The Perils of Inaction

During Europe's Second Jewish Century Suicide Attempt six million precious jews were murdered by "not-sees" in homicidal gas chambers. This is not a joke. You're honestly expected to believe this. In fact, if you're not conversant in ridiculous Soviet war propaganda it represents a massive failure of the educational-industrial complex. Fortunately, the same powerless and innocent merchants who were massacred because of irrational hate born from jealousy are here to make sure another generation will be carefully taught in these semitic absurdities. We need a lot more holohoax education to ensure that any criticism of the atrocious jew behavior in our rotting globalist bodega can be easily swatted aside by wailing about a horrible crime that never happened.

For Holocaust survivors like Charles Rotmil, the genocide committed against Jews by Nazi Germany in World War II should not be an optional subject in public education.

Rotmil here is our greatest ally. This alien con artist and its vile tribe are the moral superiors we must look to for guidance. Something called "nazis" performed a genocide that left legions of "survivors" eager to shame the shkotzim. You deserve to become a hated minority in the country your ancestors built because I was "gassed" six times without result.

“We need to know what happened during this period so that it will never happen again,” Rotmil, 88, of Portland, told members of the Legislature’s Education and Cultural Affairs Committee Monday.

As a child, Rotmil was rescued and hidden by monks in Belgium at age 7. He and his brother survived the war, but his mother and sister died in a train crash and his father was arrested by the Nazis and executed in the gas chambers at Auschwitz.

I was about to catch the world's biggest fish when I was hidden by monks and lived in a monastery or whatever while Europe was being bled out on the altar of war. Then a train, presumably an evil "nazi" one, killed most of my family and dad got the gas and this is all absolutely true.

Rotmil has told his stories of survival to thousands of Maine students over the years. He said mandating education around genocide, which persists today in countries around the world, is key to preventing it.

While Whites become the official scapegoat for the massive failings of our "multi-cult" stuck toilet, we must worry about protecting the vile kosher plutocrats who rule over us. I told my insulting lies to thousands of cattle, but much more needs to be done.

Similar bills were approved by lawmakers in 2020 but were left in limbo when the Legislature adjourned ahead of the onset of the COVID-19 pandemic in Maine.

The only good thing to come from the COHEN-19 panic.

Tar monsters are battering Orientals, so we need to hear from this semitic grifter.

“This underscores the importance of combating racism, bigotry and hate,” Luchini said. “It’s a truly difficult task that we face and we must counter it from different angles. The rationale for this bill is education will play a critical role in stemming these things. Children aren’t born with hate or bigotry, it’s something that is developed over time, and by teaching this early to students they can learn the dangers of hate and intolerance and the perils of inaction.”

Heidi Omlor, the teacher of the course at Ellsworth High School, said in the decades after the Holocaust claimed six million Jewish lives, other genocides, including in Cambodia, Bosnia, Rwanda, Sudan and Syria, have claimed at least another six million lives.

Other genocides of equal value? Whoa, cool it with the anti-semitic remarks!

“Everyday there are headlines that remind us of the forces that are behind these acts of genocide and the question remains of why do these acts keep happening?” Omlor asked.

I'm just spitballing here, but it might have something to do with the fact that humans are tribal by nature and we deny this nature at our own peril.

“My belief is that the answer is education and the fact that it is often severely lacking. As educators, we promote the idea that education is the key to many things; jobs, higher socioeconomic status, healthier lifestyles, and I would add genocide prevention.”

"Education" will solve all our problems. Is there a bigger kosher snow job?

We're getting rid of those advanced mathematics classes because they're "racist" and a lot of you don't even know about the shrunken heads, the fire pits, the bear and eagle symbolic death tag team, the skull smashing machines or how a jew went years without water by putting a pebble in its mouth.

There were 40,000 concentration camps?!? I've got nothing. This clearly happened.

“I was one of these people,” Sawyer said. “After learning about these genocides my life has changed. I realize that education is an important part of preventing future genocides.”

I'm going to have no children and spend my life as a useful idiot for scumbags who want me violently dead.

We haven't had an afromania outbreak in several minutes, after all. Look at poor Toby in kosher chains. The merchant sold this vile creature. This is all your fault, embattled White population.

In a state that is mostly white, Black history is often treated only as an “addendum” in public school, said Pambou, a member of her school’s Black Student Union.

There's only so much mileage you can get out of "These comically inferior genetic aliens made mud huts and wallowed in filth and ignorance for centuries, then got enslaved by the chosen."

“In addition, the extreme violence experienced by African-Americans and Black people is often minimized.”

Another bill requiring genocide education, sponsored by Rep. Justin Fecteau, R-Augusta, is also before the committee.

Vote Loser Party, it does a lot of good.

“Figures have ranged widely given the lack of tracking and technology, but I believe we can all agree the 20th century was the bloodiest time in human history,” Fecteau said.

Yeah. 100 million dead from jewish communism will give you that.

“We should require that this stark reminder be taught to every single one of our Maine children.” He called genocide, “the most putrid and horrendous thing that humans do to their own kind.”

There is only one race, the human race. No one was specially chosen by g*d. We're all the same. I'm being asked to stand in front of a wall. 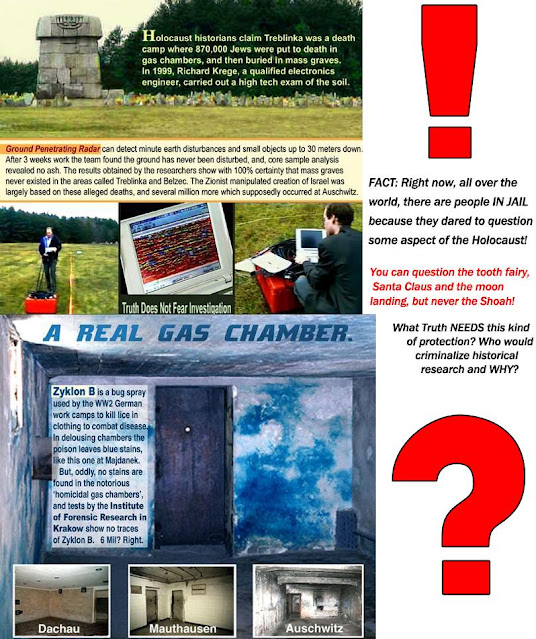