Despite the stunning and brave decision by Chicago's pervert alien mystery meat mayor to finally defeat "racism" with formal discrimination against Whites, it seems there's a bit of a delay in the improvement of the dusky charges of slot-licking E.T. In the Chiraq all against all we see the future of our entire jew-run globalist bodega if we fail: creatures straight from a nightmare displaying the appalling content of their character while the vanishing Legacy Population serves as the scapegoat for this vile pathology. The rot continues to spread, while our ancestral homeland is loaded into the kosher crematory. There is no place left to run. We need our own nation. The "multi-cult" semitic experiment has failed, as was always the intention.

At least 55 people were shot across Chicago over the weekend, 12 of them fatally, including a 15-year-old boy who was shot in the head on the front porch of a home in Lawndale, and three double homicides.

The "busy season" is here. Vilifying the police and eroding the rule of law isn't working. Who could have predicted this? Although there is a slight decline in "racism" accusations, we're stacking nigga bodies (Ah!) to the ceiling. You'll get the bill. You'll get the blame. We're going to have to move a few thousand Chiraq "refugees" into your White neighborhood. Better go along with it so you can get into Sugarcandy Mountain.

Dajon Gater, 15, was on the front porch of a home in the 3900 block of West Lexington Street around 11:50 p.m. Friday, when two people approached him, pulled out guns, and started shooting, according to police and the Cook County Medical Examiner’s office.

A good boy was studying college prep materials on the porch when "people" approached. This happened because there isn't enough open hatred aimed at an embattled White population. We need to completely remove the pink people from everything.

He was rushed to the Mount Sinai Hospital in critical condition but died a few hours later.

Heroic and expensive medical care fails to save a genetic alien. Please send a check payable to "cash" to your occupational government to help cover the failed attempts by the dyke mayor to plug the holes in Dajon.

About 90 minutes earlier, a 23-year-old woman and an 18-year-old man were fatally shot after a fight at a liquor store at 501 N. Kedzie Av. in Humboldt Park.

The rich tapestry of the "African-American" experience. The only difference is the color of their skin. A spirited debate over alternative energy sources goes wrong.

Things turned physical, and one of the men reached for a gun and shot the woman in the torso. Workers at the store said the gunman also shot the 18-year-old as he stood in the doorway.

Let's geeeettt phee-seee-call. I need new ways of saying "one negro shot another." I tell you folks, it's harder than it looks.

That’s when everything spilled into the parking lot, where the woman collapsed on the pavement and the teen ran off.

Soon to be "spilling" into your formerly safe suburb.

The Cook County Medical examiner’s office has identified the woman as 23-year-old Destiny Nunez, and the 18-year-old as Adrian Navarro.

See, it wasn't all "blacks," you horrible bigot. It was also la-teen-oh filth.

Shortly before 2 a.m. Saturday, two men were standing outside in the 4000 block of West Wilcox Street in West Garfield Park, when someone walked up and shot them both, police said.

The "Platinum Plan" would have fixed this, but a vile dementia case is the most popular candidate in American history. We'll just have to wait for the "infrastructure bill" to completely destroy our economy on behalf of brown looters.

A 24-year-old man identified as Haniff Collins was shot in the head, neck, chest, and leg, and was pronounced dead at Loretto Hospital.

A tar monster holds enough corn to solve the famine in Zimbabwe (Come back Whitey, we dyin' hee-ah!).

A 28-year-old man identified as Derrick McCampbell was shot in the chest, torso, and arm, and was pronounced dead at Stroger Hospital.

The heavy semi-human price of the Chiraq monkeyshines.

Around 7:30 p.m. Saturday, one man was killed and two others were wounded in a drive-by shooting in the Washington Park neighborhood. Police said the victims were standing on the sidewalk on the 5500 block of South Michigan Avenue, when people in two passing vehicles — a gray Jeep and a blue Acura — started shooting.

You need to be less White. The idea of a so-called "correct" answer is "colonization."

At 12:14 a.m. Sunday, a 49-year-old man was standing outside in the 0-99 block of North Kilbourn Avenue in the West Garfield Park neighborhood, when a man got out of a silver sedan and fired shots – striking the victim multiple times in the face and body. The victim was pronounced dead at the scene.

At 8:42 p.m. Sunday, police were called to the 4600 block of South Federal Street in Bronzeville and found two men unresponsive in a car. Both of the men had suffered multiple gunshot wounds to their bodies and were taken to the University of Chicago Medical Center in grave condition.

Our "community policing on steroids" is primarily a dead coal creature disposal service after they sat in a car with predictable results.

Around 1:30 a.m. Monday, officers responding to a ShotSpotter alert of gunfire on the 4500 block of West Maypole in West Garfield Park found a 56-year-old man lying on the street with a gunshot wound to the neck. He was taken to Stroger Hospital, where he was pronounced dead.

Miracle technology allowed us to quickly remove the remains of the world's oldest "teen."

On Sunday at 2:52 p.m., four men were shot and wounded in the Humboldt Park neighborhood. The men were in the street in the 3300 block of West Ohio Street when a vehicle pulled up and someone inside shot them all.

Another jungle monster mass shooting to get in the memory hole.

Illinois State Police said shortly after midnight, a vehicle was headed west on the Eisenhower Expressway ramp to Austin Boulevard, when someone in another vehicle started shooting.

This isn't Liberia, if you can believe it. 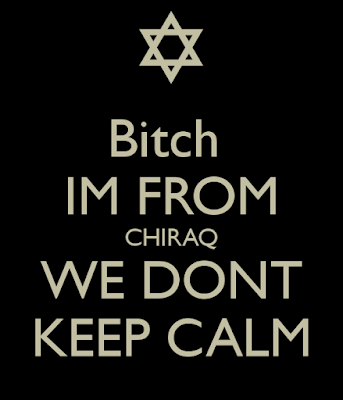