At least 59 people were shot over the weekend in Chicago, five of them fatally.

Despite the incredibly successful efforts to reach out to the primitive humanoids squatting in decaying ruins, the numbers are not good. We need to get that "infrastructure" bill passed right away.

Among the incidents was a mass shooting that left eight people injured in the Burnside neighborhood.

If you had "another negro mass shooting for the memory hole" on your Chicongo weekend shooting bingo card you can go ahead and fill it in. You're not going to beat me: I've got "sitting in a car gone wrong," "standing in an alley," "Jesse Owens act" and "ShotSpotter" all in a line with the free space of "city leadership ignores this appalling crisis."

While pregaming for church, innocent and noble nightmare monsters get zapped by a silver sedan with a coal black lining. This is democracy: worthless genetic aliens "holding corn" in the "booty." These are your equals.

The first homicide of the weekend happened around 7:25 p.m. Friday in the North Austin neighborhood. Police said a 23-year-old man was in a back yard in the 5200 block of West LeMoyne Street, when someone shot him in the head and fled the scene.

A promising career serving as a living garden sculpture is tragically cut short when homie takes it to the "dome."

The victim, identified as Michael Cooper, was taken to the hospital, where he was pronounced dead, according to police and the Cook County Medical Examiner’s office.

Did you know that Whites destroyed Tulsa's Little Wakanda a hundred years ago?

Shortly after 9:20 p.m. Friday, a 42-year-old man was walking on the sidewalk on the 5600 block of South Marshfield Avenue in Englewood, when someone in a white sedan shot him in the head.

Are we seeing improvements in "African-American" marksmanship? Big if true.

The victim, identified as Jermaine Sanders, was taken to University of Chicago Medical Center, where he was pronounced dead.

This was a fully human bar code within our globalist kosher bodega. I'm all broken up.

Shortly after 10 p.m. Friday, 24-year-old Latrell Goodwin was found in his vehicle in the 1300 block of West Roosevelt Road in the University Village neighborhood, with gunshot wounds to his head and chest.

The worthless burden didn't make it. You'll have to watch Hottentots "twerk" on a police car from negro heaven, Latrell.

Around 1:30 a.m. Saturday, officers responded to a ShotSpotter alert of gunfire on the 1300 block of North Mayfield Avenue in North Austin, and found an unidentified man lying in the street with gunshot wounds to the head and chest. He was pronounced dead at the scene.

The rich tapestry of the "blatt" experience.

At 2 a.m. Sunday, a man was shot and critically wounded near the Riverwalk and Wabash Avenue right in the Loop. He was taken to Northwestern Memorial Hospital in critical condition.

Visit the Pearl of the Midwest and check out the Riverwalk! Encounter vibrant "diversity!"

There was also another shooting this weekend on the Dan Ryan Expressway. Around 3 a.m. Sunday, a person was driving on the outbound Dan Ryan at 47th Street when they were shot and wounded. They were taken to St. Bernard Hospital in an unknown condition.

The road to nowhere. The alien dyke mayor defeated "racism" by discriminating against Whites.

Near the same location at 11:51 p.m. Friday, a vehicle was struck by gunfire, but no one was injured.

Against all odds the "whip" saves its doomed alien occupant.

At 4:58 p.m. Sunday, a 19-year-old man was in the alley behind the 1100 block of North Lawndale Avenue in Humboldt Park when he heard shots and felt pain. He was shot in the back and arm and was taken to Stroger Hospital of Cook County in good condition. 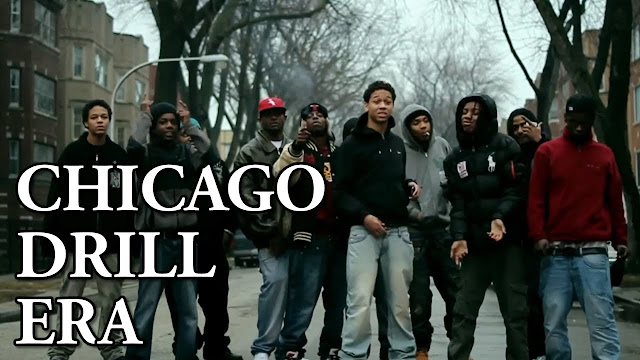