In the carcass of the U.S.S.A. we have reached the stage of White genocide where open calls for our destruction are now being made by our criminal semitic government, the educational-industrial complex and the kosher media. The days of bizarre coded language about "diversity" and "White wounding" and "more needs to be done" are over, replaced by blatant attacks by the jew and the dark horde it uses as a biological weapon. We are the hated scapegoat, we are the two minutes hate subject, we are facing organized attacks. We're not going to survive as a hated minority. Instead, we'll get South Africa. The only solution is our own nation. The mask has slipped, the demonic yid isn't even pretending they don't want another Holodomor. The long undeclared war against our people is over. There's now a formal declaration, fresh from the synagogue and clutched by blood-soaked brown paws. It's coming to your upscale neighborhood.

A father-of-three out jogging on Saturday morning in Atlanta's wealthiest neighborhood, Buckhead, was shot twice by a 'mentally ill' man who police say also opened fire on two other people and mowed down a neighbor with his car.

Having a primitive brain that's totally incompatible with a civilized nation is now "mental illness," just like when the poisonous mushroom was claiming we were jailing and executing retards when it was just ordinary negro aliens. At some point, the same vile groids who terrorize our urban zoos are going to figure out they can kill pink people and the consequences will be the same, i.e. none. The tribal warfare is arriving in your wealthy bubble and our tribe still isn't ready.

Atlanta police arrested and charged 22-year-old Gaelen Newsom with attempted murder, three counts of aggravated assault and two counts of possession of a firearm during a crime in connection with the weekend crime spree.

Expect this worthless nightmare creature to be severely punished by a "racist" justice system that routinely gives much harsher sentences to "African-Americans" for the exact same crimes.

The first shooting was in the 1200 block of West Wesley Road in Buckhead, Atlanta's richest section, which has been making a push to form its own police force and secede from the rest of the city amid skyrocketing crime rates.

Despite efforts to join Greater Idaho, I'm afraid you're still part of New Liberia. We need our own police, our own laws, our own rulers and our own country. This is the only sane way forward. America lost its mind and took its own life.

White privilege! We gots demm mentally ill soul brothas busting on those bleach demons who only succeeded because being White is a huge advantage in a sick society where we are vilified.

Anne Worrell said her husband, 41-year-old Andrew Worrell, was out for his regular 3-mile morning run when she got a call at 8.40am from a stranger saying her spouse had been shot.

Don't worry, if he dies I'm sure it will be national news and there will be a good coffin and several funerals.

In a Facebook post from Saturday afternoon, Anne revealed that her husband was about a mile into his run when a car approached him.

Driving while "black." It's a fellow "jogger" behind the wheel.

'He thought they may be asking for directions so he stopped,' recounted the wife. 'The very tinted window rolled down and the guy pointed a gun at him and shot him, hit him in the upper thigh.

"Let me help you out, buddy." Typical White behavior.

'The guy shot again but missed him as Andrew dove behind a tree. The guy fled. Andrew called 911 and flagged down a couple wonderful people who called me and took off their shirt and tried to stop the bleeding. They stayed with him until police, fire and paramedics arrived.'

You need to be armed. Luckily, my high trust White community is there to help. In Chiraq the "five oh" would have found the body eight hours later. We're not equal.

His wife wrote in a Facebook update on Sunday that her husband was on IV antibiotics to avoid getting an infection from the bullets. She said he could be discharged as early as Monday.

Sorry to take a break from posting pictures of food and vacations on the jewish information gathering site, but my husband is holding corn right now. Each "like" will help the antibiotics prevent infection. The death of a nation has a dignity all its own.

Meanwhile, as Andrew Worrell was being taken to the hospital on Saturday morning, police received calls that two more joggers in the area had been targeted by gunfire, though neither was hit, Deputy Atlanta Police Chief Charles Hampton Jr. told news outlets.

I should stress these are more free-range Eloi engaged in light exercise and not "joggers" as defined by your talmudvision.

Police found a Kia Forte that matched that description about three hours later, at 11.30am, when the car’s driver ran into a man taking out the trash at the Collier Ridge Apartments complex at 1714 Noble Creek Drive.

Looks like you've got some more trash to throw out.

Atlanta police said the victim, described as a man in his 20s, was seriously injured, having been pinned between the sedan and an unoccupied pickup truck. He was rushed the same hospital as Worrell for surgery.

Maybe you can share a room or something. Make sure you wear your "makks" and take a poison vaccine to save lives.

Inside the vehicle, they also found shell casings from fired bullets. Hampton said investigators believed the casings will match bullets fired at the joggers.

Yeah. I think your crazy hunch might actually be vindicated.

'We have information that he may have been suffering from some type of mental health crisis,' Hampton said of Newsom.

We're already laying the groundwork for a slap on the wrist, if that, from a Soros D.A. It wanted to kill Whites.

Buckhead has seen several high-profile instances of violence in recent months, including the fatal shooting of a 7-year-old girl in December.

There's nowhere left to run. Survival or destruction, those are the choices. The grave doesn't care if you had a head full of "virtuous" thoughts placed there by a demonic jewish enemy that wants our complete annihilation.

The sharp increase in crime rates has prompted Buckhead's residents to form the Buckhead Exploratory Committee to create its own police force and look into the possibility of breaking away from Atlanta, after around 200 officers left the city's police force in the wake of the shooting death of black man Rayshard Brooks by a white cop in June 2020.

It's time to get organized. We have to save ourselves, there will be no miracle.

City officials have opposed the idea to separate the wealthy, largely white neighborhood from the rest of Atlanta, which is predominantly black, arguing it would siphon away much of the city's tax base and, in turn, its budget.

Keep paying, keep dying. What a bargain for you, goyim. 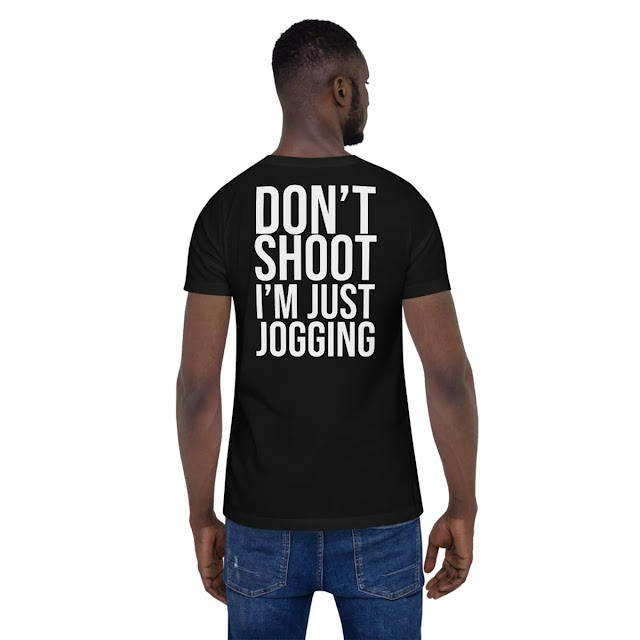