Open and undisguised hatred of Whites is rapidly replacing negro worship and even sodomy as the closest thing to a national vision we have in the North American Globalist Kosher Bodega. Any hope that strident calls for our extermination would wait until we're a hated minority in our ancestral homelands can be discarded: it's here. You can't turn around without hearing an ugly alien with a number six nose and a weird little cap loudly encouraging the worthless brown horde they sold us as an "economic necessity" to kill us. As a communist might say, "speech is violence." A quick glance at the contents of the memory hole will quickly confirm it's now open season on Legacy America, even in "safe and affluent" areas. Whites got a little too uppity, thinking we could Democracy our way out of this semitic mess. Now we must pay. Jews will be at the center of this genocidal process and may be resented.

The Journal of the American Psychoanalytic Association published a research article in May that describes being white as “a malignant, parasitic-like condition,” and a dangerous, discriminatory, and perverse mental condition.

The Sigmund Fraud Appreciation Society takes a break from pushing child genital mutilation in favor of their other favorite topic. We must deal with those malignant parasites in the Ukraine, comrade. Look at your "perverse mental condition," you bleach demon. Get in the grave. This is almost comically blatant. The mask has slipped. Genocide was always the goal.

Written by Donald Moss, an author and activist, the article entitled “On Having Whiteness,” explains that whiteness establishes an “entitled dominion” that enables the “host” of “parasitic whiteness” to have “power without limit, force without restriction, violence without mercy,” adding that it has a drive to “hate, and terrorize.”

Kosher psychoanalysis. Deranged hatred of the goyim. Projection. "Moss." Sounds familiar. Let's turn on the E.S.T. detector and see if we can get a reading.

Moss claims whiteness “easily infiltrates even groups founded on the protection of individuals, on democratic principles.”

Yeah. Since muh democracy and the concept of individual value are White ideas completely alien to any of the lower races, it's really not surprising.

While Moss opens his paper by claiming that “No clear path links my argument to that of my predecessors,” his article is not by any means the first time that scholars have endeavored to establish “whiteness” as an institutionally recognized pathology that requires treatment or a cure.

(((Scholars))). Putting building materials in your anus or cutting off the penis of a child is healthy. Whites are sick and need to die, maybe via an engineered famine.

Take for example, Noel Ignatiev, a now-deceased historian, Harvard lecturer, and former member of the Communist Party who founded a journal titled “Race Traitor,” whose motto was “Treason to whiteness is loyalty to humanity.”

Wow, look at this "fellow White" betraying its own people. That's the explanation, right? It couldn't be the poisonous mushroom again. Let's see if we've found another strange coincidence.

Ignatiev wrote an article for the Harvard Magazine entitled “Abolish the White Race,” in which he argued that “The goal of abolishing the white race is on its face so desirable that some may find it hard to believe that it could incur any opposition other than from committed white supremacists.”

If you're against your own destruction, you must be an evil "not-see." The precious six million lost! We used to arrest the poor innocent schwoogie after it committed crimes! Whites bombed negro Wall Street!

Ignatiev, who believed that race was a socially constructed pathology rather than a biological reality, contended that “whiteness is not a culture but a privilege.”

Meet the "social construct" that can be demonstrated with DNA, skull shape, nostril size, hair, etc. I can't believe shlomo lied to us in service of its insane hatred for "America for Israel!" Eloi.

“I write about ‘Whiteness,’ a condition that generates racism and I explicitly distinguish it from ‘whiteness,’ a marker of racial identity. I write that white people are particularly susceptible to the pathology of ‘Whiteness.’

This word salad is full of deep meaning. The jew is our greatest ally. We must worship them so we can get into Sugarcandy Mountain.

This story comes just after it was discovered that the Yale School of Medicine’s Department of Child Study Center hosted a racist lecturer who fantasized about “unloading a revolver into the heads of any white person that got in my way” and burying them “like I did the world a f-cking favor.”

I'm sure this vile brown "racist" will be severely punished by an organized anti-White system.

The abstract of Moss’s article “On Having Whiteness” concludes with an ominous line, referencing whiteness and noting that “There is not yet a permanent cure.”

What could this mean? Take your Whiteness vaccine, gentile. We'll inject it right behind your ear. 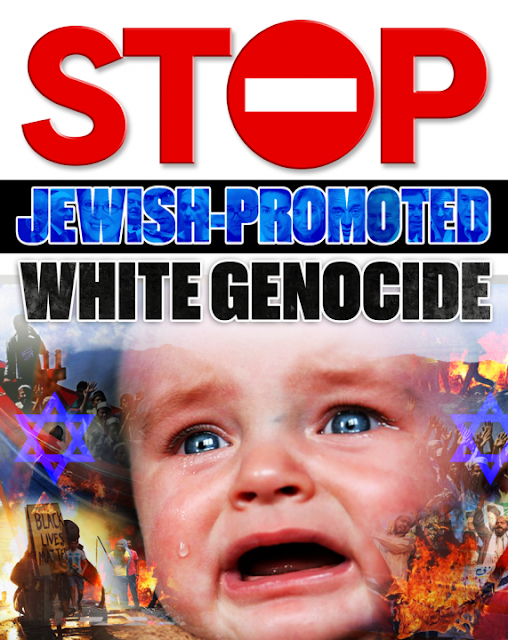