We are very close to fixing the Chiraq all against all and preventing it from becoming a cold weather version of Liberia, but much more needs to be done. Despite promising numbers, like only 47 dark humanoids blasted last weekend, the Midwest Mogadishu could be doing even better. Fortunately, the wise and noble leadership has another bold initiative that has "success" written all over it. No, it's not the giant net. Instead, we're going to deploy mental health workers into the all against all to help creatures straight from a nightmare get dey hedds raht. There is no possible way this can fail.

Mental health professionals will be sent out to respond to some 911 calls in Chicago instead of cops, following defund the police protests and a number of police killings of mentally-unwell people.

Now we'll send Sigmund Fraud into the tribal war zone like a missionary entering darkest Africa. How did you feel when you zapped a simian sitting in a car? Could this be a result of your bad relationship with your "ratchet" single mother who don't need no man? The real problem with the worthless inferiors is clearly "mental illness." Compare this to stories from a few decades ago, when the fraud news claimed the evil system was imprisoning and executing mental retards, but it was just groids with I.Q. scores well within the normal range for their failed race. Now the high aggression, lack of future time orientation and inability to connect cause and effect typically found in the coal creature is actually some kind of brain sickness we can fix by talking at it.

The city is launching a two-part 'alternative response' pilot program this fall that takes a more public health approach to responding to 911 calls for mental health emergencies.

We're going to be hearing about a lot of therapists "holding corn" if they're actually irresponsible enough to go forward with this doomed lunacy.

The initiatives aim to both ensure people suffering a mental health crisis get the help they need rather than face criminalization and free police up for tackling crime, amid a mass exodus of cops from the force.

Maybe we could give the mental health workers blue uniforms, badges, guns and handcuffs and have them go out and detain, or "arrest" if you will, the "mental illness."

A total of 363 officers retired from the Chicago Police Department between January and June this year, with another 56 on track to quit in July, according to figures from the police pension board.

No one wants to do a dangerous and vilified job where you could go to prison for doing exactly what you were taught to do, if you can believe it.

With only around 13,000 cops remaining, Fox News reported that Chicago's 117,000 gang members now outnumber officers by roughly 10 to one, at a time when the Windy City is facing a surge in violent crime.

Can you count suckas?

More than 100 people were shot and at least 17 killed over July 4 weekend alone, while shootings have spiked 11 percent so far in 2021 compared to the same period last year.

You would think the summer of "black" lives splatter during a national psychotic break would set a mark that would stand for awhile, but never underestimate the Chicongo "drillah."

A second program will involve sending a paramedic with a 'recovery specialist' for calls relating to substance abuse, the outlet reported.

Get out there and reason with this crazed drugged-up primitive.

It is not fully clear how 911 dispatchers will determine which calls should be responded to by police officers or by mental health professionals.

There are a few vagaries to this otherwise extremely solid plan.

The wise slot-licking alien has another great idea. At this point you can only shake your head. Get out of the city. Make sure you're armed. Get to know your White neighbors. No one is coming to our rescue.

The city's new approach to mental health calls comes in the wake of two high-profile police killings of teens who were suffering from mental health episodes.

Yes, everything is burning and we're setting new records for jungle warfare, but we haven't been accused of being "racist" for several hours.

Laquan McDonald, a 17-year-old black teen, was shot and killed by Chicago police Officer Jason Van Dyke in 2014 in the West Side of the city.

Unarmed armed groid gets "limited," White man serves as scapegoat. Stop me if any of this sounds familiar.

McDonald had learning disabilities and complex mental health diagnoses, having been hospitalized three times for psychiatric issues and arrested 26 times before his death.

This vile animal was dumb as a brick and had a really complex "Can I eat, smoke or fornicate with this?" thought life going on behind a heavily sloped forehead and brow ridge. It also kept getting in trouble. The world is much worse for losing this dog turd.

Four years on form his killing, Van Dyke was found guilty of second-degree murder and 16 counts of aggravated battery over the shooting and was sentenced to seven years in prison.

One year after McDonald's murder, 19-year-old student Quintonio LeGrier was shot and killed by cops the day after Christmas Day 2015.

Freaking Quintonio, man. This monster is your equal. It was shot for no reason by "racist" police. You're expected to believe this kosher drivel.

LeGrier was carrying a bat when officers responded to a call at his father's home.

From now on you can call me Bat Man. I want all the White kids to stand up.

Just another day in an area annexed by the Latin American sewer and the African jungle.

LeGrier was an engineering student at Northern Illinois University and had started showing signs of poor mental health and had been admitted involuntarily to a hospital for a psychiatric evaluation.

Dis nikka gwine bee en-gin-ear. The mythical "one good one" was sick in the head. There actually was a psychiatric intervention that failed, but I guess we're not supposed to notice that.

The morning he was killed he had called 911 three times in mental distress claiming someone was threatening his life. One 911 dispatcher hung up the call on the teen.

Chicago Police pension board figures reveal more cops have left the force so far in 2021 than did in the whole of 2018.

Wow. Who could have predicted this?

The latest crime data from Chicago PD shows there have been 1,688 shooting incidents from January through July 11 this year. This marks an 11 percent increase on the 1,515 recorded in the same period last year.

I know it looks bad, but did you know they smoked a well-behaved negro in the midst of the Henry Aaron act?

July 4 marked a particularly bloody weekend for the city with at least 108 people shot, 17 fatally, between July 2 and July 4.

The beam's red glare, the "bootys" twerking in the air, gave proof through the night that our "whip" was still there. 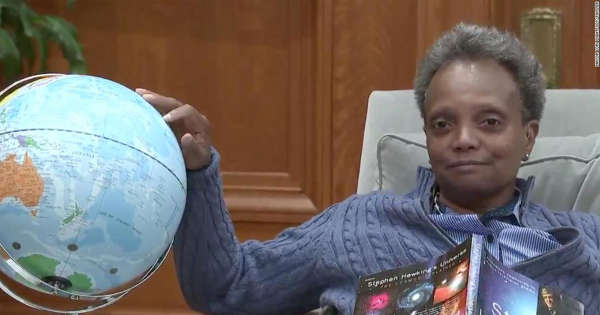