Today's story is definitely a novelty: an actual look at how well "dem programs" are doing in the Chiraq all against all. It's very rare to get even a cursory postmortem of the wasteful attempts to change genetic reality by pouring shekels down the yawning crevasse that is the American negro, so when we actually do it's a little surprising. I wonder how much the "more needs to done" waste accomplished. A lot, I'm guessing. Once we get rid of the "five oh," pay "slabery rep-ah-muh-ray-shuns" and turn a Midwestern city into Monrovia the tar creature should start behaving like a low quality White, but until then let's take this moment to appreciate all that has been done to improve a failed race of dangerous inferiors.

Last year, Mayor Lori Lightfoot unveiled an ambitious plan to narrow Chicago’s "safety gap" — the deep disparity among neighborhoods where some residents are 42 times more likely to be shot.

The appalling content of their character is now called the "safety gap" and it can be repaired by an alien pervert's uh-maze-in vision. Soon we'll be fixing this shortfall in Rwanda and Sudan, but first we've got a jungle all against all right outside our door. For purely economic reasons, they're 42 times more likely to "hold corn."

The plan, "Our City, Our Safety," proposed flooding the 15 most violent community areas with resources — not just violence intervention programs but help with jobs and housing and health.

New African Tree Hockey courts, sinecures, vertical ghettos and plenty of "makks" and poison jew jabs. You'll get the bill. Now to sit back and watch them transmute into something resembling an actual human.

But nearly a year into the effort, gun violence is up in at least nine of the areas.

Wow, that's some bad luck. Who could have predicted this?

The numbers are far starker when you look at how crime has risen since 2019, when Lightfoot took office, before the current spike in gun violence swept the city and the country.

The tribal warfare was bad even before our national psychotic break.

It might be time to cancel that dream summer vacation to one of the directional Lawndales.

Yet the administration has yet to funnel any extra assistance to some of those dangerous neighborhoods, particularly on the Far South Side, according to the city’s website. The West Pullman community area, for example, has received none of the $36 million released by City Hall under the plan this year.

In a few months, the Lightfoot administration will announce how much of $1.8 billion in federal stimulus aid should go to West Pullman and the other neighborhoods it has targeted — neighborhoods that have accounted for 50% of the violence in Chicago over the last three years.

Keep working hard and paying those taxes, slave. The money goes to great causes. Put on your bitch-rag. Where's your "covi-pass," you scumbag?

Experts in the field — some of them involved in the debates over what to fund — say the plan is admirable, but they have serious doubts about the way it’s being implemented.

There were probably good intentions behind this doomed idiocy.

In interviews with the Sun-Times, they questioned Lightfoot’s management style and her ability to get things done.

The real problem was not getting office time every day.

They also claimed much of the money so far has been going to established outreach groups while overlooking jobs and education programs that may be more expensive and more complicated to administer.

The plan needed more wasteful spending and complexity. Thanks, "experts!"

"It’s a solid plan," said Lance Williams, urban studies professor at Northeastern Illinois University who has sat in on the funding discussions. "The problem is that there are no resources attached to the plan to make it actionable. The city’s approach is just to PR their way through the shootings."

We can miracle the "African-American" into the worst human you'll ever see, but a lot more money needs to be dumped into the Chicongo abyss.

As gun violence has continued to spike this summer, the mayor has repeatedly touted the plan as an "all hands on deck" approach that coordinates city agencies to reduce shootings.

Arrrgghhh, another coal critter shot while sitting in the land boat. Get up the rigging, swabbies!

At a closed meeting with dozens of community groups late last month, Lightfoot said progress was being made but acknowledged there was much more to be done.

This is an actual statement and not a joke. In other news, 70 got zapped this weekend.

"I feel like we’re getting traction, but it’s early in the process," she said, according to a video of the meeting. "We’re thinking of how we can elevate these policies to another level."

The free-fall toward the jagged rocks below is clearly slowing down, but it's still early in the process.

This is the real "pandemic." Inanimate objects are gaining sentience, like in "Maximum Overdrive," and hitting the brown burden.

Pressed for over two weeks to provide an accounting of all the money released through "Our City, Our Safety," City Hall said Friday a list would be published online "soon."

You'll get an itemization of the massive waste and corruption any day now.

At a police board meeting earlier this month, O’Malley said the city launched a summer violence initiative aimed at about a dozen of the city’s nearly 280 police patrol beats.

The plan is to throw this giant net over West Pullman.

Grab your four leaf clover and wish with all your might, laddie. We're going to luck our way out of this total disaster.

None of those beats, however, are located in the West Pullman community area, even though it has seen one of the highest increases in shootings. Neither O’Malley nor City Hall explained why. They also provided no numbers to back up O’Malley’s claim.

Now you've gone and "jinxed" it. 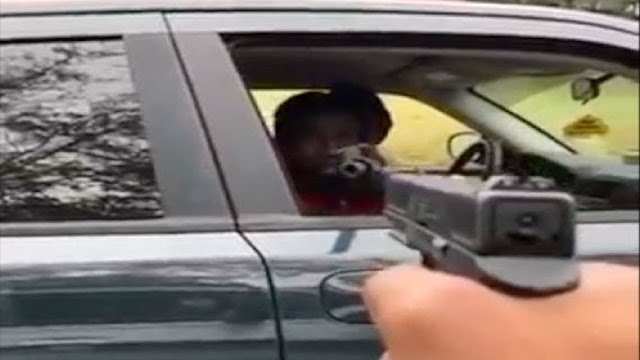