There are two major public health issues threatening our globalist kosher bodega. If you immediately thought of "obesity and the opioid epidemic," you could not be more wrong. Disgusting mongrel fat-bodies and debased Whites "vaccinating" themselves in the gutter isn't something we should worry about. The real problem is the seasonal flu and "racism," a jewish neologism that means, to the extent it even has a meaning, anything that doesn't advance the semitic goal of White genocide. Once we've defeated the common cold and hunted down the last White person we might have time to worry about the sickening collapse of our nation into a mud world hell. We might even notice the Chiraq all against all.

At least 75 people were shot over the weekend in Chicago, more than half during a 10-hour span that saw a Chicago police officer killed and three mass shootings that wounded 16 people.

Remember when the fraud news was trying to claim Whites were responsible for most "mass shootings?" Another blood libel, another cynical lie from scumbags who want us violently dead. This is the reality. Creatures straight from a nightmare "drillin" in a crumbling urban ruin.

The mass shootings occurred about an hour apart in Gresham on the South Side early Sunday, not long after two Chicago Police officers were shot during a traffic stop in West Englewood.

We need to "defund" the police. It's time to start sending social workers to shake a finger at the West Englewood carnage.

One of the officers, Ella French, 29, died in the shooting, which occurred shortly after 9 p.m. at 63rd Street and Bell Avenue. Her partner remained in critical condition at the University of Chicago Medical Center.

There will be no gold coffin or four funerals for a woman who we wisely sent into the Chicongo war zone. Don't expect any marches or red-faced speeches from elected tapeworms. There is only the silence of the grave. I heard America is back.

The first mass shooting was at a lounge in the 1800 block of West 87th Street on the South Side, police said. Around 2:05 a.m., a 24-year old man started shooting after getting into an argument with a a 37-year-old man, police said.

A spirited discussion about the Austrian School economic model or the feasibility of space tourism ends with a pathetic outburst of moronic violence. This is your equal. You have to keep paying. You're evil. You need to die.

The older man was shot twice in the neck and three times in the back. He died at Christ Medical Center in Oak Lawn, police said.

I really hope we pass that totally insane "infrastructure" bill so we can start fixing the negro. The last sixty years don't count.

The 24-year-old was shot eight times and was taken to Christ Medical Center in Oak Lawn in critical condition, according to the police. He was taken into custody.

You'll get the bill. 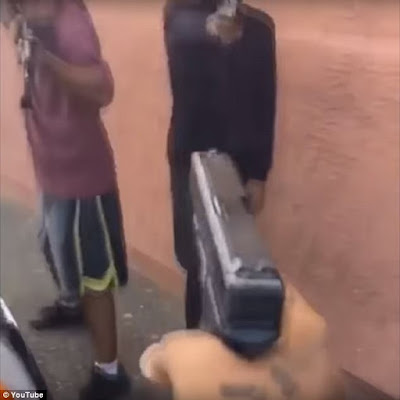 At least five others at the lounge were also shot. A man, 38, was shot once in the abdomen and taken to the University of Chicago Medical Center in critical condition, police said. Also taken to that hospital were a 23-year-old man, grazed in the face, and a 37-year-old woman shot in the back. Their conditions were stabilized, police said.

This is the worst tragedy imaginable. All that gunfire and only one genetic alien died.

About an hour earlier and about two miles away, a gunman opened fire following an altercation with two security guards who wouldn’t let him into a club in the 8300 block of South Halsted Street, police said.

At least three other people standing nearby were shot, police said. Two males, ages unknown, were each shot in the leg and went to Little Company of Mary, police said. A man, 21, was shot in the chin and taken to the University of Chicago where his condition was stabilized, police said.

My evening of tribal dancing and jungle mating rituals is ruined when I ended up "holding corn."

Just before 12:25 a.m. Sunday, three people were shot while at a gathering outside in the 11400 block of South Throop Street in Morgan Park on the Far South Side, police said.

I sincerely hope you real azz nikkas were staying six feet apart before you got smoked. There's a deadly "pandemic."

We painfully emerged from the swamp of superstition and ignorance over the course of millennia with the final end goal of pulling bullets out of the "booty" of a proud black woman who don't need no man.

They were both taken to Christ where their conditions were stabilized, police said.

LOL, you can actually see the writer giving up as we go. Who is it that they say I am?

Another man, 24, was grazed in his leg and was treated and released at the scene, police said.

This dangerous inferior was not taken to Christ.

A man was fatally shot in the South Loop on the Near South Side. Just before 2 a.m., the victim, 24, was shot three times in his abdomen in the 2200 block of South Michigan Avenue, police said. He was taken to Northwestern Memorial Hospital where he was pronounced dead, police said.

Don't worry, it will still vote in the next election.

A person was found shot to death in a car on the Southwest Side. Just before 1:00 a.m., a man, 47, was found unresponsive with a gunshot wound to his torso in the 3000 block of West 38th Street, police said. He was taken to Mount Sinai Hospital where he was pronounced dead, police said. He has not been identified.

Sitting in a car gone wrong. You're not even learning anything on the street. I want all the White kids to stand up.

About 11:40 a.m., the men, 30 and 62, were standing on the sidewalk in the 5400 block of West Augusta Boulevard when two people approached and fired, police said.

The careful instruction in silverback wisdom is ruined by a walk-by shooting.

Fifty other people, including two boys 16 and 17, were shot across Chicago over the weekend.

50 other coal creatures got it, but I'm not trying to write a novel here.

The new plan of demanding more office time and discriminating against White reporters doesn't seem to be working. 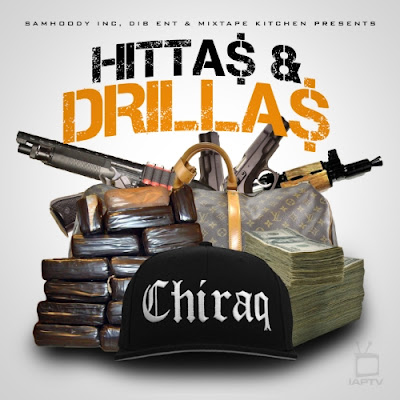