Everywhere the jew goes they seem to encounter bigotry and persecution that has nothing whatsoever to do with their appalling behavior and is probably caused by "jealousy." There sure are a lot of jealous people out there; over a hundred countries worth. Fortunately, we live in a age where we can fight back against the evil hate-filled "nawzees" by a systematic top-down campaign of censorship and Speech Crime imprisonments. This is obviously a great thing for a free and open democratic society, but the problem is the silencing of all dissent against the criminal alien tribe isn't as effective as we had hoped. The monsters are still out there. You're hearing from one right now. We really need to step up our war against forbidden truths.

When I think of villainous dens of anti-jewish hatred I think of Faceberg, Jewtube, Yidder and video sites where nurses post cringe videos of dance routines in the midst of a deadly "pandemic." These totally kosher operations are letting 84% of the Thought Crime get through the kosher net. Either the definition of "hate" has been changed to encompass even the mildest criticism of the criminal moloch tribe or this statistic is totally fabricated, much like the 2.5 million dead in the U.S.S.A. from the lethal Wuhan Flu.

Researchers from the Center for Countering Digital Hate (CCDH), a UK/US non-profit organisation, flagged hundreds of antisemitic posts over a six-week period earlier this year. The posts, including Nazi, neo-Nazi and white supremacist content, received up to 7.3 million impressions.

I got plenty of "likes" on a picture where I posed inside a wooden door and glass window "homicidal gas chamber" with the caption "We should turn the jews into bacon."

Although each of the 714 posts clearly violated the platforms’ policies, fewer than one in six were removed or had the associated accounts deleted after being pointed out to moderators.

My fellow bar code clearly committed Thought Crime, but it went unpunished. This is an outrage. We need to lose whatever rights still remain after "lockdown" (You know, like in a prison) number four and the mandatory "covi-pass" for you, the contemptible slave.

The report found that the platforms are particularly poor at acting on antisemitic conspiracy theories, including tropes about “Jewish puppeteers”, the Rothschild family and George Soros, as well as misinformation connecting Jewish people to the pandemic.

We finally get the real story, several paragraphs in. All the easily proven facts about Soros and the Rothschild Crime Family are actually crazy "conspiracies" from the tinfoil hat brigade. Millions starved in the Ukraine? Federal Reserve? Kalergi Plan? Come down from the spaceship and land, you weirdo.

Holocaust denial was also often left unchecked, with 80% of posts denying or downplaying the murder of 6 million Jews receiving no enforcement action whatsoever. 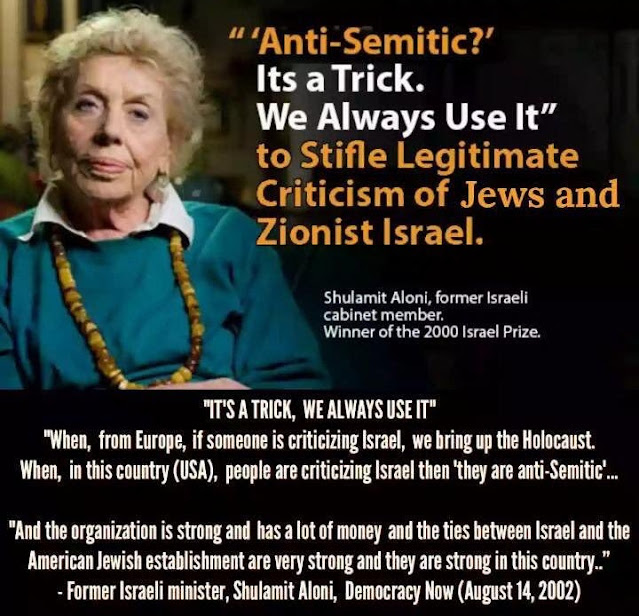 Facebook was the worst offender, acting on just 10.9% of posts, despite introducing tougher guidelines on antisemitic content last year. In November 2020, the company updated its hate speech policy to ban content that denies or distorts the Holocaust.

Jew-run information gathering honeypot fails to stop hate reality. If you don't think a jewish boy was unsuccessfully "gassed" six times, you should be banned and jailed.

However, a post promoting a viral article that claimed the Holocaust was a hoax accompanied by a falsified image of the gates of Auschwitz with a white supremacist meme was not removed after researchers reported it to moderators.

Instead, it was labelled as false information, which CCHD say contributed to it reaching hundreds of thousands of users.

We just said it was false, which isn't nearly good enough. Thousands of cattle saw it. Shut it down.

YouTube acted on 21% of reported posts, while Instagram and TikTok on around 18%. On TikTok, an app popular with teenagers, antisemitism frequently takes the form of racist abuse sent directly to Jewish users as comments on their videos.

My dancing Israelis cringe video was ruined by a comment from StormSoldierHitler1488 who said "You should go up a chimney."

The report, entitled Failure to Protect, found that the platform did not act in three out of four cases of antisemitic comments sent to Jewish users.

We need a lot more online censorship. The draconian measures already in place have failed. Every word, every facial expression, must be first approved by demonic aliens who really don't rule over us and that's a dumb conspiracy theory, just like the "Great Reset."

Forty-one videos identified by researchers as containing hateful content, which have racked up a total of 3.5m views over an average of six years, remain on YouTube.

Imran Ahmed, CEO of CCDH, said the research showed that online abuse was not about algorithms or automation, as the tech companies allowed “bigots to keep their accounts open and their hate to remain online”, even after alerting human moderators.

He said that media, which he described as “how we connect as a society”, has become a “safe space for racists” to normalise “hateful rhetoric without fear of consequences”.

Modern Heretic is my "safe space" and hug box.

“This is why social media is increasingly unsafe for Jewish people, just as it is becoming for women, Black people, Muslims, LGBT people and many other groups,” he added.

G*d's chosen, moon cultists, birthing persons, real azz nikkas, sodomites and assorted other garbage are "unsafe" because of mean comments. Outside the door, civilization is rapidly dying. Moe-ham-head had its brittle feelings hurt.

“While we have made progress in fighting antisemitism on Facebook, our work is never done,” said a spokesperson for the company, which also owns Instagram.

Much more needs to be done.

“We recognise that there’s more to do, and we’ll continue to listen and integrate stakeholders’ feedback in these ongoing efforts,” the spokesperson said.

This was followed by a series of whistling noises and repeated requests for a cracker.

YouTube said in a statement that it had “made significant progress” in removing hate speech over the last few years. “This work is ongoing and we appreciate this feedback,” said a YouTube spokesperson. 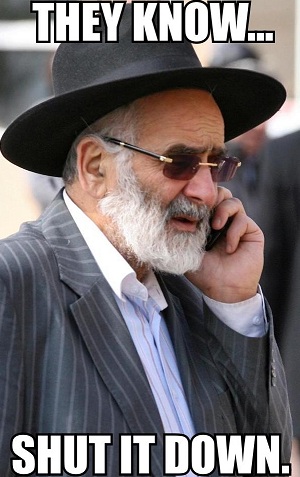