There are only two historical events that you need to be aware of as a bar code, BlackRock pod renter and vaccine lab rat in our Globalist Kosher Economic Zone. It would probably best if you didn't go into any great depth on even these. The first is the slavery of innocent tar monsters because of "racism" and it was so bad the "African-American" will probably never approximate human behavior. The other, of course, is the holocaust where six million precious jews were murdered in homicidal gas chambers because of "jealousy" and it was so bad the jew will probably never stop attacking your ancient homelands. Now it's time for your "booster" injection, you scum. Where's your "covi-pass," dirtbag? Get back inside the shipping container, you contemptible slime, we're in another "lockdown." I will put a round in you.

A few years ago, Shoshana Greenberg stood outside a building in Lodz, Poland, once owned by her family, with an old photograph in her hands and tears running down her face.

Look at the demon attempting to approximate human emotions, you better agree with its latest diabolical fraud.

Greenberg, now 74 and living in Tel Aviv, was on a quest to reclaim property lost during the Holocaust.

Muh property. I don't think you'll be able to bulldoze the homes of Polish "settlers," but I'm sure you would if you could. The precious buildings and associated profit lost to "nawzee" evil. Give the poisonous mushroom what it wants, this is the last kosher shakedown we'll ever see.

Her father was head of a prominent, wealthy Jewish family in Lodz that owned industrial buildings, residential homes and holiday properties.

A jew criminal owned sweatshops, "what a bargain for you!" rental properties (Just like our buddies at BlackRock!) and tourist traps. This is the Light of the World. I can't believe this noble chosen was sent to a work camp by the cattle it was destined to rule over.

When the Nazis came, the property was confiscated along with the family jewellery. They were forced into the Lodz ghetto.

The jew will always tell you what was done to them, but never why.

Later, Greenberg’s father and his siblings were sent to Auschwitz, and only her father survived.

My entire family up the chimney. They burned them in fire pits. They were throwing babies in the air and machine-gunning them. Huge flames were coming from the smokestacks.

After the war, the new communist government in Poland nationalised property that had been confiscated while destitute Holocaust survivors rebuilt their lives from scratch elsewhere.

The horrible anti-semitism of *squints at scrap of paper* jew communism.

Since the fall of communist Europe in 1989, most countries in the former Soviet bloc have taken steps to provide restitution and compensation to their pre-war Jewish citizens. Poland is the only major country that has not implemented such a programme – and now it is on the verge of making recompense even harder.

Based Poland battles the kosher con game. When the nightmare of communism ended, the same merchants behind this total disaster quickly shifted to a new snow job. Give us shekels, struggling and impoverished nations trying to climb out of the kosher crevasse that rent the disastrous jewish century in twain.

In the coming weeks, a new law is expected to pass its final stages in the Polish parliament that will set a 30-year time limit on legal challenges over confiscated properties, in effect axing thousands of claims.

How dare those gentiles try to set a limit on how long we can bleed them dry over a cynical fiction? Next you'll tell me I don't have to keep getting a "vaccine" every three months for the rest of my life, however short that might be.

The Polish government has said the new regulations are aimed at preventing fraud and “irregularities”.

Vut "irregularities," you meshuggah goyim! My family used to own half of Warsaw before we were "gassed." Hand it over, unclean meat.

It has also said it is “not responsible for the Holocaust, an atrocity committed by the German [occupiers]”. But many other countries – including the UK, Israel and the US – have sharply criticised the move.

The United Kaliphate and the U.S.S.A. are the champions of a global jewish racket.

Israel’s foreign ministry said: “This is not a historical debate about responsibility for the Holocaust but a moral debt of Poland to those who were its citizens and whose property was looted during the Holocaust and under the communist regime.”

The high verbal I.Q. and zero empathy version of "Gibs me dat."

Much more needs to be done. This is a totally reasonable scam, friend.

Gideon Taylor, chair of operations at the World Jewish Restitution Organisation, told the Observer that the legislation was a “terrible mistake” that would “basically eliminate any claims”.

You're making a big mistake, Poland. This will basically put an end to our crimes against your homeland and you don't want that, right?

Before the second world war, there were more than 3 million Jews living in Poland, the largest community in Europe. About 90% were killed in the Holocaust, many in the Nazi death camps. Now the Jewish population of Poland is about 10,000.

There was no decline in total jewish population, which actually somehow went up, but trust me, millions died in gas ovens and electrical floors. 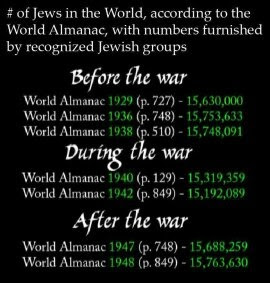 Greenberg’s father asked her to one day reclaim the family’s property. Finally in 2016, she had her day in a Polish court. “On the witness stand, I was stronger than steel. My father’s voice spoke from my mouth, in the name of my family and all 6 million Jews who died,” she said.

The new law is a further blow to Greenberg and other descendants seeking restitution. “The property does not belong to the Polish government, it belongs to my family. It doesn’t matter how many years have passed,” she said.

There is no statute of limitations on kosher nonsense.

“I hope the world will not be silent. I don’t forget and I never forgive. Never.”

This is totally compatible with my "Jay-sus loves everyone!" JUDEO-christian church. 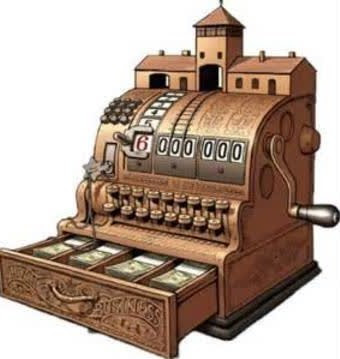