Our precious freedoms are under attack by "terrorists" who are refusing to take the poisonous jew jab and bow down to globalist kosher evil. We have always been at war with these criminals. Over the next hundred years or whatever we will win the war on the common cold, with no metrics to measure progress, no end goal and no exit strategy whatsoever. You need a rag on your face and mutagens in your body, you pathetic slave. Get back in your house. We are defeating the virus and victory will come the day after every last dissident has been hunted down. I will put a round in you. I might also do it if you lose some of my property, because we up in Chiraq now, sucker. On a weekend where 64 humanoids got blasted, today's uh-maze-in story still stands out as a staggering example of the content of their character.

A Chicago mom fatally shot her 12-year-old son in the head on Saturday morning in a rage over a missing memory card, prosecutors allege.

A memory card for the memory hole. The welfare asset got smoked by a deranged "ratchet." We're so close to turning these things into humans, just like we're getting closer to stopping the seasonal flu and turning Afghanistan into a materialist sodomite disco. Maybe scratch that last one.

Fallon Harris, 37, was charged with first-degree murder after the death of her son, Kaden Ingram, at their South Chicago home.

Expect this vile creature to get a much harsher sentence from the "racist" justice system while Whites get lesser punishments for the exact same crimes.

Kaden was found unresponsive on the kitchen floor with multiple bullet wounds to his head, and prosecutors alleged in court Sunday that Harris was caught on a home security system firing the second and fatal shot.

How are we going to blame this on the unvaccinated? You're selfish "Confederates!" Aunt Jemima got hostile because you aren't a lab rat for the jewish Great Reset.

In a Sunday court hearing, Cook County State’s Attorney Eugene Wood alleged the incident began mid-morning Saturday when Harris confronted her son over the whereabouts of a digital memory card she had taken out of her car Friday night. Wood didn’t say what was on the memory card.

The rich tapestry of the "African-American" experience. Wuh bee muh fuggin meem-ray carr, mudda fudda? This is the firm foundation democracy is built upon. We're just one program away. They'll start improving tomorrow.

According to prosecutors, the situation escalated when Kaden told his mom he didn’t know where the memory card was.

We're all equal. Race is only "skin color" and even that is caused by climate. Whites are bad. I.Q. tests don't really measure anything. Poverty is causing the criminality. They're victims of "systemic racism." We need "equity." Get in that hole.

Harris allegedly pointed a silver revolver at the boy and fired a non-fatal shot to his head. Wood said that audio evidence recovered from the home’s security system revealed that the first gunshot left the 12-year-old boy “conscious and crying.”

There is only one race: the human race.

Prosecutors alleged that, while Kaden was lying injured on the floor, Harris took a phone call, then she returned to demand the memory card again.

In an incident Wood claimed was clearly caught on the security camera, Kaden told his mom again that he didn’t know where the memory card was, and then she fired a second, fatal shot at the 12-year-old child.

If the completely insane "Infrastructure Bill" doesn't turn them into pathetic versions of Whites I'd be absolutely shocked. How many trillions do you need?

She now faces a single count of first-degree murder.

Innocent proud black woman who don't need no man is attacked by White supremacy. This is the worst "racism" I've ever seen.

Lavell Ingram, the boy’s father and Harris’ estranged husband, told the Chicago Sun-Times that there have been concerns over her mental state for some time.

Yeah. Looks like you were right to be worried.

Ingram said that Harris had attended her first ever therapy session on Friday, just one day before the alleged murder.

Sigmund Fraud fails to fix the faulty cranial wiring in the primitive brain of a genetic alien.

Yo. Hol awp. Is yew sayin we wuz GODZ? I guess we won't be getting that cancer cure because mammy went nuts.

Wood noted that Harris—who has been working as a city laborer—had been displaying what he described as “paranoid behavior” in the months before the alleged murder.

Ingram said of his estranged wife: “I don’t even think she understands what happened.”

You know what? I think you're right! 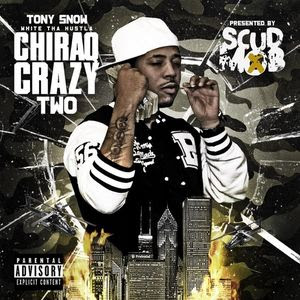