April 20, 2015
Tiny Europe must accommodate the human garbage from all four corners of the Earth as some sort of insane penance for our successful creation of a healthy civilization. Bring in the jihadans, the 60 I.Q. African scum, the teeming brown mystery meat that has already destroyed their own homelands and are eager to resume their pathological behavior under a new, "races" European flag. If you oppose this campaign of White genocide you'll be thrown in a gulag for thought crime. This is the state of most White nations. Camp of Saints insanity, ships full of violent, moronic cultural and religious aliens who want us violently dead but first give the hand-outs, you "races" evil xenophobic devil. The jew-run criminal governments support this suicidal kindness, the common person is ignored or imprisoned if they get too uppity. It's up to the sea itself to battle the invasion, the wrath of the Old Gods striking the brown slime, Poseidon's trident impaling the invader.

Hundreds of terrified migrants drowned on board a smuggler boat because they were locked in the ship's hold when it capsized, a survivor revealed today.

More than 900 people – including 200 women and up to 50 children – are feared dead after the boat overturned in the one of the worst maritime disasters since the end of World War Two.

In the wake of the tragedy, Britain faced pressure to end its 'immoral' opposition to rescue operations in the Mediterranean as only 28 passengers were rescued after their overcrowded fishing boat tipped over at night on its way from Libya to Italy.

This is a tragedy in the same way a machine gun pointed at European Whites breaking and jamming instead of delivering its deadly contents is a tragedy. Biological weapons sink to the bottom, but there's no shortage.

One of the survivors, a man from Bangladesh, said there was 950 migrants on board –  including 200 women and up to 50 children – and told prosecutors about 300 migrants were trapped in the ship's hold when it sank.

What in the blue hell is an alien from half a world away doing trying to float its way to Italy? Europe, so evil and racist and anti-semitic and evil and xenophobic and impolite and evil that shit-colored refuse from thousands of miles away is trying to get in.

Politicians and charities have attacked the British government and other EU states for supporting Italy's controversial decision to stop search and rescue operations last year.

Time for Italy to start "search and torpedo" operations.

Rescuers recovered 24 bodies from the sea following the disaster, which took place off Libyan waters, south of the southern Italian island of Lampedusa, shortly after midnight on Sunday.

Destabilize a nation with George Soros money and then unleash the "refugees" on Europe. The jew isn't even trying to conceal their agenda anymore.

This tragedy comes just days after another shipwreck in the area claimed 400 lives.

The invasion fleet sinks. That's not whale shit, it's "diversity." 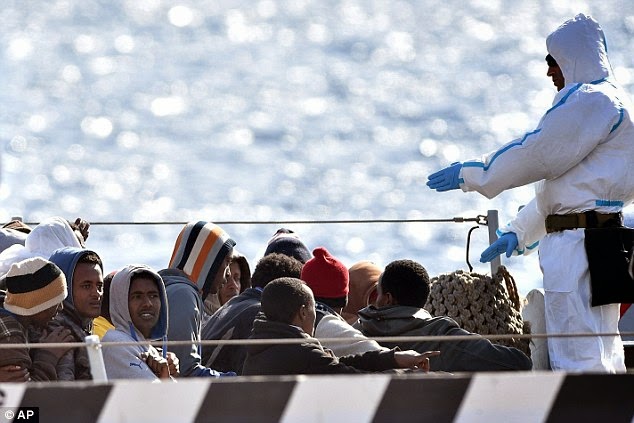 This will make our nation much stronger and happier.

It is thought both boats capsized after those on board rushed to one side to signal to passing merchant ships.

The mind and problem-solving skills of the "migrant."

We can't count on rough seas and moronic religion of peace outsiders to do all the work for us.

'A time will come when Europe will be judged harshly for its inaction as it was judged when it had turned a blind eye to genocide', he said.

'This could possibly be the biggest tragedy to have ever taken place in the Mediterranean.'

Cry me a river.

Foreign ministers have added the issue of migrants to the agenda of a European Union meeting in Luxembourg on Monday.

'Europe can do more and Europe must do more,' said Martin Schulz, president of the European Parliament.

More needs to be done. You're not committing demographic suicide fast enough for our jew bosses.

'It is a shame and a confession of failure how many countries run away from responsibility and how little money we provide for rescue missions.'

"Your tiny nations should be able to house the entire population of Sudan and spend all your money making sure they all get in safely. It's a shame not to."

'It is immoral to turn our backs and leave people to drown in order to deter other desperate travellers - and of course it hasn't worked.'

This is the most succinct cultural marxist argument, distilled to its very basics. What you're doing to evil and it won't work anyway. We've heard it used for everything from open borders to opposing spiritual poison and the sodomite agenda. It's kosher nonsense.

Italy claimed the presence of rescue ships was encouraging migrants to attempt the crossing.

Yeah. No shit. It's surprising to see some basic common sense out of today's Europe.

Pope Francis held a moment of prayer for the victims. He said: 'A boat packed with migrants capsized 70 miles off the coast of Libya. They fear hundreds of victims.

Later he met and prayed with a laboratory sample of HIV. 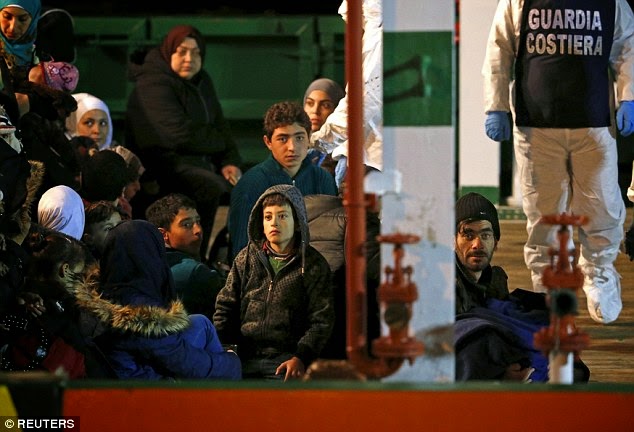