May 13, 2015
When our national credit rating was downgraded for the first time ever, a clear mile-marker on the highway to collapse we've been driving down since 1965, the reaction from our ruling criminals could best be described as denial. The mulatto sodomite assured us we were still a "Triple A" nation in our hearts, where it really matters. Forget the 18 trillion in sin debt, the worthless currency churned out by jewish bankers in the Federal Reserve, the large areas being annexed by Africa and Latin America. Everything is fine, go back to sleep. Entire cities died. Detroit has been carpet-bombed by the content of their character, a genetic disaster more devastating than an atomic bomb. Chicago is preparing to join it on the Midwest ash heap. The jewish plantation is broke, Whites tired of paying taxes to remove bullets from some negro's "booty" are fleeing and the endless winter is beginning. The body of the U.S.S.A. is prepared for disposal, riddled with the necrosis of spiritual sickness and "minority" pathology.

Pointing out the obvious cause of this new "junk" rating is "races." Let's pretend it was liberal policies and those dawg-gone Democrats says the loser party. Let's blame this all on Whites, says the cultural marxists. The only solution, removing the negro and la-teen-oh, is off the table because it's wrong and we don't want to be wrong and it's 2015.

In another decade Chicago should be indistinguishable from Detroit. That's about the most negative outlook you can have. Low intelligence, lack of future orientation, poor impulse control, bastardy and all the other rich and soulful elements of "diversity" have consequences. How long can Whites keep funding the predictable failures?

"Whether or not the current statutes that govern Chicago's pension plans stand, we expect the costs of servicing Chicago's unfunded liabilities will grow, placing significant strain on the city's financial operations absent commensurate growth in revenue and/or reductions in other expenditures," the agency said in a release.

A dismal forecast from the dismal science. Unless there's fewer negroes and other foreign invaders or more Whites, a once prosperous city of millions is doomed. 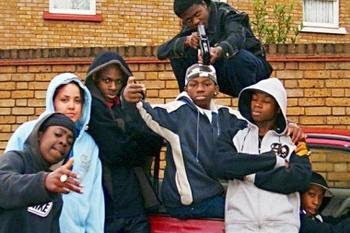 This has economic consequences.

The firm said its downgrades could trigger up to $2.2 billion in accelerated payments on Chicago debt. 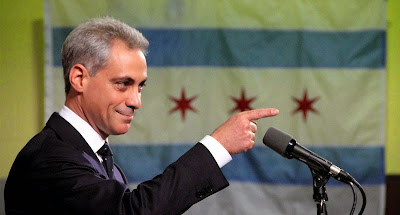