May 06, 2015
Compare the accomplishments of Whites to any other race and it isn't even close. The Asian can boast a few modest achievements before their nations entered a holding pattern that lasted until the arrival of Whites they could imitate. For the negro, "pathetic" is the best word for what they can achieve when left to their own devices. Houses of mud roughly equivalent to what a beaver could build, rocks and sharpened sticks for the common defense, the burry misshapen head as the main tool for moving items from one place to another, superstition, savagery and all against all. What Whites were achieving three thousand years ago is far more advanced than anything managed by the genetic alien, to say nothing of how far we've come since. The negro has a well-earned inferiority complex that expresses itself in jealous hatred, especially when we try to help these creatures. They have no place in a White nation. A shaved monkey would probably fit in as well, maybe slightly better.

Speaking at the opening of the Whitney Museum in New York City, Michelle Obama implied that museums intimidate people who “look like” her, as well as “young people.” The Whitney Museum is a museum of American art.

The towering scientific, cultural and spiritual heights reached by Whites are upsetting to a failed race that continues to live in a cesspool of its own creation. It's hard to look at the glory of White civilization and the sad joke of what happens when the negro gathers in number and regard "equality" as anything other than a jew-authored crock of shit. Compared to the moronic dark hominids we might as well be Gods walking the Earth.

Ms. Obama began her speech by saying how beautiful the new museum was and by thanking Mayor de Blasio. “I also want to recognize Mayor de Blasio for his leadership and his passion, and for joining us here today — absolutely,” she said. 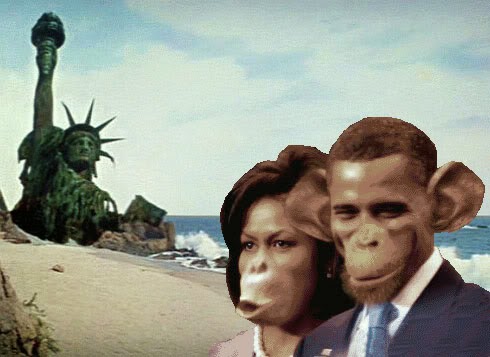 These ruins of White civilization are intimidating.

The First Lady then mentioned one of the themes that one of the museum’s exhibits has, which is, “How can we truly, fully witness the melting pot of cultures and sensibilities and struggles that make America unlike any other country on earth?”

More like the toilet bowl that accepted every kind of vile waste during the disastrous jewish century. Now our dead nation stares sadly at the beauty of the lost White world and wails about how it's "races."

She continued that it was difficult for her and people who “look like” her to visit cultural centers because minorities are intimidated by them. 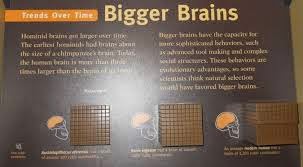 She continued, “In fact, I guarantee you that right now, there are kids living less than a mile from here who would never in a million years dream that they would be welcome in this museum. And growing up on the South Side of Chicago, I was one of those kids myself. So I know that feeling of not belonging in a place like this.”

You don't belong in this country.

“And you’re sending that message not just with the art you display, but with the educational programming you run here. You’re reaching out to kids from all backgrounds, exposing them to the arts, showing them that they have something to contribute.”

Maybe one day, if we just keep spending federal reserve paper and eliminating Whites, we'll be able to interest the negro in something that can't be eaten, smoked or fornicated with. 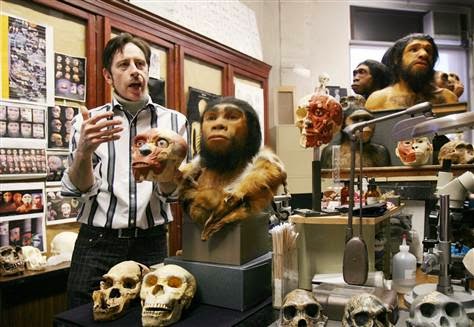 All of this is "races."
Everything is Racist Foreign DNA Genetic Determinism Homo Erectus Michelle Obama Museums New York Pathology of the American Negro We're Not Equal Whitney Museum