May 07, 2015
Blaming Whites for your self-inflicted failure is the opiate of life's losers, the sigh of the dinosaur media, the last refuge of criminals and scumbags. White "racism" is everywhere, we are told, even if all we see is endless negro appeasement. Are you going to believe a sinecure "academic" or your own lying eyes? When the negro displays the content of its character you can rest assured that plenty of kosher experts will be on hand to steer everyone away from the obvious, correct conclusion painting a fantasy world of "races" Thanksgivings and "micro-aggressions" that made Barkevious dumb and violent. Meanwhile, it's obvious to anyone but an idiot or politician that genetic determinism has caused the same predictable failure we always see. Better double down on the lies.

A black sociology professor at Vanderbilt University is arguing that “white privilege” is to blame for last week’s riots and looting in Baltimore, Md.

The nice thing about being an "educated" negro is no matter how cliche, moronic and bereft of value your comments are they'll still be taken seriously in our dead nation. After all, we don't want to offend the imaginary "one good one" who has benefited tremendously from White generosity and shows gratitude by attacking us.

The professor, Tony N. Brown, took to the op-ed pages of The Tennessean late last week to make the claim.

Combine the jewish drivel taught at the communist indoctrination center with a 90 I.Q. negro mind and you know the end result is going to be full of wisdom and insight. 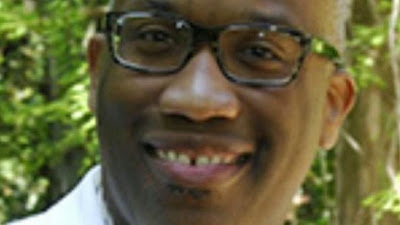 We be professor now.

If Whites were half as bad as our enemies claim there wouldn't be a single negro left alive. The truth is we're the only race on the planet that cares about things other than our own self-interest, often with disastrous consequences. Fifty-plus years of trying to fix a failed branch of humanity and this is our reward. The endless hand-outs, special treatments, excuses, appeasement, apologies and outright groveling for fear of the jew and the names they might call us wins no goodwill from the shit-colored monsters that walk among us.

These actions “explain the lofty levels of frustration and despair among black and brown youth."

The literary styling of a creature that carries foreign genetic material, is less intelligent than the most average and unexceptional White person and has been handed one gift after another because of "skin color."

The professor, who has a Ph.D. from the University of Michigan, cites other unrelated incidents as evidence of the riots after the April 19 death of Freddie Gray while in police custody.

If you still think that scrap of paper from the kosher debt institute had any meaning, here's your proof that it doesn't. Dr. Negro and its highly original "It be da Wite Debil!" theories.

He recalls the Sigma Alpha Epsilon fraternity members at the University of Oklahoma who sang a shockingly racist song.

A "races" song from panty-raiding frat boys caused Dajewjuan to reach lofty heights of despair and steal cold medicine during a riot.

Brown then blames the white parents of the fraternity members “and others like them” for the racism of their white children.

It's everyone's fault but the negro itself. Just like how the jew is always encountering "anti-semitism" through no fault of their own.

If only we'd read "Tyrone and the magic forty" or "Juan and the border fence" to our children, it would fix the inherent failure of our racial enemies. Also, freedom of association is evil. Every White must be hunted down and "enriched" with the "minority" experience. Let's ship African savages into Idaho, etc.

Brown blames white parents for telling “racially insensitive” jokes in front of children and allowing grandparents to use racial slurs “at Thanksgiving.”

It makes you wonder if this negro has ever actually spent any amount of time among the Whites that handed it unearned success.

Also, white parents inform their children “that all poor people are black and it’s their own fault,” Brown suggests.

Sure, let's check all the boxes and throw some "wicked conservatives!" on the pile.

“The bottom line is that it’s everyday whites making everyday choices that lock in and protect white privilege,” the Vanderbilt professor admonishes.

Only someone with a college education could make a statement so barren of actual meaning and mendacious in its implications.

Brown’s solution to the problem of white people using “white privilege” to “routinely to harm, demean, and damage black and brown people” is for “people of color” to create a massive, grassroots surveillance network to capture video evidence of racism.

The evil White satan gave me a forced smile that lacked genuine warmth! Face crime! Twenty years in a gulag!

Use cell phones and GoPro camcorders to “record the discourteous way co-workers or service industry workers or police officers treat you,” Brown writes in The Tennessean.

The high-trust melting pot of rich diversity that we live in.

“Record your friends talking about the indignities and micro-aggressions you as a person of color, for example, face in all- or mostly-white spaces,” the professor instructs.

“If you happen to identify as white, then record Uncle Roy talking at a private family gathering about the good old days when blacks knew their place."

Turn in your own family and earn a Freedom Medal and an increase in your gin ration!

Record how pleasant your interactions are with police officers doing routine traffic stops.

Record how you didn't try to grab the officer's gun or try to punch the officer or attempt to run off, that sort of thing.

“Then let’s all post our videos,” Brown declares concerning the vague last step in his racism surveillance scheme.

Here's one to get us started.

The price for one year of undergraduate tuition, room and board and mandatory fees at Vanderbilt is about $54,600 (not including a $704 “first year experience fee”).

Only a jew would have the balls to tack on a "first year experience fee" to an already obscene tuition bill.

The concept of white privilege was popularized in academic circles by a 1987 essay entitled “White Privilege: Unpacking the Invisible Knapsack.” The author was Peggy McIntosh, an inconsequential white feminist.

This amazing marxist theory has evolved to the point where an inconsequential negro communist can spout off about it and then propose an East German snitch state as the solution. 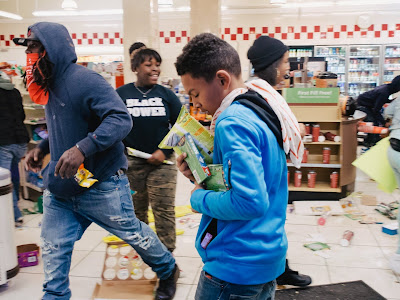