Michael Brown Died for Your Sins

May 22, 2015
There's a reason why Whites are abandoning the western JUDEO-christian church and it's not just because a sincere faith interferes with jew-promoted materialism, careerism, feminism, the sodomite agenda and all the other spiritual pathogens being promoted in our modern world. Simply put, most churches are a cultural marxist embarrassment chasing the latest secular evils and ignoring the tradition and timelessness that's the main appeal of organized Christianity. We get sermons on "social justice," on bringing in the fuzzies from the darkest parts of Africa, on why the sodomite degeneracy is perfectly normal and fine, on why we must die for Israel and take down the cross because it offends the jew. Suffice it to say, very few Whites find this message compelling. Poz doesn't fill pews, marxist lies don't generate many tithes. In the latest bit of blasphemous insanity a female preacher compares cigar thief Michael Brown to Christ.

An Episcopal Church minister in Virginia declared in a sermon that God “became Michael Brown,” the black teen who was shot and killed by a police offer in Ferguson, Missouri.

The Anglican Church is always the gold standard for suicidal madness much like the United Kaliphate that spawned it. A huge negro animal attacks a Hindu, then a police officer and finally gets "limited." Truly this was the son of god.

"Let your women keep silence in the churches: for it is not permitted unto them to speak; but they are commanded to be under obedience, as also saith the law." 1 Corinthians 14:34

“The God we love came to disrupt the power structures of the world that tells us what we are worth. He is a living God, who loved us so much and was so grieved by our inability to love him and one another, that he was willing to become human.

I thought it had something to do with forgiving our sins, but if a jezebel spirit in a satanic false church that's hemorrhaging membership says it, it must be true. 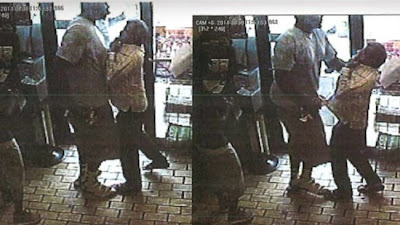 After not doing anything our savior and aspiring rapper walked down the center of a street. He extended his hands toward the heavens and begged the "races" officer not to shoot. Then he gave up the ghost so that White guilt might be forgiven.

In a commentary published at Barbwire.com, Schilling wrote: “Gaventa’s final remarks caused silent outrage, as she equated Michael Brown to Jesus, implying that Brown, like Christ, was a sacrifice for our sin,” he wrote.

Silent outrage, the only kind normal Whites are capable of producing, when we're not running, groveling, apologizing or appeasing.

“We don’t know exactly what happened between (officer) Darren Wilson and Michael Brown; we have not yet heard the full story. But the shooting has tapped into underlying feelings of injustice about how black men are treated by police all over our country and those concerns are certainly backed by data,” she said.

The willful denial of reality that is found in White useful idiots. 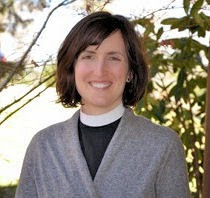 The glazed over expression of a White do-gooder completely insulated from the consequences of her actions.

“I think the problem of racism is so deeply ingrained in us that we aren’t even aware of our bias. We shoot unarmed young black men, we suspend young black boys because deep down, we are afraid of them. Call it white privilege, call it systemic racism, whatever it is, we are infected,” she said.

Must be the boogeyman of "racism" causing all the negro pathology. Five hundred years ago it was black magic and witchcraft, now it's this nonsense.

The Ferguson Police Department says Brown, a suspect in a strong-arm convenience store robbery minutes before the incident, struggled to get the officer’s gun and was fatally shot attacking him. Brown’s accompanying friend claims the 6’4″ nearly 300 pound 18-year-old, who was unarmed, was raising his hands in surrender when he was killed.

It was all a lie. 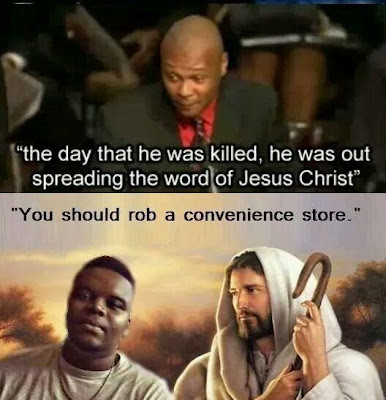