May 04, 2015
After another preview of the coming collapse America has returned to its regular condition of silent decay. Some negro officers might be punished, it's good enough for the howling mob for the time being. Back to the E.B.T., back to the idiot box, back to the tribal warfare that rages in "bad" neighborhoods. Business as usual, black lives that matter so very much ended by their fellow evolutionary dead ends: bullets to the "dome" while sitting in a car, "drug deal gone wrong," chunks of lead that have to be pulled out of the "booty" at a hospital on Whitey's dollar. The genetic necrosis continues to spread, but the jew in charge has nothing to say. Watch your sports, fill your body with poison, slouch toward the gallows. It's bliss.

The violence started early this warm spring weekend, with five people dead and at least 29 wounded from shootings citywide by Sunday morning.

For Whites the warm weekend meant a chance to get outside, enjoy nature, spend time with family and friends and enjoy pleasant recreation. For the African outsider and the la-teen-oh invader it meant all against all in the streets of the Rahm's kosher plantation. The same predictable failure, over and over. Must be "races" Whites causing this. Must be a lack of spending. Must be pilgrims and White police.

Police responded to a report of a person shot in the 4200 block of West Grenshaw in the North Lawndale neighborhood shortly  before 5 p.m. When they arrived they found a 31-year-old man and a 28-year-old man, both shot in the head. A 54-year-old woman had also been shot in the leg.

The 31-year-old man was found unresponsive on the ground and pronounced dead on the scene, police said. The other man, who was found in the drivers seat of a pick-up truck, was taken to Mount Sinai, where he was pronounced dead.

Sitting in a car is about the most dangerous thing a negro can do. Rush the brown body to a hospital for useless medical interventions. Don't worry, White tax-paying suckers will get the bill.

A police source said the incident may be drug-related.

Another brilliant deduction from our 90 I.Q. police force. 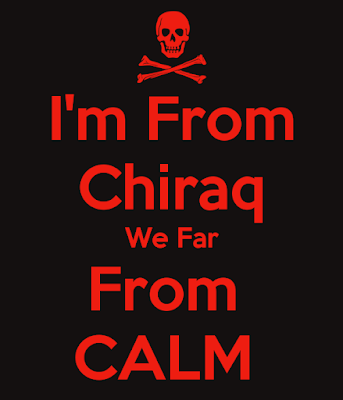 A 24-year-old man was shot to death shortly after the first incident in the Greater Grand Crossing neighborhood. He was standing on the sidewalk in the 1300 block of East 75th Street at about 5:20 p.m. Friday when another man in a gray four-door Pontiac fired shots at him.

A police source said the victim was a documented gang member, but it is not clear if the shooting was gang-related.

Yeah, let's not jump to any conclusions.

A 26-year-old man was shot to death early Sunday in the Marquette Park neighborhood, police said. The man was standing on the sidewalk in the 3100 block of West 64th Street at about 12:40 a.m. when two men walked up and fired shots. The victim was struck in the chest and pronounced dead on the scene.

Could "standing on a sidewalk" be replacing sitting in a car as the new most dangerous activity for the inferior hominids we're forced to accommodate?

Those crazy "people," at it again. Probably lots of Whites.

A 21-year-old man was shot in the back during a drive-by shooting at about 2:20 a.m. Saturday in the 5700 block of South Bishop in the Englewood neighborhood, police said. The man was taken to Mount Sinai Hospital in critical condition.

The rich tapestry that makes up negro life. Walking aimlessly in the small hours. Shot by a car full of African refuse. Off to the medical facility to get free care and cling to life.

A 40-year-old man was shot in both legs at about 4 a.m. Saturday in the 5100 block of South Marshfield in the Back of the Yards neighborhood, police said. He was taken to John H. Stroger, Jr. Hospital, where his condition stabilized.

Age forty "teen" gets taken down by bullets and earns a free vacation in the White Wall Hotel.

An 18-year-old man was shot in the thigh at about 4:15 a.m. Saturday in the 2200 block of West Touhy in the West Rogers Park neighborhood, police said. The man was standing in the block when three other men approached him, and at least one of them fired shots.

A long night of "men" approaching with deadly intent after the standing around at four in the morning goes wrong.

A 27-year-old man was shot in the upper back and arm late Saturday night in the 6400 block of South Wood in the West Englewood neighborhood, police said. He was standing in the block when someone inside a dark-colored van opened fire. He was taken to John H. Stroger, Jr. Hospital, where his condition stabilized.

Dark-colored van full of dark-colored criminal animals. Another innocent "teen" just standing around, as negroes do, when a brown finger pulled the trigger. Free medical care will patch this creature right up and sent it out to engage in the same pathological behaviors.

A 20-year-old man was accidentally shot by a friend late Saturday night in the 6200 block of South Wood in the West Englewood neighborhood, police said. The friend was playing with a gun inside a home when it accidentally fired. 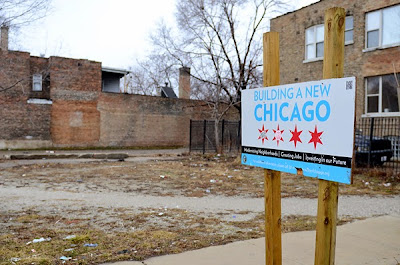