Motor City Runs Out of Gas

May 27, 2015
There's a predictable pattern seen whenever "diversity" infects a White area. The first sign of the disease is the loss of societal trust and cohesion with the introduction of hostile aliens who we have virtually nothing in common with. From sneaky sawed-off la-teen-ohs here to loot the national to corpse, to sullen and dangerous negro animals who are no closer to being Americans now then when the jewish slave ships deposited them in the New World, to the jewish merchant who is always an alien, a sower of discord, a profiteer turning spiritual evil into shekels and a demon in vaguely human form. A community is not lines on a map, it's the people that make it up and there is a limit to how much foreign material can be introduced before it is lost.

The next step is collapse. The content of their character is displayed, the natural conservative squatter becomes a permanent burden, the obscenity and vileness of the jew poisons the communal well. Whites try to flee, while the brown pathology devours. Following this process, even the most fundamental elements of White civilization are lost: there's no water, the police begin ignoring crime, you can't use a gas pump. Detroit, the first American city to be fully annexed by Africa, has now reached this terminal stage. What was once the Paris of the Midwest known for its booming automobile industry is now not even a safe place to drive through and God help you if you run out of gas.

No getting around it: Filling up your gas tank at certain stations in Detroit can be hazardous to your health.

Being around the negro is hazardous to your health. The endless pathetic attempts to appease this failed group of living fossils has given us nothing but ruins and riots, crime and calamity. Fear of being called a name has led to this unbelievable national suicide. The White civilization meter points to "E" in Detroit and no one is going to come in and fill it back up. Take away the artifacts of the Whites who have fled the rot and the area would be indistinguishable from Sudan.

Police Chief James Craig said at a Tuesday media conference that he'd avoid getting gas late at night in the city unless he had to, and he urged residents to be careful at the pump, according to Tom Greenwood of The Detroit News.

If you're White and foolish enough to voluntarily go any where near this African America you deserve whatever happens. If you can't avoid it, you need to be armed. Monkeyshines at the Mobile would end with me working a very different pump, you can be sure of that. 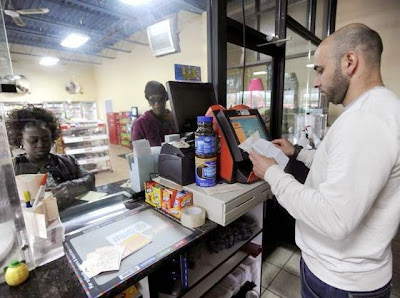 Sand person interacts with garbage people through bullet-proof glass, another wonder of "diversity."

"I wouldn't, but if I had to, I would," Craig said. "But I'd probably be very aware of my surroundings."

"I be never doin' it, but I would. I bee ware aw dee sir roundings an sheet, gnomesayin'?" 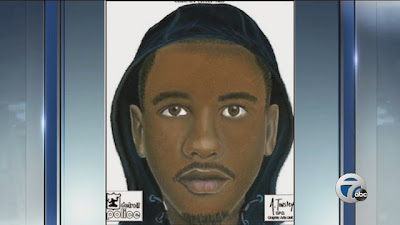 The pain at the pump.

Craig's commented after a driver was killed early Monday evening while trying to flee a carjackihg attempt at an east-side gas station. Three people have been arrested in that case, and are suspected in other carjackings. 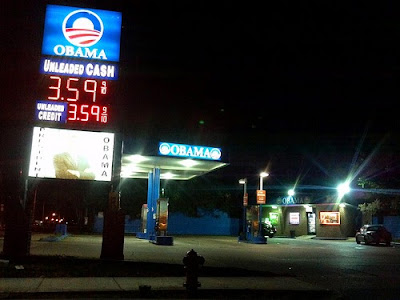