May 29, 2015
For over fifty years a concentrated effort was made to elevate the negro to the minimum acceptable levels that are compatible with a White civilization, or at least make them somewhat less pathetic. The spectacular failure of this kosher campaign of negro appeasement is a secret history written in spilled blood. After this unprecedented attempt to battle genetic inheritance with federal reserve fiat currency and dead Whites we've ended up with arguably the worst crop of negro animals in American history. We've decided that trying to hold them to any standard is "races," but be sure to keep the hand-outs coming, and we're now seeing a glimpse of the dark future that awaits when Whites are gone and "African American" rot devours our cities. No rule of law, savages loose in the streets, the same excuses from ruling jews huddling behind walls that keep getting thicker.

This is our future if the planned White genocide is successful. A return to the savage nightmare, nature reclaiming what was built by dead White hands, animals that can barely speak, let alone read or write, tearing into each other. It seems a heavy price to pay to prove we weren't "races."

A 31-year-old woman and a young boy were shot in the head Thursday, becoming Baltimore's 37th and 38th homicide victims so far this month, the city's deadliest in 15 years.

Worthless negro lives that could not matter less. Deafening silence from the professional victims. With the "races" negro police removed, with a fear of punishing the content of their character now firmly in place, the tribal warfare rages. Poorly formed hominids targeting the weak. A heart of darkness built from jewish deceit, White cowardice and negro pathology.

The most recent killings claimed the lives of Jennifer Jeffrey and her 7-year-old son, Kester Anthony Browne. They were identified by Jeffrey's sister, Danielle Wilder. 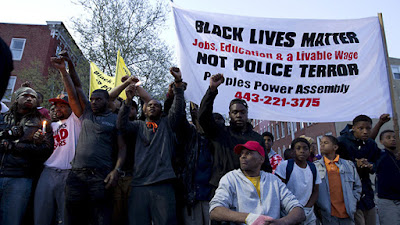 "Police Terror" ends, negro all against all begins.

Thursday's deaths continue a grisly and dramatic uptick in homicides across Baltimore that has so far claimed the lives of 38 people. Meanwhile, arrests have plunged: Police are booking fewer than half the number of people they pulled off the streets last year.

Huh, it's almost like vilifying police and attacking the rule of law has consequences. Oh well, back to the negro sports on the talmudvision. 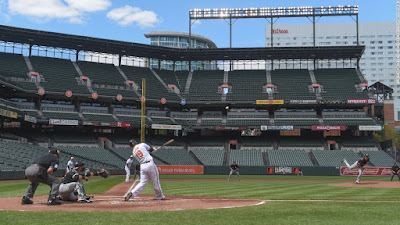 Arrests were already declining before Freddie Gray died on April 19 of injuries he suffered in police custody, but they dropped sharply thereafter, as his death unleashed protests, riots, the criminal indictment of six officers and a full-on civil rights investigation by the U.S. Justice Department that has officers working under close scrutiny.

The negroes got what they wanted: a city without Whites and without White Man's Law. We should be hearing the "Come back White debil!" and "We dyin' here!" any day now, if it hasn't started already. Half demon, half child, incapable of even maintaining a civilization, let alone building one.

"I'm afraid to go outside," said Antoinette Perrine, whose brother was shot down three weeks ago on a basketball court near her home in the Harlem Park neighborhood of West Baltimore. Ever since, she has barricaded her door and added metal slabs inside her windows to deflect gunfire.

It's no Israel Hate Wall, but it will have to do. The legacy of "civil rights" is crude barricades and metal slabs to try to ward off the actions of a failed branch of humanity. It's the same hypocritical cowardice of our ruling merchants, just on a much smaller and more pitiful scale. The jew believes they can just wall off the ruins they're creating and somehow rule over the brown hordes. Good luck.

"It's so bad, people are afraid to let their kids outside," Perrine said. "People wake up with shots through their windows. Police used to sit on every corner, on the top of the block. These days? They're nowhere."

When negro corner sitting is effected, you know it's bad. 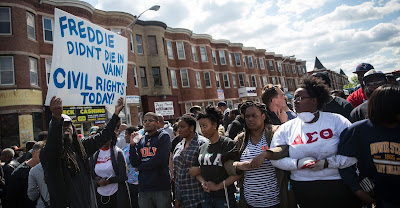 Freddie died so negroes can hide behind metal slabs.

West Baltimore residents worry they've been abandoned by the officers they once accused of harassing them, leaving some neighborhoods like the Wild West without a lawman around.

Yeah, who could have predicted that? Connecting cause and effect is not something the negro has a talent for.

"Before it was over-policing. Now there's no police," said Donnail "Dreads" Lee, 34, who lives in the Gilmor Homes, the public housing complex where Gray, 25, was chased down. "People feel as though they can do things and get away with it. I see people walking with guns almost every single day, because they know the police aren't pulling them up like they used to."

A vaguely human-like creature named Donnial "Dreads" Lee is not exactly the fuel for a healthy modern nation. No matter what we do, it's wrong. Time for deportation. 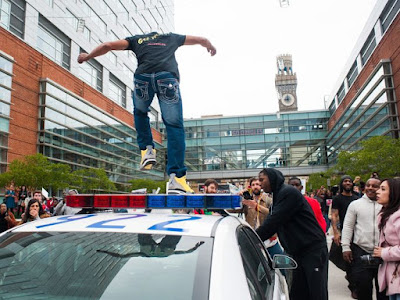 Police Commissioner Anthony Batts said his officers "are not holding back," despite encountering dangerous hostility in the Western District.

See, everything be fine. Please allow me to keep dis affirmative action sinecure.

"Our officers tell me that when officers pull up, they have 30 to 50 people surrounding them at any time," Batts said.

The eroding rule of law. Let the negro run wild, it's not worth getting in trouble over. Thanks jews, for creating this mess. 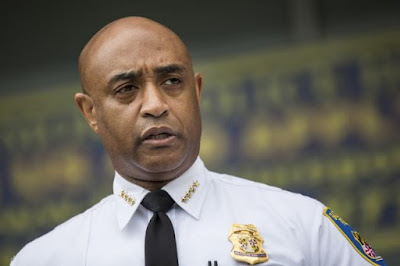 "The criminals are taking advantage of the situation in Baltimore since the unrest," Ryan wrote. "(Police) are more afraid of going to jail for doing their jobs properly than they are of getting shot on duty."

That uncomfortable feeling when the "races" White "haters" are fully vindicated. Again. To save the city we had to destroy it.

With one weekend still to go, May 2015 is already the deadliest month in 15 years, surpassing the November 1999 total of 36. 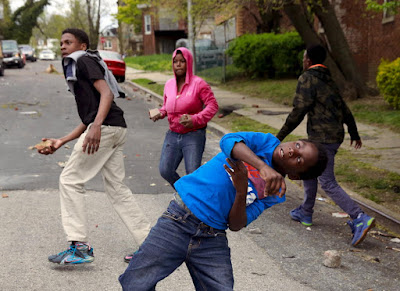 The mayor said her office is "examining" the relationship between the homicide spike and the dwindling arrest rate.

There just might be some kind of connection. I hope that helps, Mayor negress.

"Other cities that have experienced police officers accused or indicted of crimes, there's a lot of distrust and a community breakdown," Rawlings-Blake said. "The result is routinely increased violence."

There's got to be a way to somehow blame this on Whitey. Come on, use your imagination!

Veronica Edmonds, a 26-year-old mother of seven in the Gilmor Homes, said she wishes the police would return, and focus on violent crime rather than minor drug offenses.

Seven welfare bastards for this worthless piece of dog shit, while Whites have no children, chasing careerism and kosher materialism.

"If they focused more on criminals and left the petty stuff alone, the community would have more respect for police officers," she said. 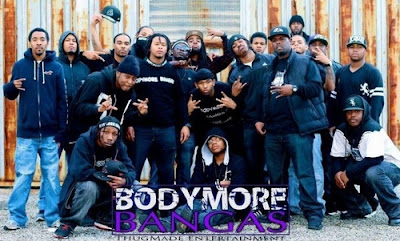