June 15, 2015
If you are White the only acceptable attitude toward your unique and precious genetic heritage is to be deeply ashamed of it and constantly attempt ham-handed atonement for it. Even the slightest pride in your winning ticket in the genetic lottery is "races" and evil. This has been the endless jewish message, stridently presented on the synagogue in the living room and the publik schmuel. This attack on our people has created a nation where playing negro make-believe is now seen as a viable survival strategy, where no amount of self-negation and appeasement of foreign monsters who hate us and want us dead is enough, but keep doing it you devil. Meanwhile, here and there the specter of White "racism" lurks, displaying itself in polite behavior, abasement, suicidal altruism and occasionally in hate letters on a shirt.

Students at Concord High School in New Hampshire were asked to return their commemorative T-shirts after school administrators noticed potentially racist and/or gang-related messages hidden in the shirt’s design.

Look out for those White gangs. You know, the ones that terrorize swimming pools and burn down neighborhoods. Trust me, it's real, I saw it on the telavivision. We have found the thought crime hiding on a Tee Shirt. This is important.

If you look closely at the T-shirt, however, the letters “K K K” and the phrase “Go White” are among the words that can be spotted inside the wave.

Can you spot the hidden crime think? Look carefully, kids, this is a tough puzzler! 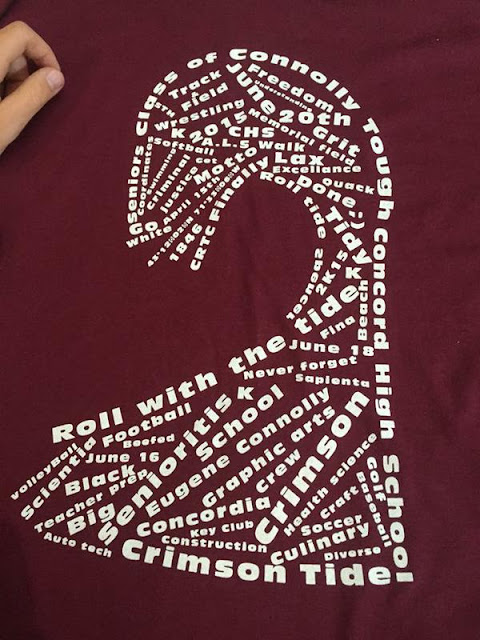 Did you find the "racism?" Yup, three non-consecutive Ks, the most evil letter of all. "Go White." Sure, it's clearly two non-connected words, but come on, use your imagination. Also, please ignore the numerous cultural marxism references, that in no way mitigates the horrific crime that occurred.

Concord High School Assistant Principal Ronna Cadarette told New England Cable News (NECN): “We believed that there were inappropriate innuendos on the shirts that were offensive to students. That is why we made the decision to respect those students and print new shirts.”

Luckily a careerist scumbag is on the case, eager to prostrate herself before the altar of the state religion and shed greasy tears for these imaginary offenses.

Many students weren’t happy either that their commemorative T-shirts were potentially offensive. One student told CBS Boston: “It’s pretty unfortunate. We don’t want our class to be known for this sort of thing, that’s for sure.”

We'd prefer to be remembered as another shapeless mass from generation nothing, full of legally permitted opinions, lambs to the kosher slaughter.

The student who designed the T-shirt (his name has not been released) has been banned from the senior class trip, senior prom and graduation. He will still receive his diploma, however.

More "races" justice. This little Hitler should get ten years in a gulag, minimum.

“Anyone who actually knows him, knows he’s probably one of the nicest people to the core, he’s a good person.”

Nice people don't use the letter K or put anything other than a negative modifier next to the word "White."

The school has also already replaced the banned T-shirts with a new, less controversial one. 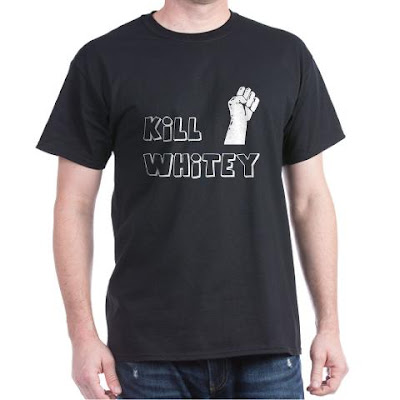