July 10, 2015
You know you live in interesting and bizarre times when the self-aggrandizing stunt candidacy of a wealthy egoist who bought season tickets to bankruptcy court is by far the most interesting and non-offensive event going on in mainstream politics. It's jarring to hear anything resembling the truth from someone with a little "R" attached to their name (might as well be a little "U" or "K" in most cases). The Loser Party is now scrambling to get this well-coiffed embarrassment to go away so they can resume talking about love acts by natural conservatives in between selling themselves out to rather low bids from jewish scumbags. After all, foreign invasion by the third world is good and we'll get these little sawed-off perverts to vote for paycheck conservatives.

An Indiana resident called an "illegal immigrant" on court documents has been charged with sexually groping two 17-year-old girls on the Fourth of July in a Michigan's Adventure wave pool.

Even as someone who admittedly overuses quote marks in my own writing I still have to question why they're used here. It is a correct description, after all. I know the dinosaur media is under kosher orders not to honestly discuss the foreign invasion, but when you're talking about a may-hee-can animal that sexually attacked teen girls I think a little honesty isn't too much to ask.

Another "act of love" from the sewage pouring over an unguarded border. Doing the groping Americans won't, sure to support Rubio or Cruz or someone else from the Loser Party rogue's gallery. 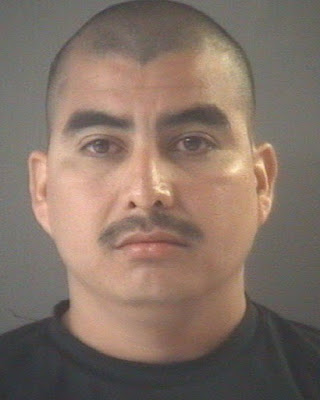 How can we get the vote of this foreign invader?

The arraignment was conducted through a Spanish-speaking interpreter, according to court records.

Yet another job created by the transformation into Mexico North: questioning meskin perverts about their crimes in a foreign language. This is great for the economy.

The crime is a high-court misdemeanor punishable by a maximum of two years in state prison.

Moy macho invader goes from one form of welfare to another.

According to an  affidavit for warrantless arrest in Rivas-Rodriguez's court file, he's accused of sexually groping the girls – who didn't know him – on July 4 while they were in a wave pool at Michigan's Adventure amusement park at 4750 Whitehall Road in Fruitland Township.

In other news "Fruitland" is being strongly considered as the new name for the U.S.S.A.

One of the teens reported the stranger grabbed her in the crotch area once. The other said he did it three times in succession, then grabbed her by the ankle under the water when she tried to flee.

Every conservative's dream. Sure this worthless turd tried to drown a girl in furtherance of sexual assault, but on the other hand it might vote for Rand Paul.

Rivas-Rodriguez, interviewed through an interpreter, denied all the allegations, according to the affidavit.

"No hacer nada." Another hard-working and decent la-teen-oh with excellent family values and a deep and sincere faith, the raw material of a strong democracy.

Typically, an undocumented immigrant if convicted of the charged crime would serve his sentence, if any, then face deportation to his home country, Maat said.

After that they'll typically crawl back under a fence and resume their sex crimes in a dead nation powerless to resist. 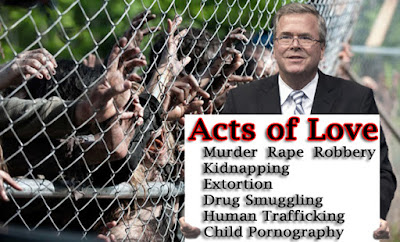