July 08, 2015
The most reasonable solution to the negro problem is removing them and then taking steps to insure they never return to White countries. Less ideal but still practical is segregation. After this the attempts to fix the negro cross over into blatant madness. Pretend they're equal when all evidence suggests they're not. Give them money and jobs in hopes of purchasing some goodwill, but receive sullen hostility and open violence instead. Grovel on our hands and knees to a failed race that clearly has no place in a White nation. All around us we see the results of this delusional campaign of appeasement. Ruined neighborhoods, burning cities, savage tribal warfare. Look at Chicago or Detroit. Look at Baltimore.

Three people were killed in a quadruple shooting in West Baltimore on Tuesday night, according to police.

Sounds like one of those "open shooter" incidents that we are told by the telavivision is a White crime. For some reason this horrible crime is receiving zero national attention. No prizes for guessing why that is.

Baltimore police say two vans, one burgundy and one white, pulled over around 10:30 p.m. in the 900 block of W. Fayette St. in the Poppleton neighborhood, near the University of Maryland, Baltimore campus.

Must be "White Supremacists" because we all know the negro is an animal of pure goodness and light that is collectively turning their lives around and getting ready to go to college.

Gunmen emerged and opened fire, police said, adding that three or four suspects may be involved.

Gunman. Must have been the gun doing it, we better give up more of our rights. Along with the ubiquitous "teen" this is just another code-word for the "African American." Is anyone fooled by this? 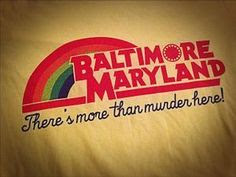 We have a rich diversity of crimes.

"This was not a random act of violence but was a targeted incident," according to a police statement.

We were able to figure out the "gunmen" were negroes, now it becomes clear the victims were, too. After all, any time Whites are attacked by the evolutionary dead-ends that walk among us it's a "random crime," "wrong place, wrong time," and/or "[x] gone wrong."

The Baltimore Police Department later confirmed that two males and two females had been shot, and three of them were pronounced dead. The fourth victim was in good condition after a gunshot wound to the buttocks, police said.

Now for the all-American tradition of pulling bullets out of the "booty" of some jungle monster. Don't worry, you'll get the bill, Whitey.

"It wasn't unusual to happen around here. It happens all the time," said James Gilliard, 43, who lives nearby. "But when it's females getting shot up it's just crazy." 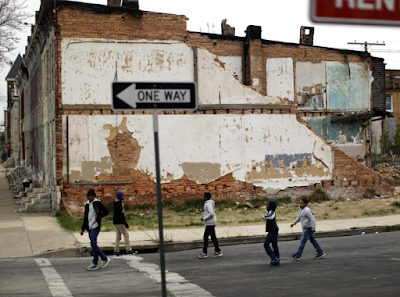 Less policing should solve this.

Janice Babus, a research technician at the University of Maryland, Baltimore, said getting alerts about shootings near the campus has become commonplace. "I'm almost numb to it," Babus, 59, said.

An entire city destroyed by the content of their character. Lots of room to destroy. Police afraid to challenge the rot. When civilization dies, when the lights go out and the endless dark night begins, there's nothing but numb acceptance. Annexed by Africa, a Heart of Darkness in the U.S.S.A. Does this at least prove we're not "races?"

Looking outside, she said the first thing she saw was the police tape. Then she noticed the ambulances. Last, she saw the bodies — three of them — laying in the street in the 900 block of W. Fayette Street.

For some reason there is no outrage over these "Nigga bodies! Ah! Ah!" These black lives didn't matter because they couldn't be used to attack White America. So we get deafening silence, the quiet of a tomb. R.I.P. U.S.S.A.

"It doesn't make no sense what's going on in the streets," she said. "The killing needs to stop. We aren't hurting nobody but the families."

An entire race too moronic to figure out the negative impact of endless tribal warfare.

The deaths raise the homicide total to 155 for the year.

Five days prior, on July 2, UMB police said shots were fired into a vehicle traveling in the 900 block of W. Fayette St. The passenger was injured from bullets that entered the vehicle, police said.

They added this at the end for comic relief, I guess. 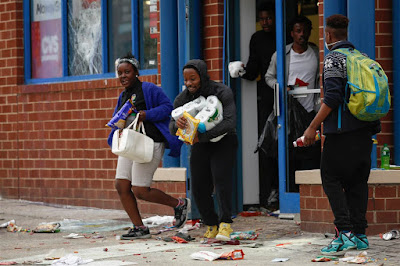