July 31, 2015
Hello friends. My name is C. Thurston Bartlett IV, Republican strategist, Ivy League graduate and huge fan of the Brooklyn Giants (I like football just like you guys!). I was invited to do this guest post and since no one seems to be reading mainstream conservative writing these days I figured it was a good opportunity to invite all of you back to the Republican Party. It is, after all, an exciting time for us. In a few short months we'll be taking back America from Liberal leadership that, while well-intentioned, thoroughly likable and even inspiring, does not have the vision of a more perfect America that we do. Imagine a nation of low taxes for the wealthy, rich vibrancy in food and dance and culture, a nation that proudly defends Israel on the world stage, a nation of jobs, opportunities and no child left behind. A nation of equality in the bedroom and the boardroom. Imagine the shining city on the hill. Imagine conservatism. 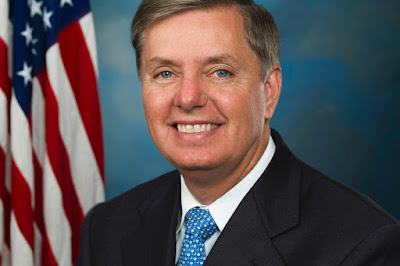 Gazing confidently into a bright future!

It's critical, especially now, that we stand up for our great ally Israel. The current treaty with Iran, while highly commendable and certainly well-intentioned, is going to be sending the precious God's Chosen into electric belts or skull crushing machines. It's our duty to protect the beautiful and honest Jewish people at all costs. We can't stand quietly by while another holocaust claims six million supremely valuable lives. We need to go to war. We need to bring Democracy to the Middle East. It almost makes me angry that we were so close to success before the inspiring and historical election of an heroic black man who in general has been great for the U.S.A. but also rolled back some of our progress. Once we're back in charge, the mission will be well and truly accomplished.

I'm so proud to be a member.

None of the above is in any way intended to denigrate the Great Religion of Islam. This wonderful and spiritual faith has been hijacked by a few bad apples. It's a religion of love whose peaceful spread through the world demonstrates the universal truths of a God that our desert buddies just look at a little differently. Remember, Muslim Americans played a key role in founding our great Democracy and worked hard to build us into the greatest nation on Earth. Think of that Mosque being built in your neighborhood as an outpost of freedom, a lighthouse calling all of God's children to share in a unity based on differences.


I'm christian, of course, so I have to put in some good words about my Universal Church. We sure get some praise going, let me tell you, probably not unlike the snake-handling or tongues-talking ones most of you go to. Of course, everything in decency and order. We took our cross down because it was offending the Jewish community and that's the last thing we'd ever want to do. We also have wonderful rainbow art everywhere to let our Homosexual, Bisexual and Omnisexual brothers and sisters know how welcome they truly are. This is not to say that we're all about good feelings. Some really strong word is preached, like how Jesus wants you to get rich, how he loves everyone and everything and the importance of adopting more beautiful African babies. 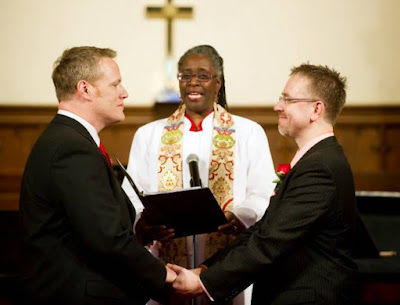 We do weddings, too!

We need a lot more immigration. It's an act of love, love for this great nation that welcomes the huddled masses as a wise Jew once put it. Most Americans won't do a large number of jobs, so it's only reasonable to bring in people who will. And it's good for the economy! Honestly, look around. Have things ever been better? The richest man alive in 1950 couldn't purchase a Smartphone, but in today's world everyone can! Miracles of technology for the common man, beautiful foreign languages spoken on our streets, all the amazing food, we have been blessed.

Also, the Hispanic is a natural supporter of family values, low taxes, defending Israel, Gay Rights and other conservative values. They just don't realize it yet because sometimes those Liberals do a better job communicating their ideas because Democrats are clever and honorable, but slightly less good for America. That slightly will make all the difference in the world, trust me. 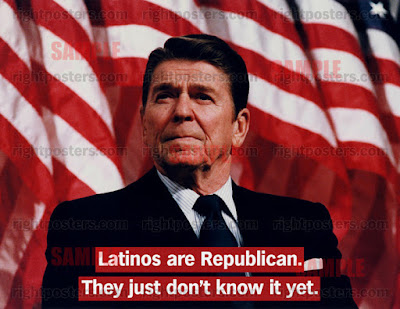 Wise words from a wise man.

I'm somewhat hesitant to make this next point because of my strong respect for my comrades across the aisle, but the real racists are a small, loud minority of the Democrat party. They were, after all, the party of the KKK and segregation while we are the party of Lincoln. Some Liberal policies are hurting the African America, who would easily succeed if they weren't held back by well-meaning but accidentally racist attempts to help them. Detroit, for example, was caused by high taxes and unions and now the innocent and decent Black must suffer.

In the coming Conservative America we'll see the wonderful content of the African American's character and we'll complete that historical arc toward justice, as the Reverend Doctor Martin Luther King, Jr. so aptly described it. This great civil rights leader would definitely be proud of today's Republican, there's no doubt about that. I personally love the Afro American so much that I have many black friends and let my wife hang around with her many black friends. Sometimes she comes home late at night and tries to sneak into the bed, smelling of menthol cigarettes and Arizona Iced Tea. I just pretend to be asleep, but I digress. Bottom line: African American good. 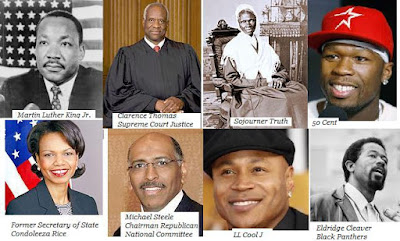 I'd like to encourage all of you to vote for Jeb Bush, who I wholeheartedly believe is the best choice for the presidency. He has the best vision of America and is a man of integrity and strength. Also, his wife! I know I probably shouldn't say this, but she's one hot Mama Seeta! What a lucky guy! I heard he even speaks Spanish in his own house, which is amazing. Just like living in Europe, but with all our glorious American toughness and liberty! Anyway, he's clearly the best choice to defeat a very noble and inspiring woman whose issues are somewhat less optimal, as much as I do admire Hillary Rodham Clinton. Besides, winning does matter, right! Let's punch that baseball into the end zone for the big three pointer! 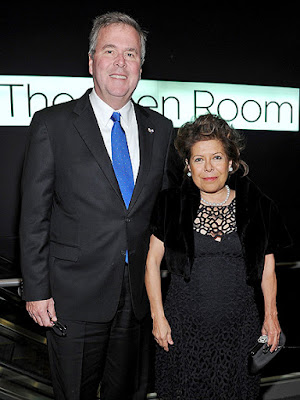 Our next President and his hotty wife!

Most of the other Republican candidates are strong, proud, confident fighters that deserve our respect, but Jeb is clearly the answer to win the support of Latinos, Homosexuals, African Americans and men that love those amazing dynamite in a small packages women from south of a border that shouldn't even exist. There is one man I have to warn you about: Donald Trump. He's bad. He's a clown and a jackass. A dumb-dumb. Sorry to use that street language, but I really think he's trouble. Way too extreme with those views and also offering gold-plated amnesty! We just don't need this divisive rhetoric on the eve of our greatest victory. To prove I'm right I'm challenging the Don to a push-up contest! And I don't even lift! Put that in your wig and wear it, pal! 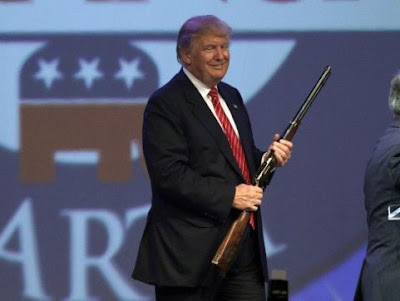 He's gone crazy with a gun! Put him in jail!

I'm sure by now I've convinced all of you that modern conservatism is a joy-filled lively movement with a proud past and incredible future. Be sure to vote for Jeb, he's going to make things even better. Man, can you imagine how those Liberals will react when our man Jeb wins the hater vote because I just brought all of you back to the winning team! Morning in America friends. Got to cut this short, my son is getting Gay Married this weekend to a beautiful Filipino boy and my daughter got pregnant again after attending something called the "Thick Booty Snow Hoe Party" on Martin Luther King, Jr. Avenue. Oh well, such is life. And life is good! Vote Republican! 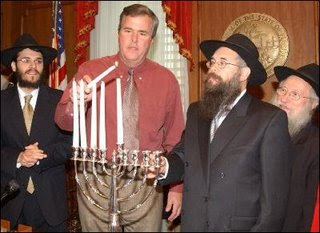