Jew Stomps On Whites With "Boot of Racism"

July 15, 2015
Separation is the most equitable solution to the War on Whites currently raging in the dead body of the U.S.S.A. Fifty years of spending and many generations of morons is enough: the negro has proven beyond any reasonable doubt that they can not live in a civilized White nation. They need to be removed. It's equally obvious that we owe nothing to the la-teen-oh invader, the same ones eager to lecture us on how we should run our nation while still wet from the Rio Grande, to say nothing of alien opportunists from further afield. The most moral and decent thing we could do is remove the dependent brown mass, rather than continuing to fuel and encourage their inherent pathology while we're rewarded with rapes, pack attacks, tribal warfare and burning cities. If Whites are going to have a future we must secure our own homelands.

Unsurprisingly, the jewish enemy within has other ideas. In between fantasizing about the goyim slaves promised by the Talmud or massacring the shkotzim with another Holodomor this parasitic outsider is preaching White genocide in a publik schmuel. Sacrifice for the inferior, die for the demonic jew. This is the curriculum provided with your tax dollars. Cayden can barely read and Barkevious can barely speak, but at least they've been instructed by a nation-wrecker to feel guilt for their own existence and sullen hostility that often explodes into savage violence, respectively.

In light of recent tragedies across the country that have sparked impassioned debates on race relations, a public high school teacher in Seattle has developed curriculum to teach “White America” about racism.

Exciting new "races" curriculum from the Light of the World! Will there be I.Q. charts, lists of jewish slave ship owners and the promotion of racial nationalism? No, it's what charitably could be called the "same old shit." More kosher propaganda directed at Whites, more demands that we bow and scrape in front of this vile minority that wants you and everyone you care about violently dead, more "just keep paying, the negro should fix itself any day now."

The same tired jewish script, the same banality of evil. We've had enough. The disastrous jewish century is over. It's time to take back what was lost for fear of being called a name by a communist.

Published to his blog — fittingly named Citizenship and Social Justice after the course he teaches at The Center School in Seattle, Washington — Jon Greenberg assembled anecdotes, admonishments and links to create the “Curriculum for White Americans to Educate Themselves on Race and Racism–from Ferguson to Charleston.”

"Jew Communism, Open Borders, Burning Cities and Dead Whites" would be a more honest name for the bleating of this jewish turd. Please, share your anecdotes, merchant. That's a much more reliable way to understand the world than, say, Department of Justice crime statistics. Don't look at those numbers, cattle, we've got tall tales from g*d's chosen about the mythical "one good one" and imaginary White "racism" that mostly expresses itself in paying, groveling and trying to prove we love all the little brown people.

“There are no doubt complexities that come with White Americans working for racial justice. White privilege can lead to a chronic case of undiagnosed entitlement, creating poor listeners, impatient speakers who talk over others, and people unaccustomed to taking orders.

It's complex only in its simplicity. Despite decades of endless assaults via the kosher media and educational complex there's still some reluctance among Whites to slouch toward a open grave dug with a kosher shovel. We're still unaccustomed to gulags, thought police and face crime. Fortunately Nose Number Six is here to help. 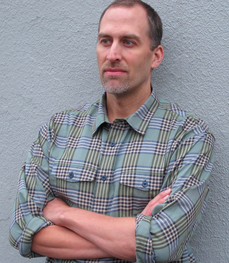 This jewish piece of dog shit gets paid to preach White genocide.

White Americans to get involved. And it’s our responsibility to help each other get involved–and get involved productively,” Greenberg wrote, linking to a blog post that claims quoting Dr. Martin Luther King, Jr., to black women is a violent and “cisheteropatriarchy” act.

Wait, "our," responsibility? Another jew pretending to be White to attack from within, seems awfully familiar. As these demons in human form get more and more desperate we're going to see a lot more of this pathetic game of make-believe. The devil with a thousand masks and a horrible bargain to make. Sell your future for a fleeting moment of sanctimony. It's the right thing to do.

I do agree that quoting Michael King to negresses is not the best idea, especially these gems of wisdom. We don't want to show "cisheteropatriarchy," after all. There's a reason the phrase "educated idiot" exists.

During the discussion, Greenberg asked his students who experiences the “societal-sized boot” of racism and oppression in society more (“people of Color”), who does the oppressing (a reluctant answer of “White people”) and whose responsibility it is to stop the oppression.

"Okay goyim, I mean class, I want you to imagine a boot stomping a White face. Forever."

“Everyone has a role in ending racism, but the [boot] analogy shows how little sense it makes for only those facing the heel-end of oppression to do all the work,” he wrote.

Again, this jew rat is getting paid for this nonsense. The exciting emperor's new clothes on the rotting remains of White guilt. It's too late, we're waking up.

“It’s time for White America to take on a far bigger role in taking off the boot.”

Careful what you wish for, you just might get it.

Greenberg then includes a series of links to reading material, the majority of which he said focuses on the “recent killings of Black men.”

"Here's some cherry-picked and intentionally misleading lies about good boys, gentle giants and future college students who all didn't do [anything]. Give your class this link and they'll actually learn something.

“Instead of spending your energies on guilt, I encourage you to spend them seeking inspiration to act,” Greenberg wrote. “There’s no shortage of inspiration.”

You could become a sodomite, follow jew communism, chase materialism, or participate in pathetic negro appeasement. There's no shortage of abasement and self-loathing activities. 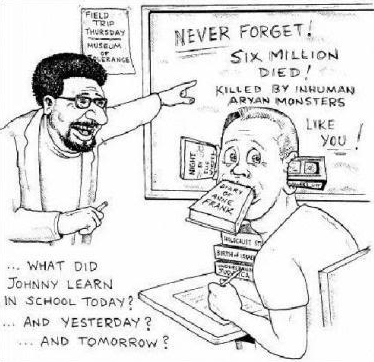 Greenberg, who is also an author at Everyday Feminism, seemingly credited South Carolina’s Republican Gov. Nikki Haley’s call for the removal of the Confederate flag from Capitol grounds to Bree Newsome, an activist who scaled the flagpole to remove the flag herself before she was promptly arrested.

Greenberg is no stranger to the topic of race and controversy. The embattled teacher faced off against his school district in 2013 when he was originally sentenced to an administrative transfer by the school district from The Center School when a family claimed he created an intimidating environment in the required humanities class on race.

Send your son to public school where a crazed jewish demon can scream at him about how he needs to die. Public School is child abuse.

With the help of the teachers union of which he’s a member and support from the students, the school district’s punishment was eventually overturned after approximately one year

Fortunately union criminals are on hand to make sure this poisonous mushroom stays in the garden.

In May, Greenberg was the recipient of the Courage in the Pursuit of Social Justice Award from the the University of Washington chapter of the American Association of University Professors.

Parroting the anti-White b.s. of the criminals in power and evil finance industry billionaires. What a hero. 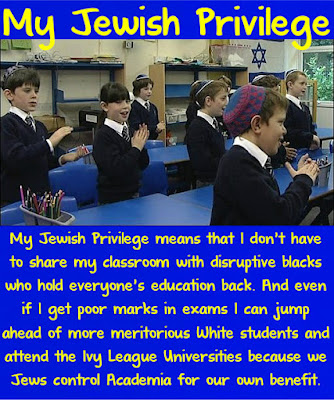