July 02, 2015
No, I didn't accidentally post the same article from two days ago. This is a new case of yet another jewess being deployed in the endless Long March through the culture, another "I'm White, honest!" desert alien full of horrible, suicidal ideas for any goyim foolish enough listen. Apparently the cattle are falling for this, because this is the third incident of this I've discussed this week. Is this the new strategy from our enemies, using wise jewesses pulling a Tim Wise act? In a way it's ideal for the nation wrecker. The jew can make the most outrageous anti-White statements, can openly promote White genocide and then hide behind the "Hey, I'm White like you!" defense, as if self-loathing is some type of virtue. Of course they're not White, they're the satanic enemy within and I'm here to take the mask off and show you the nation-wrecker behind it.

One "yella" mulatto replaced another one that should be indicted under the supervision of a foreign-born African tribesman sodomite, with the aid of a Wise Dyke la-teen-oh who mindlessly supports communism while ignoring the Constitution, using a the Bible of a dead "yella" that's probably full of missing pages and blocks of text blotted out (See you later, Letter to the Romans!). If that doesn't make your heart swell with patriotic pride at our dispossession and destruction you're evil.

It ended with a new nadir: a hate crime in Charleston, South Carolina

I assume this is a reference to the kosher "useful crisis" attacks on southern heritage and the Confederate flag.

Racism thrives not only in these instances of extreme brutality that capture headlines and provoke our outrage; it's permeated in deep and sometimes subtle ways throughout our society, in ways that are often much harder to see.

It's not just the obvious stuff like black pack attacks, polar bear hunting and foreign invasion across an open border. It's also subtle things like a jew playing a character to attack Whites.

It's inscribed in our geography and culture and entrenched in our institutions and systems, including those that govern access to capital, education, employment, health care, philanthropy and justice.

Well, there's a new one. "Races" geography! That mountain range is a hate crime! Scream louder jew, I'm sure a few Whites are still listening. 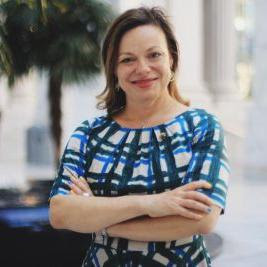 It exists among liberals as well as conservatives, in universities and corporations, in neighborhoods and houses of worship, in the North, South, East and West.

All Whites are bad! My tribe, I mean "progressives," working to eliminate you is good!

I ask my fellow white people, how much worse is it going to have to get before we take accountability for our racism and actively engage in dismantling it?

My fellow Whites: ask not what the synagogue of satan can do for you, ask what you can do for moloch.

As hard as this may be to hear, we, white people, are the originators of racism in America.

Whites invented "races!" Are you sure you're not thinking of penicillin, or the internal combustion engine, or magnetic resonance imagery or the telegraph, or sonar, or freedom of the press, or the internet you're using to spread this drivel, or...

While we do not have an exclusive monopoly on racism, we sit at the top of the racism food chain, and we are the ones with the power to end it.

Replace "White" with the more truthful "jew" and this statement becomes accurate. There's groups of people in America you're not allowed to criticize and believe it or not normal healthy Whites aren't one of them. If there's a "food chain" we're at the bottom, paying and appeasing, absorbing attacks and genocide propaganda, trying to survive the coming collapse.

Right about now, you might be saying to yourself, "Hey lady, wait a minute, what do you mean 'our racism'?

You might be saying "What do you mean 'we' you jew turd?"

I've never called anyone a racial epithet, I believe in treating people the same regardless of skin color, I even have a couple of black friends. What have I got to do with any of this?

Sorry, your very existence has been declared criminal by nation-wreckers that want you violently dead. No amount of appeasement is going to change this.

You might even think the solution is simply to say, "I see no color distinction, I see only humans."

This is the stage most Whites pass through on the way to waking up. Why do we have a country full of hyphenated outsiders hostile toward us and each other? Can't we just be equal? Then the alarm clock goes off and you discover White nationalism.

Stay on you knees. Grovel. More needs to be done. Have no children. Chase after materialism. Apologize for everything. Die.

I have been walking on the journey of reducing my biases my entire career.

Here I am with a schwoogie!

I considered myself a good person, and since good people are not racist, I was, ergo, not racist.

My intent is to help white people recognize that it's our responsibility to end racism. Because racism is a learned behavior, we can actually unlearn it.

It'll be like installing a kommissar in your own mind! Win the battle against yourself, comrade!

Until white people step up and do our share of the work, we are going to be mired in this mess indefinitely.

Over fifty years of massive sacrifice, unbelievable generosity and insane altruism don't count. As long as one White is alive, we've got work to do destroying your people.

I am grateful for the many and growing number of white antiracism activists and educators who are leading the way to this conversation in the white community, including Tim Wise, Dr. Robin Diangelo, Ali Michael, Sally Kohn, Laci Green, Janet Helms, Peggy McIntosh and others.

LOL. Here's a list of jews. All those heroic anti-Whites with the little caps on the back of their heads, they're just like you. 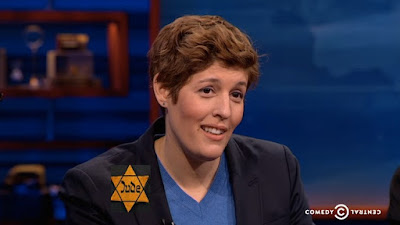 Another brave "White" fighting for genocide.

White people must understand our role in perpetuating racism and seek to form authentic caring relationships with people of color.

There's no reason why I wouldn't help a "well-behaved negro" get to the deportation pier in Israel, for example.

We need to have honest open painful conversations about race.

Here are the societal consequences of a full standard deviation in I.Q., etc.

We need to request the feedback of people of color on how to improve the way we interact, listen deeply and humbly act on that feedback.

Just keep debasing yourself, the State Religion demands it.

And then work side by side with people of color to dismantle racist institutions and create new inclusive ones.

We could start by getting rid of that "races" Constitution. I mean, even more so.

Racism will not end from on high; it will end when a grassroots movement of people like you and me committed to reflect on ourselves and our communities grows in size and influence until the culture shifts.

It will end when we're allowed to have a White homeland.

Which side are you on? Now is the time to decide and act.

Heritage and soil or an open grave? Choose carefully. 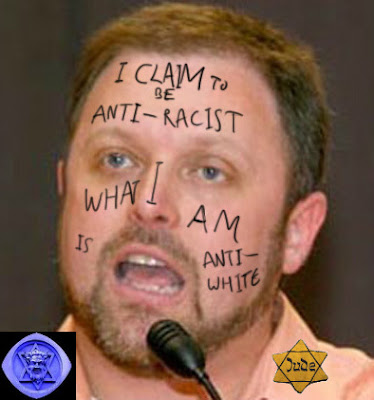