July 21, 2015
There are two types of "hate crime" in today's U.S.S.A. The first is the ones that actually occur, the endless unprovoked racially motivated negro attacks on Whites that are either given the memory hole treatment or completely ignored by the dinosaur media and the evil bastards in our criminal government. Then there's the marxist narratives: embarrassingly phony accounts of White evil that typically receive national attention before completely falling apart. Credulous acceptance is definitely the order of the day whenever a non-White or sodomite starts howling and even when the incident becomes indefensible our enemies smugly note that it could have happened and as such the continued attacks on our rights and persons are justified.

We've seen the incorrectly drawn swastikas, the toothpaste KKK, the sodomite abductions, the religion of peace attacking itself. Now a "yella" who could easily pass the paper bag test joins this pathetic collection of fraudsters. After all, black lies matter.

Shaun King, the so-called “Facebook pastor” who has become one of the leading activists in the Black Lives Matter movement, has often told the story of a brutal, racially-motivated beating he suffered in 1995 as a sophomore at a rural Kentucky high school.

Is this the elusive White pack attack that we're told happens but all evidence seems to be lacking? Could a jewish fantasy straight from the electronic synagogue actually have a tenuous foothold in reality? The answer, of course, is "no" but since this is the amazing jewbook pastor, a mulatto acolyte of our State Religion, we went along with it for awhile. 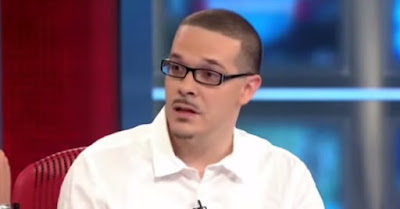 The male version of the undercover sista?

King, 35, has related the story of the hate crime on his blogs and in his recent self-help book, seemingly to bolster his credibility as an activist and as a self-help guru.

Yes, this incredibly light-skinned "African American" who hopefully doesn't have an embarrassing White family that will ruin his well-crafted deception, is here to help you. Imagine the kind of book this piece of dog shit would write. "Beat the Appeasement: How to Become a Negro in Ten Easy Steps" or perhaps "Black Like Me."

But King’s telling of the assault does not match up with a police report from the case.

I know, I'm shocked too. Who would have imagined this serial liar and con artist might not have been completely truthful about rural Whites, a subject our enemies usually are scrupulously honest about. 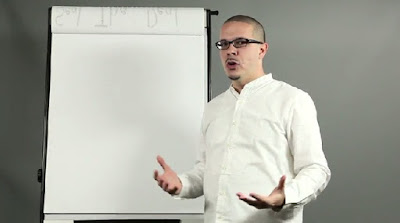 This seminar will give YOU the tools to make mad bank off cultural marxism!

While King has said that he was attacked by up to a dozen “racist” and “redneck” students, official records show that the altercation involved only one other student.

And while King has claimed that he suffered a “brutal” beating that left him clinging to life, the police report characterized King’s injuries as “minor.”

Only in the mind of a communist "progressive" can a minor altercation gradually transform itself into being attacked by the Grand Magic Cyclops and his minions and left a bloody ruin. Compare this lie to what really happens.

And none of the sources that keep track of hate crimes, such as the FBI, have records of one having occurred at the high school at that time.

That's pretty damning, but on the other hand we have the word of a lifelong dissembler who has a book to shill.

#38 Embellish a "hate crime" to earn sympathy from suckers and idiots.

King became a prominent national figure in the aftermath of the fatal police shooting of Michael Brown in Ferguson, Mo., when he and a small group of online activists used their Twitter accounts to draw attention to the case.

Yeah, because the national media certainly didn't want to discuss this. It was up to heroic activists to get the lies out there, to create tales of grandma's house and spreading Christ's word out of whole cloth. #Cigarspurchasedlegitimately.

King was one of the activists who pushed the “hands up, don’t shoot” narrative, which was based on the claim that Brown was surrendering with his hands up when he was shot.

It turned out to be about as reliable as any other deception offered up by this opportunistic scumbag. 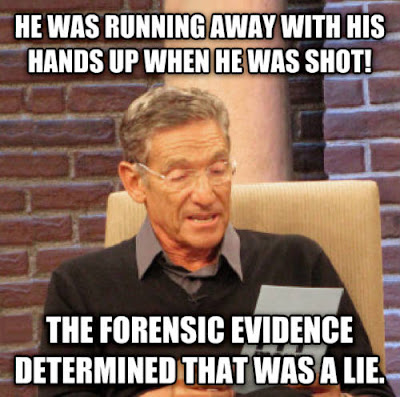 King parlayed his activism into a gig as a justice blogger at the left-wing website Daily Kos. He has also helped form a group called Justice Together.

After spreading lies that led to burning cities and dead bodies it was time to hit the cultural marxist pay window. What a hero.

After Ferguson, King became a prominent player in the case of Tamir Rice, the 12-year-old Cleveland boy killed by a police officer as he was holding a fake gun in November.

If anyone is an expert on fake things it's this dirtball.

He also offered a $10,000 bounty anyone who would remove the Confederate flag from the South Carolina state capitol grounds.

I guess that bounty will be split by the cowardly villains in the state government.

Prior to his entree into activist circles, King was the pastor of the Atlanta-based Courageous Church.

From the JUDEO-christianity con to the even more profitable world of racial prevarication.

Those endeavors have raised questions as well. Though they’ve generated millions of dollars in donations, the Internet is littered with accusations that King has used these organizations and fundraisers to enrich himself.

“Everything about my physical life changed on March 8, 1995,” King wrote in “The Power of 100!,” a self-help book he published this year. Besides getting the date of the incident wrong, King’s story does not match up with the official record.

But it sure lines up with the White guilt sermon being repeated around the clock on the talmudvision. Let me go get my wallet.

On his blog, King claimed that he was “mobbed and beaten to a pulp by a group of racist teenagers.” Elsewhere he has said that “a group of guys” in the school beat him “within a few inches of my life.”

Sure there's no evidence and my entire life is one long, sustained deception, but you don't want to be "races" like those "guys," do you? 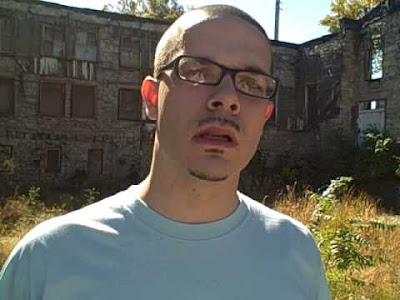