July 24, 2015
Work hard to fund your displacement. Chase materialism and empty hedonism. Don't even think about having White children. Watch lots of television. Be sure to tune in for that funny "White" man on the Jon Leibowitz show. Die. This is the kosher plan for the rapidly shrinking number of young Whites in the U.S.S.A. Yuck it up with a hate-filled jew bastard who wants to see every last White eliminated or enslaved. That desert demon sure is funny, haw haw haw. Turn off the talmudvision. Stop worshiping the jew devil.

While there are going to be a lot of fond farewells to Jon Stewart, who will do his final episode of The Daily Show August 6, Wyatt Cenac has a much more complicated memory of the late-night host.

Fare thee well poisonous toadstool with a fake gentile name. We all enjoyed watching you pour kosher excrement into the societal well. So many fond memories of your attacks on normal White America, the dancing animal that laughs and postures but also rends flesh with its claws and tears out bloody chunks with its fangs. Let us honor this spiritual neoplasm.

Maron asked, "And you got along with Jon?" "Naw," replied Cenac. While Cenac initially wanted to see Stewart as a father figure, he didn't get that.

The amazing mind of the "educated" negro that is endlessly pushed front and center. "Naw, he bee callin' me a shoo-geee an sheet."

That highly accurate imitation of negro click you performed is "ignorant" because it hurt my bestial feelings. That might work on most Whites, but the jew just sees you as one of the future tan slaves promised by the talmud. 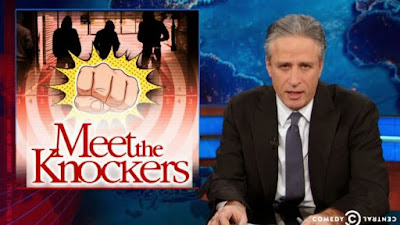 Jewish turd lies about the War on Whites.

Cenac, who was the only black writer there at the time, voiced his concerns during the writer's meeting.

The biological weapon wonders if the creatures that released it have its best interests in mind.


[Stewart] got incredibly defensive. I remember he was like, What are you trying to say?

Remember schwoogie, you're just a useful idiot in our Long March through the culture. Know your place on the kosher plantation. The jew honestly believes they can somehow control these jungle savages once Whites are gone. Good luck. To the average negro the chosen are just another "craka" to prey upon. If the jewish campaign of White genocide succeeds they will wish it hadn't as they're swept under a tidal wave of dark sewage, but their hatred of healthy Whites is so virulent they're willing to burn everything and then be consumed in the holocaust flames they lit.


The Light of the World. Demons that wear suits and ties and do wacky voices to make the goyim laugh, even as the knife presses into our throats.

Something like this, I represent my community, I represent my people, and I try to represent them the best that I can. I gotta be honest if something seems questionable, because if not, then I don’t want to be in a position where I am being untrue not just to myself but to my culture, because that’s exploitative.

The jew has been exploiting the negro since they were brought here in kosher slave ships. Today they're just another weapon deployed against Whites. If there's going to be a tomorrow worth seeing they must be deported, along with the jew that unleashed them. 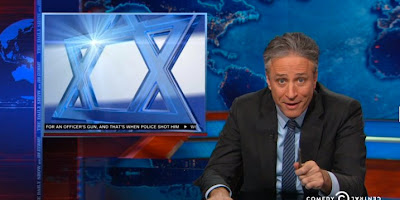