July 29, 2015
There isn't a day that goes by in the U.S.S.A. where there isn't a racially motivated attack against Whites involving the precious lives that matter so very much. If I wanted to and had the stomach for it, this blog could be nothing but an endless series of these crimes and we wouldn't even scratch the surface. For every story that sees the light of day countless scenes from the undeclared race war simply vanish into the memory hole, unimportant and forgotten. After all, there's negro ball, the candidacy of Jeb Bush and the possibility that some White person, somewhere, might have said "nigger" to fixate on. The War Against Whites rages on in secret, packs of feral shit-colored animals selecting the most vulnerable available targets for their cowardly attacks. Over half a century of appeasement and groveling accomplished nothing. Also, so much more needs to be done.

Her car damaged, her nerves shaken, the victim of an alleged group attack near the University of Chicago campus spoke exclusively with ABC7 Eyewitness News.

Yeah, "alleged" because we all know the Crabgrass American is a being of pure light and goodness, an expert at reversing life direction, getting ready to attend college and, in general, hip, cool and desirable as a sexual partner. If this description seems in conflict with observed reality you obviously need to spend a lot more time in front of the talmudvision.

Police say two people were arrested and charged, but Susan Pedersen says several dozen people were involved in the attack that left her two children covered in broken glass. They were in the back seat of the vehicle, which was left dented with the rear glass shattered.

White women and children attacked by walking turds that have no place in a civilized society. Will your mother, wife or daughter be the next victim of the long campaign to prove how much we love dangerous alien savages? Had enough of the monkeyshines?

Broken glass littered the pavement at 60th and King Drive across from Washington Park, where the attack took place around 9 p.m. Thursday night.

Stay away from MLK. Deep in the lower intestines of Chicongo, the writhing foul viscera that shat out our mulatto president, it's broken glass, empty lots, litter everywhere, creatures that are a twisted parody of humanity loping around and the content of their character on full display. The "yella" sodomite organizer that fled this wreckage for his kosher appointments wants to import this vile racial garbage into Idaho and Utah, any place that's "too White."

You need to avoid these areas if at all possible. You need to be armed. 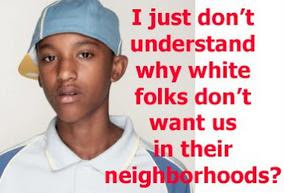 It's such an impenetrable mystery.

Pedersen says she had just dropped off a friend at the University of Chicago when she stopped at a red light and found her car surrounded by several dozen young people.

Those wacky and fun "young people" and their youthful exuberance. You probably surrounded your share of cars when you were young, am I right? Nothing to see here, hey, only a few more weeks until the Africa Ball!


"They were walking around both sides of the vehicle - in the front, in the back - and as they were walking across, they were hitting my car, using racial slurs and telling me that I didn't belong in their neighborhood because I was white," Pedersen said.

Those special preferences, expensive programs and endless games of equality make-believe sure are paying off. It seems likely the next negro spending initiative or cowardly apology will be the final push that magically transforms car-punching slur users into good little brown Amerikwans.


The group, all African-American, she says, kicked the vehicle and shook it violently. Her children were screaming from the back of the vehicle.

Bad behavior from the "African American?" Are you sure? That's not at all how they act on television.

Pedersen said one person was on a bicycle, which the group used it as a battering ram to shatter the back window. The broken glass left cuts on her 3-year-old son, Benjamin.

A preview of the coming all against all. Moronic animals use a White invention to smash and destroy. The weak are the targets. We can't share a nation with these living fossils.


Pedersen said a police car, which happened to be nearby, arrived and the group scattered.

Then the Jesse Owens act that is such a soulful part of the vibrant negro experience. Put your hands up, let us know if you can breath or not. All you wanted to do was cut White children with broken glass, you're a good boy with a life that matters a lot. 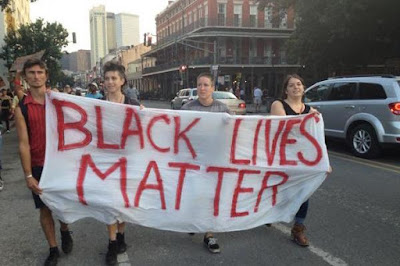 Two juveniles were arrested, police said. They were charged with misdemeanor criminal damage to property - a very minor offense.

For your punishment please read one or two sentences from this Malcolm X book and make a clicking noise to let us know you understood what you read.

Pedersen says the crime damaged more than her property. She would like more serious charges filed. "This is something that's going to stay with me for the rest of my life," she said.


But though Pedersen appears to have been targeted because of her race, there has been no talk of hate crime charges. 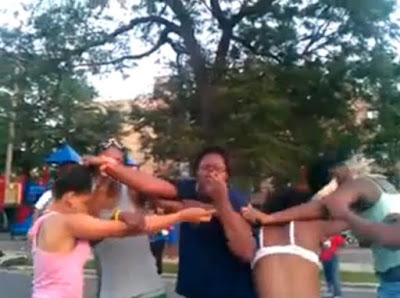