The End of the Beginning

The last few weeks have seen the rot accelerate at a pace apparently even a lot of White Nationalists weren't prepared to handle. The jawbone fell off the rotting corpse of the U.S.S.A. and the dripping, sightless eyeballs exploded in their sockets. This was only surprising or bad news to someone naive enough to believe the moldering remains could somehow be resuscitated. Our dead nation is splitting open, polluting the air with the most foul gasses imaginable. What did you expect?

We have to remember that the purpose of communist propaganda is not to win hearts and minds, but to humiliate and demoralize those who disagree with it. Watching two sodomites participate in a mocking, cargo cult version of our lost cultural institutions is not going to convert anyone to the virtues of buggery and coprophilia. It's a middle finger extended at normal White America by the satanic enemy and that's all it is.

Our nation lost its soul during the disastrous jewish century and now it has officially lost its mind. This is why we get the sodomite agenda, the "my mental illness must be respected, or else!" agenda, the hunting down of every last White, the attacks on our history and heritage, the worthless dead negress on our worthless currency and the plans to dig up "races" White bodies. None of this should be surprising if you're awake and neither should the total collapse that's coming. 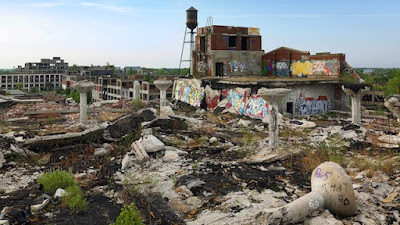 This proves we're not "races."

Many Whites still honestly believe that by supporting "conservative" candidates and participating in fraud-riddled elections we can somehow Frankenstein our necrosis nation back to life. This idea, and the Loser Party itself, needs to be thrown down. Last year there was a massive victory in the mid-term elections from the long shadow trailing tyranny. Since then the communist planned demolition has accelerated. It's obvious to anyone but an idiot that a careerist "I love Israel, Democrats are the real racists!" kosher Republican is not going to even make a dent in the fundamental transformation into fertilizer from the mulatto Romulus Augustulus and the jew wire-pullers controlling it.

Hate speech laws are next and it's almost surprising it has taken this long. We don't have a lot of time to wake up slumbering Whites. The good news is the internet still gives us a powerful platform, but the window is going to close. The myth that needs to be shattered most is the idea that if just got rid of all the hyphens and special preferences we could create an equal society free of racial strife. I think every decent White that isn't completely deluded or a slave to the jewish shekels eventually comes to this conclusion.

The problem is it can't work. We can't have an equal society because we're not equal. Genetic determinism is real and all the wailing in the world won't change it. A full standard deviation lower in I.Q. is a crushing handicap in a technological society and even that low number is inflated by White admixture. In a true meritocracy the negro would be almost entirely absent from any position of importance. There's only two alternatives: pushing them into jobs they can't handle with horrific consequences or their removal. Only one of those is fair. 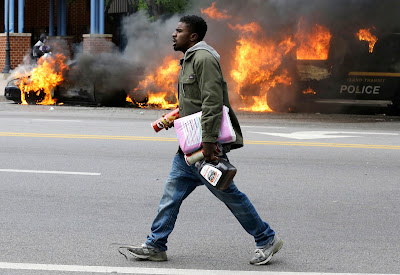 The end game of "we're all equal!"

We've reached peak negro and that's good news for us. Convincing your average White person that an African with foreign genetic material is fundamentally incompatible with White civilization is no longer the bitter uphill battle it was before the internet broke the jew monopoly on the flow of information. The same goes for the la-teen-oh, to a somewhat lesser extent. Even getting Whites jew-wise, once an almost impossible task in the face of "you're a nawrtzee that wants to electric belt zillions!" is now as easy as telling someone to Google jew pornography.

We're at a place in time where we can awaken as a people from the long nightmare of the jewish century and it's clearly happening. Defeatism at this stage is ridiculous. We must keep pushing the advantages that we have, fighting the kosher lies with the truth, never giving an inch. Wait until the real persecution comes, the gulags and thought crime laws, and then we can start counting the cost, deciding if a few more years of living peacefully in the face of encroaching "diversity" and spiritual evil is worth selling out our children's future.
This is not the beginning of the end, but it is the end of the beginning. The last time there were conditions like this was in Germany in the 1920s. Interesting days are ahead, there's no doubt about that. Be armed, be ready, be organized. Once the collapse comes we will build a White nation from the ruins. 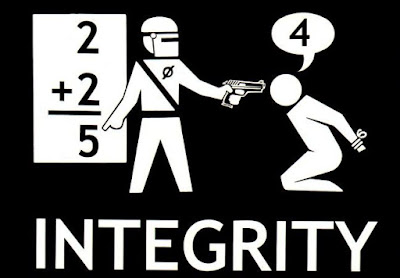