July 23, 2015
According to the electronic synagogue winning the support of the la-teen-oh and negro voters is critical for anyone wishing to sit beneath the jewish table and catch whatever crumbs fall off the plates. Trying to win the White vote is, of course, "races" and evil and sixty gobbelzillion went up the chimney, but trying to somehow appease brown aliens whose primary issues are "he done look like me" and "he gwine gib da free sheet" is somehow extremely sound political strategy for someone who neither shares the coal complexion or is willing to roll out endless handouts from White tax-payers. The question becomes how can we use 80 I.Q. animals to further our careerism when the obvious means of convincing the dark hordes are off the table? It turns out there is an easy solution.

It may be known as a political fight over watermelons.

With our country's current trajectory expect it to be the first of many.

I hope you're paying attention, Mr. Trump. Here's a "waddymelon" negro, vote for the Fried Chicken Party. This is the future of democracy. Now just fill a wheelbarrow with burritos and push it into the la-teen-oh ruins and you'll have checked all the most important boxes of representative government. 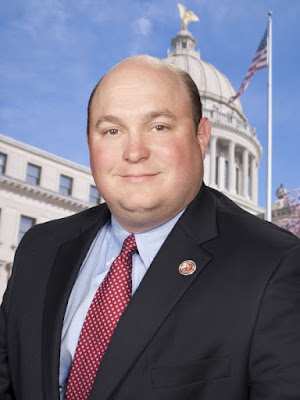 Bloated careerist scumbag met the needs of the negro community.

“Over the last week there has been an uproar on social media and I have spoken with voters who felt insulted by my opponent's, Brad Oberhousen, campaign tactics,”  Dortch said in a release.

“Voters reported that Oberhousen, accompanied with a paid political hand, drove from house to house in rural Hinds County passing out watermelons to black voters.”

Muh democracy. The death of a nation has a dignity all its own.


“On this particular occasion, I was personally invited to several family functions in the county for the July 4th celebration,” Oberhousen said. “Most knew of my access to fresh produce, including Smith County watermelons. Some of the families requested watermelons for their family functions. I provided them to those who requested  and some who saw them that day asked for extras.”

See, it's all above board. Some of the families requested menthol cigarettes, forty ounce bottles of malt liquor and snow hoes for family functions. I just provided for that need, like any good civil servant. 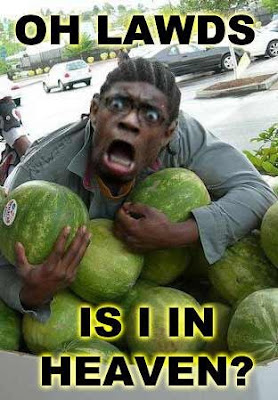 "These supporters have never nor do they now view this with any racial connotations.”

"Now if you'll excuse me I have to arrange a delivery of rims, kool aid and cough syrup to the negro area."


Dortch said Oberhousen posted photos of him passing out watermelons on Facebook, but later removed the photos.

Let us silently mourn for the potential comedy that was lost. Imagine this fat scumbag delivering a sweet slice of negro heaven to his teeming constituents, a real life minstrel show in a dead nation.


Dortch said Oberhousen owes the voters of House District 66 an apology for such an insensitive gesture.

Is this effective any more in a post-Trump world? 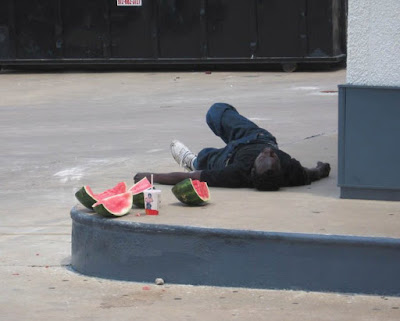