August 18, 2015
Like a hypnotist with a cheap watch dangling in your face and a droning, nasal voice our jewish enemy is desperate to get the increasingly intractable goyim back to sleep, back into the trance. Here's materialism and careerism. Your eyelids are getting heavy. Sports, booze and dope. So tired. How about feminism and pornography? Sleep. Sleep. The negro is your equal. Pride in your heritage is evil. We need an open border. Deeper. Deeper into the kosher stupor. When I snap my fingers you will be in a haze of spiritual sickness and convinced that you're a "races" that needs to die.

It's no longer working. Resisting foreign invasion is earning massive approval in the polls. Whites are starting to wonder why our genocide is presented as a good thing by the criminals in our media and government. Negro fatigue is setting in, just read the comments on any story about an innocent "good boy" whose life turn around process ended with predictable negro behavior, typical African disaster. Some Whites are even putting up signs, no longer afraid of the jewish minilove.

An Illinois businessman tired of endless talk about the anniversary of the police shooting of Michael Brown in Ferguson, Missouri, hit back in a way that’s got people talking more than ever.

We passed peak negro a long time ago. Most Whites are now admitting that the negro is a failed race, that the last fifty years of spending and appeasement was an unmitigated failure, that Martin Luther King Jr. tm., K., was not a great hero or even decent by negro standards. Our enemies have tried to push pathetic "gentle giant" narratives to reverse this, but it's failing miserably. The kosher monopoly on the flow of information has been broken and the truth is now too obvious to ignore. 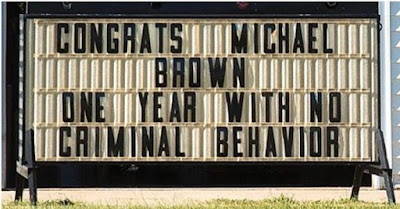 It took death to turn the life around.

It was a sign that was brutal in its simplicity.

We're done being polite, past the point where the fear of being called a name means anything. The U.S.S.A. is about to collapse. It must be replaced with a White nation.


Phil Schmidt, the businessman and owner of Schmidt’s Welding and Machine Shop in Farmer City, Illinois, told The News-Gazette of Champaign that he posted the sign out of disgust with behavior of “peaceful protesters” marking the anniversary in Ferguson.

Working Whites are sick of the kosher con job, sick of paying for pathology, tired of receiving violence and hostility in return for this coerced generosity. We saw the content of their character: worthless animals that don't belong anywhere near White people. We heard the lies, we heard the accusations against us and then watched in disgust as genetic determinism played out in our burning cities. 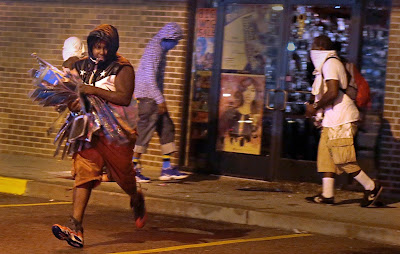 “It is what it is — all these people in Ferguson going crazy over a guy that broke the law three times that day, tried to kill a cop, tried to get his gun, it’s crazy,” Schmidt said in an interview with the News-Gazette last week.
Let's not let the truth get in the way of the anti-White jewish snow job. A few minutes of honest research and the entire story falls apart, not unlike other tall tales from the chosen. How many went up that chimney?

Don't worry, a careerist scumbag who would push his own mother into traffic for one more day in the materialism sewer is on hand to explain why this was the wrong thing to do.

“That is absolutely sad,” he said. “When you do something like that, unfortunately it paints a picture of our entire community.” 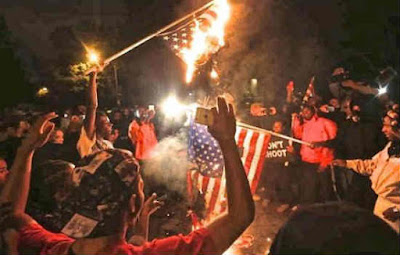 They should start behaving any day now, keep paying those taxes.

He said the country has lost a “moral compass,” and the Ferguson riots proved it.

We've lost our minds and our souls. The only answer is White Nationalism. 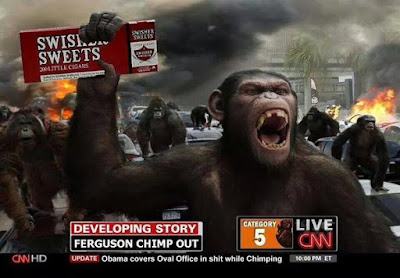