August 07, 2015
We're deep in kosher debt. There aren't any jobs. We're losing social cohesion. Whites aren't having children. Clearly, the solution is to flood our homelands with violent cultural, religious and racial aliens. Import the scum, accept displacement in your own lands. It's the right thing to do. Any opposition to this jewish madness, no matter how meek and mild, is "hate" and must be condemned by anti-White scumbags. In Germanistan, know for her ugly holohoax memorials, low birth rates, thought crime laws and porous borders, it was time to lecture the shkotzim on why we need to die. Put your head in that noose, it's better than being called names by some slag on the talmudvision.

A German news anchor has sparked a huge debate after using her evening TV slot to wage verbal war on those who racially attack refugees.

The War on Whites, beamed into your house via the electronic synagogue. Turn that thing off. Get in shape. Learn survival skills. Learn to use a gun.

Anja Reschke expressed her anger at how worryingly normal it now is to publish "hate tirades" under real names in comment pieces she believes has contributed to a "rise in extreme right wing acts" including arson.

I don't even know where to begin with this pile of kosher shit. People have unpopular opinions and should be punished, because we all know how active the "extreme right" is in attacking the innocent lambs of islam that for some reason are very eager to live in our hate-filled nations. We should quietly accept our displacement and destruction because a shiksa who has sucked countless putzes and participated in satanic kosher rituals is clearly a repository of non-suicidal wisdom. Trot out your unclean meat, jew, you're not fooling anyone. 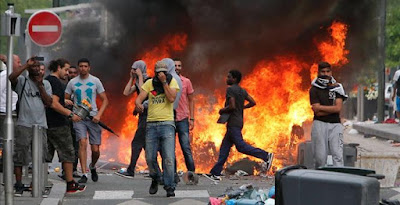 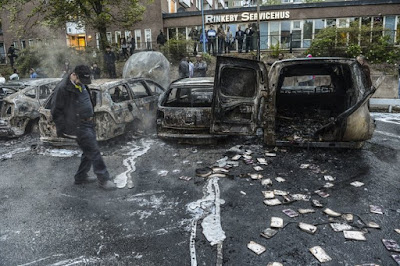 Must be those dang nawrtzees.

"Until recently, such commentators were hidden behind pseudonyms but now these things are being aired under real names," she said in the two-minute segment, which quickly went viral.

We're getting stronger and the jew is terrified. They haven't seen anything yet.

"Apparently it's no longer embarrassing - on the contrary, in reaction to phrases like 'filthy vermin should drown in the sea', you get excited consensus and a lot of 'likes'."

It's almost as if there are still healthy and sane Europeans that don't want to see their homes ravaged by foreign slime brought in by their enemies.

Reschke added that "little racist nobodies" find a thrill from "suddenly feeling great" after all the attention.

The funny thing about anti-Whites is that even if they win, they still lose. This slut will end up in a harem or stoned to death, the jew controlling her will discover that the mo-ham-head doesn't exactly revere them the way JUDEO-cucktians do and everything will burn. After the collapse, if we can restore our lands, it will be the "little racist nobodies" left standing while the materialist, the careerist and the traitor will be long gone. 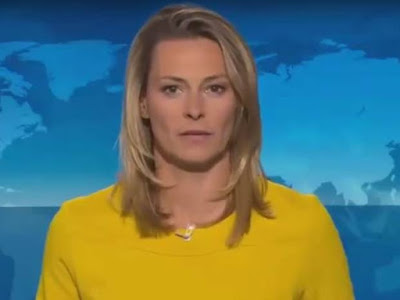 Since you love the foreign invader, how about sharing your house with a few dozen?

"If you're not of the opinion that all refugees are spongers who should be hunted down, burned or gassed, then you should make that known, oppose it, open your mouth, maintain an attitude, pillory people in public," she continued.
Nobody wants to "gas" anyone, you dumb bitch. We want our own nations. We want self-determinism. We want to live next to people that share our culture and values. We want to survive as a race. You're the one calling for White genocide, so take your "You're a not-see that wants to electric belt Pakistanis!" and stuff it you hypocritical, evil piece of dog shit.

Some people accused Reschke of being anti-free speech.

Anti-White would be more accurate.


"There is a mind-boggling number of people that are doing lots for refugees, who are not racist, and I think it's their voice that should be dominant rather than a handful of simpletons who think they should stir up hatred."

What heroes. Let me sit in this chair in the corner while you rape my wife and daughter. You want me to face the wall and wear this ball-gag so I don't try to "direct?" Sure, no problem. I'm sure glad I'm not one of those "simpletons" that "hate." Well, time to take my cyanide.

This should prove I'm not "races."

They're dangerous! I heard they're saying things on the internet!


Reschke tweeted a link to a website that is collating the most extreme remarks on the subject. It is called Pearls of Freital after the Saxon town in which refugees have been subjected to Nazi salutes and rallies demanding they leave.

Suffice it to say none of them actually left and they continue to enjoy the suicidal generosity in between apocryphal "races" incidents that are not supported by any evidence. 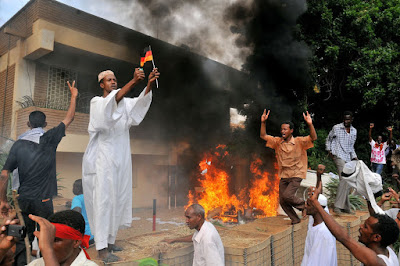