August 17, 2015
Recently we saw a speech by a communist jew ruined when negro animals funded by another jew rushed the stage so they could wail incoherently about nigga bodies, ah, ah. This is what a healthy democracy looks like: a circus of brown monsters screaming for White genocide, an alien jew criminal cowering from the same schwoogies it unleashed, a crowd of debased Whites maybe wondering for the first time if voting for cultural marxism was really doing any good. Now we must get the focus back on White genocide and away from the unbelievably ugly display of modern America that occurred. With the lesbian witch facing a possible trip to the green bar hotel it's very important that this exciting jew socialist get back on the anti-White narrative and try to forget the friendly fire from its biological weapons.

After bounding atop a blue trailer in a community park, Bernie Sanders quickly reminded people here that Iowa had helped elect the nation's first black president.

The next step, he said, is addressing racial discrimination and the recent shootings of unarmed blacks by law enforcement.

Imagine a coast to coast Bodymore, Murdaland where the minimal constraints on the negro are removed, where the "five oh" is afraid to do anything about their typical pathology and the stone age monsters run wild. Vote jew communism, we'll get the corpse of the U.S.S.A. into the cremation oven much faster than even the worst cuckservatives. 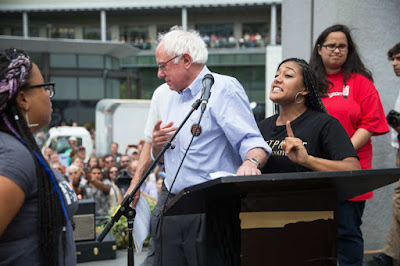 When Whites are gone they will turn on the jew.

"I know that I speak for all of you that we are sick and tired of reading about and seeing videos of unarmed African-Americans being shot," Sanders said Sunday at a Democratic picnic.

Lies stacked on lies like a ziggurat made of kosher bullshit. Innocent negroes, about to go to college, certainly not putting wads of drug money in their mouths or throwing guns under a car during the Jesse Owens act. We're so sick of that rule of law and attempts to control the content of their character. Let them kill and destroy. To make up for it we'll start imprisoning Whites for speech and thought crimes. My bland lecture on jew communism was ruined by these schvartzes once, so now you must all pay.


"We know that if those individuals were white, the odds are very strong that would not have happened to them."

Wrong. There's ordinary deceit and then there's the dissembling you get from the nation wrecker. Tell the goyim the most outrageous stories, jew. Innocent turd-colored victims, hard-working and honest merchants, millions up a chimney, what's the Holodomor, I've never heard of it, etc. 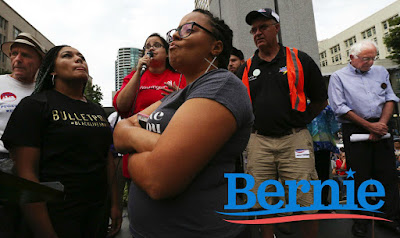 Powerless against the zoo it created.

Must be that "races" justice system, police that are afraid to enforce the laws and evil old Whitey. Bernie Sanders plead a lot. More negro appeasement, that's what we need. It worked so well over the last fifty years. This next kosher humiliation will finally fix the living fossils, honest.


It followed disruptions of the senator's appearances in Phoenix and Portland, Oregon, by Black Lives Matter protesters who say his message to cure economic inequality fails to address institutional racism.

"I fully support White genocide and more free stuff for you shvatsas. Please leave me alone, I fight with economic voodoo and alien proxies and have absolutely no physical courage."

At the Wing Ding fundraiser, a high-profile gathering of Democrats in northern Iowa, Sanders rattled off the names of shooting victims in Ferguson, Missouri, Baltimore, New York and elsewhere.

LOL. Come to the communist "wing ding," drop some shekels down the well, listen nervously while a jew that might not make it through the night yammers the names of negro criminals. That awkward feeling when there's nothing but suicidal Whites at the marxist rally but the jew on stage won't stop talking about dindu nuffins.

"On and on that list goes! That has got to end," Sanders said.

I agree. Deportation is the answer. 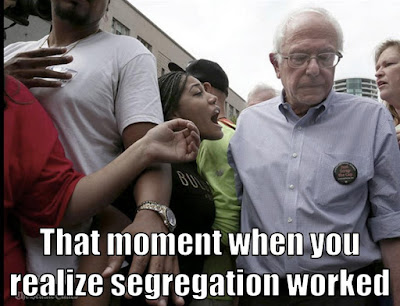 Maybe destroying my own country in an insane attack on Whites wasn't the best idea.

At the Iowa State Fair on Saturday, Sanders thanked the state's electorate "for their courage in voting for Obama in 2008.

During Sunday's picnic, Sanders said the country should be proud that it had become a "less discriminatory society" but said racism remains a major problem "that together we must overcome."

We're drowning in spiritual slime, invaders are flooding over our open borders and our cities are tribal war zones. We should be proud. However, there are a few healthy Whites remaining so much more needs to be done. 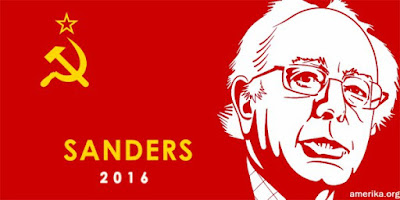