The Jew Funding the Zoo

August 11, 2015
Left to its own devices the negro is practically helpless, as witnessed every day in the African heart of darkness. What they achieve without outside help could not be more pathetic: mud huts, endless warfare, violent superstition, disease and death. Sometimes the brown animal wails for the White debil they killed to come back, before falling back into a moronic fog of satisfying whatever immediate animal desire presents itself. This is a failed branch of humanity, a 60 I.Q. evolutionary dead-end that has no place in a civilized society.

Back in the U.S.S.A. the brown animal is every bit as helpless, dangerous and idiotic as the Dark Continent savages that sold them to the jewish slave ships centuries ago. Here, however, they are propped up by endless appeasement and hand-outs and then weaponized by the jewish nation wrecker. For 33 million dollars, a paltry sum in fiat counterfeit currency, our enemy purchases burning cities, pack attacks, "More negroes for Idaho!" and all the rest of the pathology we see being praised on the evening news.

There’s a solitary man at the financial center of the Ferguson protest movement.

The jew. The tiny minority that has us surrounded on all sides, the demonic evil that tirelessly works behind the scenes to fund the rot. The traveling merchant with no home or loyalty to anything but its tribe, the parasite that attaches itself to healthy nations, the coward that fights its War on Whites with money, the talmudvision and dark monsters.

It’s liberal billionaire George Soros, who has built a business empire that dominates across the ocean in Europe while forging a political machine powered by nonprofit foundations that impacts American politics and policy, not unlike what he did with MoveOn.org.

Most Whites aren't even aware this creature exists, let alone the massive damage it has caused and continues to cause with "charitable" nation wrecking organizations. Ignore the jew behind the curtain, go back to your sports and booze. Everything is fine. 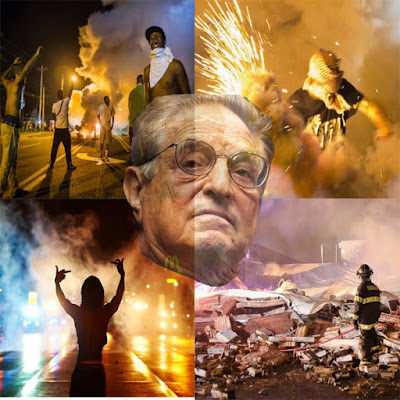 In all, Mr. Soros gave at least $33 million in one year to support already-established groups that emboldened the grass-roots, on-the-ground activists in Ferguson, according to the most recent tax filings of his nonprofit Open Society Foundations.

For this pittance, a completely trivial sum for the money-changer, a seemingly endless source of anti-White chaos has been created. Shit-colored beasts barely intelligent enough to walk upright get their marching orders from big jew and lay waste to America's corpse.

“Our DNA includes a belief that having people participate in government is indispensable to living in a more just, inclusive, democratic society,” said Kenneth Zimmerman, director of Mr. Soros‘ Open Society Foundations’ U.S. programs, in an interview with The Washington Times.

Funny you would mention the DNA that also influences other things, like a full standard deviation difference in I.Q., sloping foreheads, muzzles, brow ridges, lack of future time orientation, etc. Here's your jew democracy, goyim. Cities on fire, jungle monsters running wild, worthless currency, foreign invasion, sodomites and genital mutilators, spiritual sickness and the coming collapse. The Kenneth Zimmermans of this world will not fare well in the imminent all against all, but their hatred of Whites is so profound they're willing to sacrifice themselves as long as we die with them, a kosher kamikaze attack on the West. 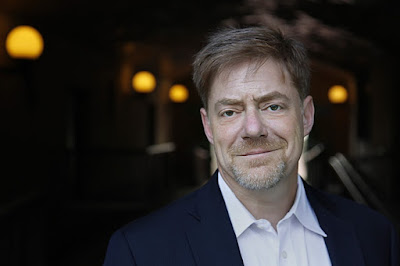 "I'd rather try to rule over ruins than live an ordinary life in a healthy White society."


“The incidents, whether in Staten Island, Cleveland or Ferguson, were spontaneous protests — we don’t have the ability to control or dictate what others say or choose to say,” Mr. Zimmerman said.

"We're just humble followers of g*d and the Ten Commandments. We have no real power. We're pure goodness, the Light of the World." Everyday fewer Whites believe this nonsense. Your ability to control and dictate to Whites is weakening, jew.

Nothing screams "grass-roots" like a cynical attack on White America funded by a two-legged rat. 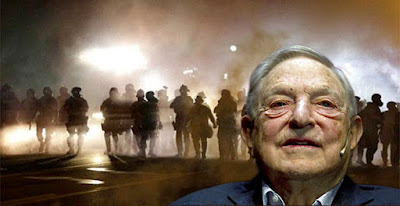 "Yes, schwoogies. Attack the Whites so I can profit."

Other Soros-funded groups made it their job to remotely monitor and exploit anything related to the incident that they could portray as a conservative misstep, and to develop academic research and editorials to disseminate to the news media to keep the story alive.

We all know that jewish media control is just a myth made up by not-sees, so please ignore the above paragraph.


“I went to Ferguson in a quest to be in solidarity and stand with the young organizers and affirm their leadership,” said Kassandra Frederique, policy manager at the Drug Policy Alliance, which was founded by Mr. Soros, and which receives $4 million annually from his foundation. She traveled to Ferguson in October.

Yes, the jew is also hard at work trying to get Whites addicted to drugs, rendering them helpless and easily controlled human derelicts, too "baked" to resist whatever evil our enemies unleash. Do kosher narcotics, shkotzim. It's good for you, honest.


“The war on drugs has always been to operationalize, institutionalize and criminalize people of color. Protecting personal sovereignty is a cornerstone of the work we do and what this movement is all about.”

It was never about the alleged negative societal consequences of dangerous chemicals, that's silly. It was "races." How the jew controls its contempt for the tar-colored drug slave long enough to give it orders is a mystery. 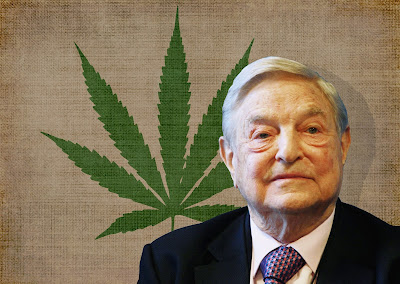 Spend your life in a drugged-up stupor, goy.

“Its explosion into the mainstream recently is because it connects all the dots at a time when everyone was lost for words. ‘Black Lives Matter’ is liberating, unapologetic and leaves no room for confusion.”

It's was either that or "Kill the Whites," which might still be slightly too extreme. For now.


OBS and MORE, along with the Dream Defenders, established the “Hands Up Coalition” — another so-called “grass-roots” organization in Missouri, whose name was based on now-known-to-be-false claims that Brown had his hands up before being shot.

We all know that facts are "races" so let's now dwell on that.


Hands Up Coalition has dubbed 2015 as “The Year of Resistance,” and its outreach program strongly resembles how President Obama’s political action committee — Organizing for Action — rallies youth for its causes, complete with a similarly designed Web page and call to action.

Careful what you wish for. The White resistance is coming soon.


Mr. Soros, who made his fortune betting against the British pound during the currency crisis in the early ‘90s, is a well-known supporter of progressive-liberal causes and is a political donor to Mr. Obama’s campaigns. He committed $1 million to Mr. Obama’s super PAC in 2012.

What a hero. Gets rich rooting for the collapse of the United Kaliphate, then engages in typical jew behavior. 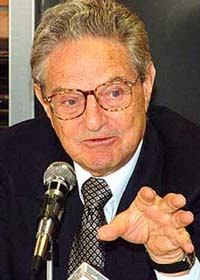