September 10, 2015
People in the future are going to struggle to understand the negro delusion that gripped the U.S.S.A. in its final days, the insane belief that a failed race carrying foreign genetic material from an unknown primitive source could somehow be integrated into a modern technological society. Anyone with eyes can immediately see that they've got more in common with homo erectus than any White person and "races" intelligence testing has confirmed beyond any doubt what was obvious just by honest observation. This evolutionary dead-end must be removed. Over fifty years of appeasement has done nothing to change the "content of their character," if anything it emboldened the living fossils to prey on us.

The victims of the dark savagery were White, a detail that can only be gathered by reading much deeper into this tale for the memory hole.

Chief Thomas Carter said he was disgusted after he called for a night of peace a few hours prior to the attack.

Don't worry, a negro promoted far beyond its abilities is on the case. Maybe we can reason with the jungle monster? Come on Barkevious, don't attack. Surprisingly trying to convince a 70 I.Q. brain with nearly absent frontal lobe development that "we bee needin' da piece" failed miserably.

Carter said the Newville teens, ages 16 and 19, were walking to their car when they were jumped by a large group of teens at N. 3rd and Walnut streets near Strawberry Square.

For our elected criminals wondering why anyone needs a "high capacity" magazine, consider this your answer. 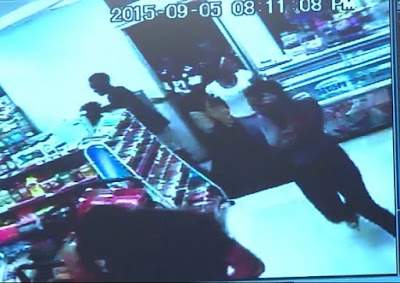 The raw material for democracy.

Both teens were treated at a hospital. The 16-year-old suffered a broken jaw. ABC27 reported the incident on Monday, but was unable to confirm the details until after the State of the City address Tuesday morning.

Now to get this story buried before any more Whites wake up and start wondering why we're forced to live next to moronic animals that want us dead.


Carter said he spoke with the brothers personally and uncovered this was more of a racially motivated hate crime.

Still no races mentioned, no details given about the terrifying moments when unarmed victims are surrounded by violent "African Americans" hooting, eeking and calling them "craka" and "milk" before the cowardly pack attack.

Carter was visibly disgusted giving details about the ordeal. He believes the teens who attacked the brothers are the same group that caused so much mayhem in Midtown Saturday night. ABC27 obtained surveillance and cell phone video that shows dozens of teens thrashing and looting a convenience store at N. 2nd and Verbeke.

It might be, if you can somehow discern between identical looking and behaving stone age leftovers. 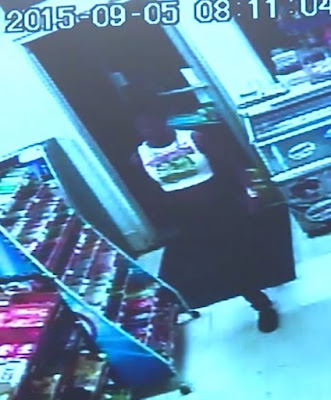 The teens caused at least $300 worth of damage in the store, according to police. More than a dozen cars had dents and broken mirrors after the teens left Kipona Saturday night and created a path of vandalism along the way.

That spending, groveling and bleeding is doing a great job fixing the negro pathology. They're getting better, can't you see it?


Police located a 15-year-old at the corner of N. 2nd and Reily streets with a gunshot wound to the leg. Investigators later determined the teen shot himself.

Negroes and firearms, an endless source of comic relief.


On Sunday, Carter spoke to the media and asked parents to be vigilant. He promised to protect the public and called for peace.

I guess you failed, but thanks for the empty words. 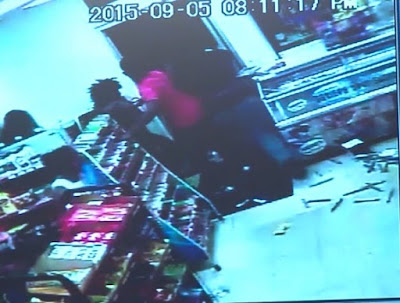 The wonders of "diversity."

“There is no rhyme or reason for this kind of activity here,” Carter said on Sunday. “The juveniles in the city, they know better. I’m calling on for a night of peace, a night of calm.”

Around 10:30 that same night, teens did not heed Carter’s call.


Carter said the one saving grace is that the federal courthouse building has many surveillance cameras, which could be the tool to help police tighten the loose screws.

No arrests were made. Don't worry, we'll get those loose screws, like that amazing hovering shirt and the assorted tar-colored blobs.

“Hopefully, we can look at the camera footage to identify the juveniles responsible for this sort of behavior and if we do, they will deal with the full force of the law,” he said.

This affirmative action case is truly the master of the empty promise. 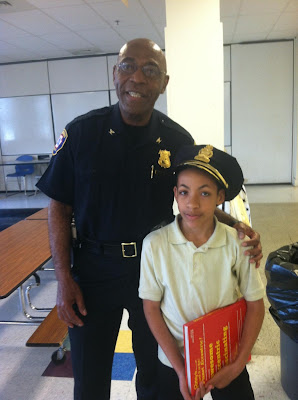