September 07, 2015
It's Labor Day weekend in the U.S.S.A., the traditional end of summer. For Whites it means time with the family, activities in nature, backyard cook-outs and watching the Africa Ball on the synagogue in the living room. No vibrancy, no diversity, just boring activities that don't end with anyone bleeding out in an ally. For the negro and la-teen-oh in Chicago it means tribal warfare, all against all, unarmed teens firing guns at each other, dead good boys, not doing [anything], sitting in cars gone wrong and lots of free medical care after being made more aerodynamic by flying chunks of metal. It means 36 shot and, as of this writing, counting. It means they're a violent and dangerous failure that needs to be removed.

Six people have been killed and at least 30 others were injured in shootings across Chicago since Friday evening.

More needs to be done, a lot more. The next doomed program, the next punitive tax, this will be the one that finally corrects the genetic inferiority, that raises the dark outsider to the level of the most pathetic Whites.

In the first fatal shooting of the holiday weekend, a 35-year-old man was shot to death while he was sitting in a passenger seat of a parked car in the North Lawndale neighborhood Friday evening.

Sitting in a car, still the most dangerous activity for the "minority," although "standing around at 2 am for some reason" is making a strong push recently.

The victim was inside the car in the 1100 block of South Richmond when an unknown offender walked up to him at about 8:20 p.m. and opened fire, striking the man in the stomach, police said.

More walk-by shootings. We're going to democracy this worthless human sewage into good little citizens, you just have to be patient and allow the extremely slow and often retrograde "progress" to play out as you pay in money and blood. 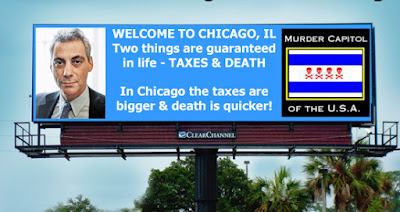 Run by a jew, ruined by negroes and la-teen-ohs.

About three hours later, three men were shot, one fatally, in the North Austin neighborhood. The three victims were standing on the sidewalk in the 1600 block of North Mayfield when someone inside a passing car fired shots at them, striking all three men, police said.

In one of America's worst ghettos, an area that looks like it's been carpet-bombed, the traditional negro pathology plays out. A negro sharpshooter, maybe even holding the gun correctly in its paw, hits all three targets and wins the big prize at the societal collapse carnival.


A police source said the shooting is believed to be gang-related as all victims were documented gang members.

The content of their character. Here's what the hand-outs and appeasement purchased. Future college students join a harmless good boy's social club and it somehow ends in disaster. 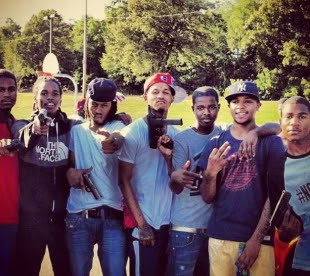 Early Sunday morning, a 19-year-old woman was shot to death during an outdoor party in the South Side Woodlawn neighborhood. At 1:30 a.m., the woman was standing with a group of people in an alley in the 6100 block of South Cottage Grove when a fight broke out, police said.

The same predictable failure, over and over. The banality of negro evil. They don't belong in a White nation.

No one is in custody for the shooting, and Area Central detectives are investigating.

No arrests were made. Will we get a huge "Black Lives Matter" protest over this incident, or any of these other "standing gone wrong" deaths? My educated guess is "no."

The most recent fatal shooting left a woman dead and a 34-year-old man injured in an incident in the Englewood neighborhood.

It's time to start seriously discussing how we're going to deport the negro to Africa. If it costs thousands of dollars per negro it would still be an unbelievable bargain.


A 26-year-old man was found lying in the street with multiple gunshot wounds in the chest at about 7 p.m. Friday in the 5700 block of South Lowe in the Englewood neighborhood.

Expect lots of national outrage for this poor man's Michael Brown. Left lying in the street, a victim of jungle violence, gentle giant becomes street fertilizer courtesy of its fellow animals. Give a speech about this mulatto sodomite, tell the professional victims to start protesting their own failed race.

An 18-year-old man was shot in Brighton Park on the Southwest Side. He was taken to Mount Sinai Hospital after the 8:20 p.m. attack in the 4400 block of South Mozart and treated for wounds to the leg, back and hip. His condition stabilized, police said.

You'll get the bill, Whitey. Pulling bullets out of some creature's "booty," your tax dollars at work. 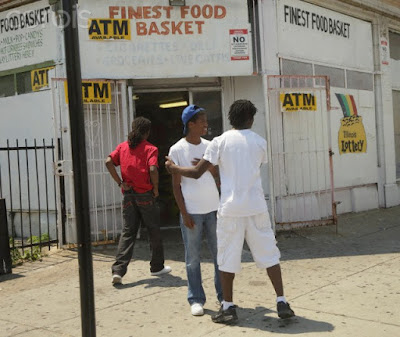 The Chicago rot.
Chicago Content of Their Character Midwest Mogadishu Negro Gangs No Arrests Were Made Pathology of the American Negro Rahm Emanuel Tribal Warfare