I'd Expect More from the NAACP President

September 18, 2015
Let's take a well-earned break from discussing the coming jew-led demographic annihilation of White countries to examine what passes for comic relief in today's dying clown world. It's a story of "driving while black" and "Ah's got da raht!" with maybe a little "races" police sprinkled on top. A negress gets stopped by the "five-oh," has a relatively mild chimp-out and gets arrested because of "racism." This is today's U.S.S.A., a nation where all animals are equal but some much more so, where laws are rapidly becoming an optional inconvenience for the precious coal-colored rot.

The president of the local NAACP branch was arrested for obstruction after the Kenosha Police Department said she told an officer she didn’t deserve a ticket for driving nearly 20 mph over the legal limit on a city street.

A worthless negro hauling ass on a city street, you have to wonder why considering her sinecure doesn't exactly have deadlines, add any value to society or have any reason to exist whatsoever. In a nation where an unkind glance at a negro can destroy a White person's life we need this hyphen-American con game. This turd is paid by the jew to sow discord and encourage violence against Whites. If that wasn't enough, this jungle creature has a bad case of the lead foot. Still, must be "racism," because we all know the "African American" is just a deep-fried White person that's always turning the life around.

Veronica King, 52, of Kenosha, was instructed eight times to get back into her van after a traffic stop in the 4900 block of 52nd Street about 3 p.m. Sunday, according to police.

The jew myth: "races" White po-po gunning down innocent gentle giants and future college student good boys for no reason whatsoever. The reality: long-suffering officers politely asking a blob of genetic garbage to please get back in the vehicle for the eighth time while it hoots, ooks and eeks. 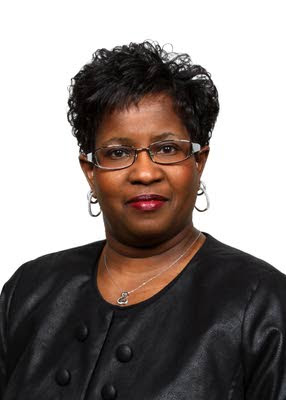 This criminal animal gets paid to hate White people.

A motorcycle patrol officer clocked her vehicle on radar traveling 44 mph in a 25 mph zone in the 5200 block of 52nd Street.

We can add "radar guns" to the list of things that are "races." Fast and the Furious Part 27: Assignment NAACP.


According to the police report, King told the officer she hasn’t been issued a ticket in over five years and deserved a warning.

Wow, five whole years. Talk about the model minority. Let it use sleepy residential streets as a drag strip, that's just the vibrancy of the "African American" experience.


When she was informed she would be receiving a citation, instead of a warning, she became uncooperative.

Professional victim sheds whatever debatable humanity it might have had to revert to the natural animal state of the genetic alien in our midst. They don't belong in White nations. 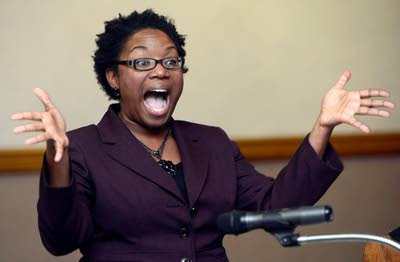 I ain payin' no wack tick-et.

“I’d expect more from the NAACP president,” Kenosha Police Lt. Brad Hetlet said. “This is someone who should be setting an example for the community.”

No, this is about the behavior I'd anticipate. It's a jew-created group dedicated to pushing cultural marxism and White Genocide, not cleaning up the considerable pathology of the negro.


Police said King exited the vehicle and stood in the road, stopping traffic in the process, and told the officer, “I’m no threat to you. I don’t have to listen to you.”

Standing in the middle of roads, yet another example of the rich and soulful "Afro-American" experience. "Laws bee fo' wite suckas, I finnin to wahh up da sinner oh dis sweet."

After ignoring numerous requests to return to her vehicle, King was arrested for obstruction.

Yeah. Make sure this living dog shit can breathe. More brutality and "racism," let's get a jew lawyer on this case.


“If she’d simply followed the officer’s orders, which were for her own safety and the safety of others, she’d been issued a speeding ticket and released,” Hetlet said.

We've heard this song before. If the negro would simply think logically and have a little future time orientation it might start behaving itself. If only.

And we all know what that reason is, right? Yes, that's correct. "Racism."


King told officers they injured her wrist and shoulder during the arrest and said she couldn’t sit in her vehicle because she has arthritis in her hip, according to the police report.

Time to get the negro lottery going. A living fossil that was pretending to be the first NASCAR negro moments earlier is now suddenly a fragile porcelain doll. I can't sit in my vehicle because of this bad hip. I was sitting in it earlier, driving at insane speeds. Logic trap. Then, of course, the severe injuries inflicted by this modern day lynching. Don't worry White tax payer, you'll get the bill for this nuisance lawsuit.

The incident was reportedly videotaped and witnessed by a nearby resident.

Hopefully this will prevent the usual negro nonsense, but these days you never know.


In addition to a speeding ticket, King received a $250 citation for obstructing police. She was taken into custody and released at the scene.

Wow, they sure landed on her like a ton of bricks. 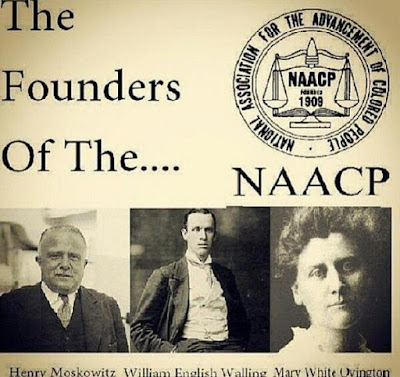