September 23, 2015
When you examine peaceful and prosperous success stories like South Africa, Zimbabwe and Detroit it's obvious that fewer Whites, a.k.a. "diversity," is the answer. Clearly Barkevious is dumb, violent and sexually aggressive and Juan is lazy, filthy and has no interest in learning our language or cultural norms because of the presence of the White devil. If Whites could just be removed, possibly via a lengthy jewish campaign of spiritual evil combined with open borders invasion, everything wrong with the teeming brown metastasis should magically repair itself. This is the logic of a society that has lost its mind, lost its soul and can't even defend itself from the most direct attacks imaginable. This is the argument for White Genocide. It's the biggest crock of shit I've ever seen, a blind and insane faith in a death cult, the virulent Flat Earth of our time.

Paducah Public Schools wants to make all of its students more comfortable in the classroom.

Well, except for White students, who will be targeted by dangerous "minorities" for pack attacks, but who cares about them, we want them dead anyway.

"We are not diverse as we want to be," said Assistant Superintendent William Black.

"There are still some Whites that aren't dead or fled and here's why that's a problem..." This clown gets paid to play anti-White make-believe in a dead nation. Remove and kill Whites, the most non-controversial position you can possibly take in the putrid remains of the U.S.S.A. 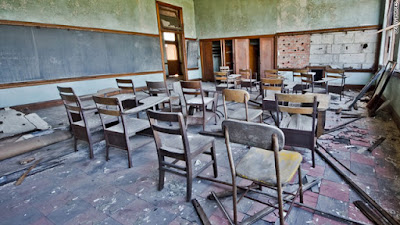 Paducah Public Schools says it can do better with one of the most diverse student populations in the state. To do that, they want to diversify staff and administrators.

Hundreds of students of different shapes, sizes and ethnic backgrounds walk through the hallways of this elementary school every day.

Yes, shapes. Here's Dajewdejuan, a giant tar-colored cube. Meet Jose, a sawed-off cluster of glowing crystals dripping Rio Grande water. Back in reality all this "difference" comes down to identical-looking and behaving brown failure, a horde of idiocy and, at best, barely concealed hatred for White civilization. 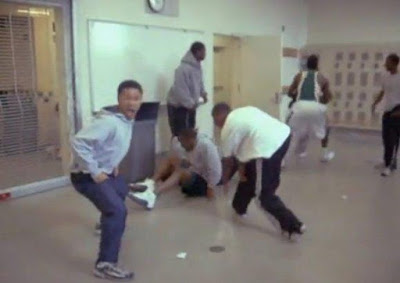 We bee gettin' are larn on.


"Our student body is among the most diverse in the state," said Paducah Public Schools Assistant Superintendent William Black.


We've got both tar-black negroes and dark brown la-teen-ohs. Plenty of black hair and brown eyes too! They all listen to (c)rap, can't read or do basic math and want hand-outs. Diversity!


"We want our students to see teachers and staff members from backgrounds and ethnicities similar to theirs," he said.

"Dis hoe done look lack mee" is now officially more important than passion for the job, desire to make a positive difference or even basic competence. Having flesh the same color as a bowel movement is the most important and possibly only hiring consideration.


Black says for the past 20 years the district has been trying to make schools' staff and administration more diverse, but it's still not where it wants to be.


"We been trying to get ridda of da crakas for awhile, I ain't no thought crim-nal." 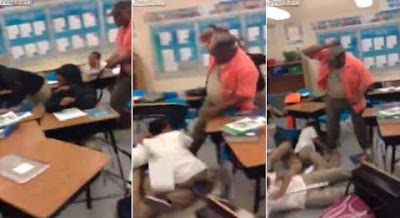 Negro "teacher" uses belt to subdue the "diversity" in the modern version of "To Sir, With Love."

Even after years of work by the district, only 12 percent of faculty members are from minority groups.

Too many Whites, the biggest problem in education. So much for judging the "content of our character." You must fail the paper bag test to teach here, this is a healthy democracy.


"Psychologically and socially we identify more closely with authority figures who look like people in their home environment," said Lee Emmons, the Director of Child Watch.

Sure is strange how everyone wants to be with their own people. Careful there Sigmund Fraud, you're right on the cusp of Crime Thought.


"It could increase their comfort level and can increase the level of understanding of cultural norms," Emmons said.

An all-White nation is, of course, "races" and evil so don't go getting any crazy ideas. Also, I thought forcing everyone to mix together was a mighty strength. Suddenly, it isn't. But we must have "diversity." And homogeneous negro classrooms for the comfort. But not for Whites, never for Whites. There's so much doublethink in this article it's almost unbelievable.

"It's important to us that our staff reflects the diversity of our student body," Black said.

Let us all share in the sacraments of our State Religion and read the words of the benevolent jew pulling the wires. Sending your White children to a public school is child abuse.

Black says recruitment efforts are important, because the percentage of teachers with diverse backgrounds in the state is low. 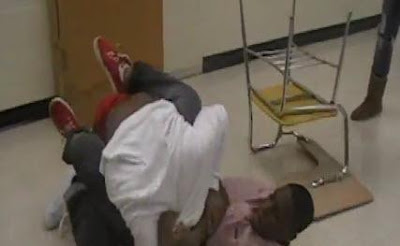