September 25, 2015
Our kosher State Religion of cultural marxism requires a constant state of willful ignorance from all but the most completely deluded true believers. The low intelligence and poor behavior of the negro has been so extensively documented pointing it out shouldn't even be slightly controversial, but the jewish equality cult will gladly ruin your life for noticing self-evident facts. Instead, our enemies tie themselves into knots trying to explain away genetic determinism, usually blaming Whites in the process and then turning around and begging for the White Devil to please come back.

The doublethink and cognitive dissonance contortions become increasingly pathetic as all the traditional excuses collapse. It must be economic! We need fewer White teachers. Maybe the system itself is somehow broken? Anything but admitting what is obvious to anyone who isn't living in fear of the jew. The negro is inferior, dangerous, filthy, moronic and has no place in a White nation.

Maybe that full standard deviation in I.Q. is playing some minor role in the predictable "African American" failure? No, must be "races" Whites, poverty, the legacy of slavery, classes that aren't completely taught in rap lyrics and/or click language, White teachers, not enough spending, sickle cell anemia, having a president who is only mulatto instead of tar-colored black, evil Whites, cosmic rays, etc.

The report, released Thursday by the National Center for Education Statistics, the research arm of the U.S. Department of Education, sheds new light on the achievement gap between white and black students and bolsters policymakers’ fears about the ramifications of increasingly segregated schools.

Oh no, segregation. How can we find a happy balance between White Genocide and fixing the rot that remains when we're dead or fled? "We need more dark aliens," comes out of one side of the kosher maw, "Come back Whitey, we dyin' hee-ah!" out the other.

"I think that we all have some sort of anecdotal sense that racial isolation or the resegregation of schools going in that direction is not a good thing,” says acting NCES Commissioner Peggy Carr.

Barkevious can't get that learn on when surrounded by its fellow animals. We need Whites and Asians to bite this "diversity" shit sandwich and pull up the embarrassing averages a little. But remember, genetic differences in intelligence aren't real and are also "races." 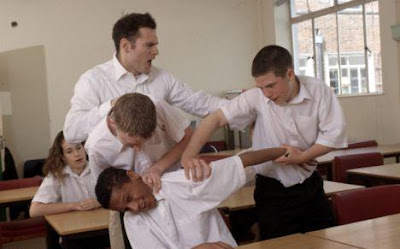 “It’s not good for anyone. But being able to define it and put your finger on it … and be more diagnostic about the probable impact was really eye-opening for me.”

Sending more negroes into the Whitest areas of Montana and Idaho is clearly the answer.

I would imagine. Good luck trying to learn when Dajewjuan is going off like an air raid siren, SirDarius won't stop (c)rapping about its penis and La-ah keeps screaming about how "Dem hoes be yella! You yella!" Must be White racism causing Whites in negro schools to learn less. Come on, use your imagination! 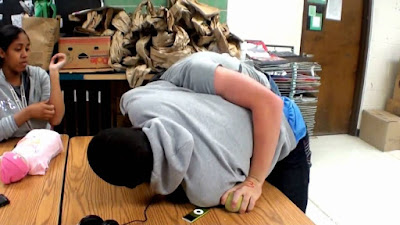 For some reason this White student is also struggling.


But what did surprise Carr, she says, was that the achievement gap for black students was largely due to the performance of black male students, not black female students.

I'm waiting with bated breath for the amazing scientific explanation of what we're currently calling the "Muh Dikk Effect."


The black-white achievement gap has been studied for years, but its relationship to school composition has generally not been explored.

"The Flat Earth theory has been studied for years, but the reasons why we can't see the world's tallest mountains on the horizon has generally not been explored."


Civil rights groups were quick to point out that decades of inequitable funding for schools, particularly for those with large populations of minority students, has played a significant role in establishing achievement gaps.

This nonsense has been proven wrong beyond any reasonable doubt, but when you get a paycheck for being a victim and hating Whites you have to protect that sinecure.


"It’s time we got serious about school diversity and providing resources necessary for every child to succeed.”

I guess expecting a "thank you" for over fifty years of wasting money on this failed race is asking too much. More needs to be done, much more.


The groups also underscored, however, that just because a school has a large density of black students, doesn’t mean that it can’t be successful on its own.

“We also have to highlight that there are examples of schools that have an overwhelming number of African-American students and are excelling at high levels, and I don’t want that point to get lost in our effort to push for more equitable resources,” says Sonja Brookins Santelises, vice president of K-12 policy and practice at The Education Trust, a civil rights advocacy organization.

We're not a total and complete monolithic failure, there's the occasional exception to the general rule of negro pathology. Now gibs me dat. 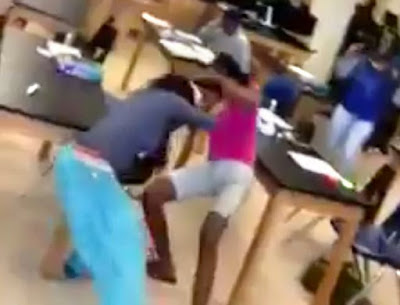