October 13, 2015
As the U.S.S.A. enters the late stages of kosher necrosis, as the dead tissue begins to disintegrate, we're going to start seeing the sort of crimes formerly restricted to the African all against all. Crimes like machete attacks featuring an Africa Ball animal that apparently didn't receive sufficient or correct worship from the pathetic legions of drunken White sports cucks. Does it bother you, White sports fan, that the genetic alien on "your" team, the great hero for "Red" in its long war with "Blue," would gladly hack you to pieces given the opportunity? I guess not, because you keep watching, staring numb into the synagogue in the living room, passively observing your own humiliation and displacement unfold in real time.

A 21-year-old who was an All-American in high school before leaving to play wide receiver at Texas A&M for the Aggies has been charged with murder for hacking a random jogger to death in Dallas.

What a hero. Awards in high school, a chance to play for our mighty tar-complected "Aggies," running it in for the big "tug." This is proof that we are benefiting from "diversity." That whole horrific knife attack thing is just random and unimportant, don't worry about that, goyim. 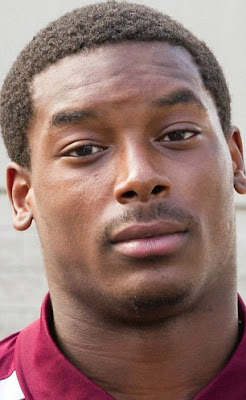 Worthless turd played with a ball, committed a "random" murder.

Thomas Johnson killed the jogger with a machete on Monday morning along the White Rock Creek Trail and then called 911 to report the stabbing, said Dallas police Deputy Chief Rob Sherwin.

Lethal machete attacks, not just for the Dark Continent anymore. If you're still uncertain about the need for concealed carry, I'm not sure what else can be said. We're living among dangerous and moronic animals that are one bad day away from going Full Africa. You need to be armed.

After Johnson, who last played for A&M in 2012 with Johnny Manziel at quarterback, was arrested, he told detectives he 'was angry about a situation and he just picked somebody to murder. 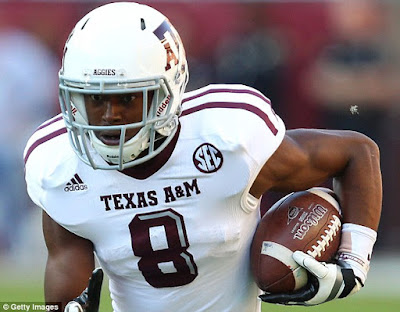 
The jogger, who was not been identified at this time, was transported to Texas Health Presbyterian Hospital and he died of injuries 'consistent with a large-edged weapon', NBC Dallas reported.

Suffice it to say, this unknown victim turns out to be White. Another one of those crazy coincidences, go back to your warm beer and gambling. Yell at the telavivision to make your negroes play better. Wait to become the next victim.


Deputy Sherwin said: 'It appears that Mr Johnson picked this victim at random.

Random incident, wrong place at the wrong time, isolated incident, race not a factor, unlikely to ever happen again, good boy, life about to turn around, future negro ball star, Johnny Manziel, got an award in high school for running and crashing into other brown monsters, etc. 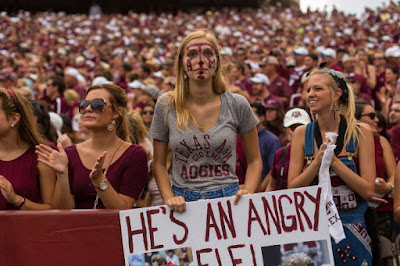 He picked someone (i.e. a White) to murder!

'It's absolutely random. He just attacked him. He told our homicide detectives that he was angry about a situation and he just picked somebody to murder.
For the last time, this was "random." Come on, use your imagination. We all know negroes are doctors and lawyers and intelligent and highly desirable sexually, haven't you ever watched the talmudvision?


'I believe there's more to that story. It's just very unusual. It's quite shocking.'

Yeah, another highly "unusual" negro crime to throw on the pile with all the others.

The witness said: 'As I get closer and closer I could tell it was a machete and there are repeated blows that are occurring.

"I was unarmed and therefore useless." 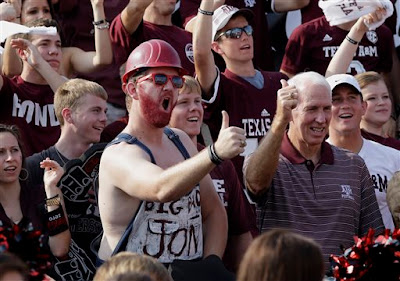 I love cheering for one group of negroes to beat another.

'It was apparent to me by the time I got close that there was nothing that could be done for the person.


The A&M dropout was on probation after being charged with evading arrest, burglary and auto theft last year, but his probation was at risk because of marijuana use, the Dallas Morning News reported.


He mysteriously left the Aggies after making three catches for 22 yards in A&M's 29-24 win against No 1 Alabama in 2012, but was located back in his hometown of Dallas after a 48-hour search.


Johnson ended up withdrawing from school following a productive freshman season where he caught 30 passes for 339 yards and a touchdown over the course of ten games, ESPN reported.

Let us mourn over yards that will not be gained, "tugs" never to be scored.

The wideout was an Under Armour All-American coming out of Dallas Skyline High School and was ranked as the No 3 receiver in the US when he signed with A&M after first committing to play for Texas.

It managed to ruin a guaranteed four years of snow hoes and White worship followed by possible Negro Felon League millions with its own sickening pathology.


Police said the murder involving Johnson is not connected to the killing on an 18-year-old girl who was found dead in a minivan in a creek near the trail about a half hour after the jogger was found.

Don't worry, the 90 I.Q. officers should solve that one. 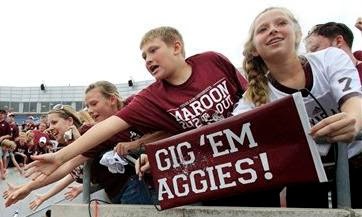