November 02, 2015
For future reference and mutual benefit here's a list of people that you can safely discriminate against in our dead nation: Whites. Yes, it certainly helps if the Whites being eliminated are also rural, Christian and enjoy natural sexual relations, but at the end of the day all Whites are going to be removed so let's not get too attached to the negro impersonators, "not religious but very spiritual," and sodomite ones either. We need to get rid of Whites, this is the closest thing to a coherent national vision the U.S.S.A. has, along with "putting things up your rectum is heroic" and "Our Great Ally, Israel."

In Minnesota, the American Sweden, all out war has been declared against the indigenous population. Bring in the Somali, bring in the la-teen-oh. It will make everything better, trust us. We've got to get rid of whatever vestiges of past peace and prosperity remain and turn our state into a very cold version of Brazil. It's the right thing to do, just ask the insane cultural marxist governor.

Sorry Whites, your wide range of eye and hair color, your intelligence and creativity and your ability to create civilization just isn't "diverse." We need nigga bodies (Ah! Ah!) and wise la-teen-ohs. It will destroy everything you've built, but it's worth it to win the fleeting approval of an enemy that wants us dead. The jew might even stop bleating about "racism" for a few days before resuming the assault, if we do a really good job kicking out the world's most hated and rapidly dying minority. 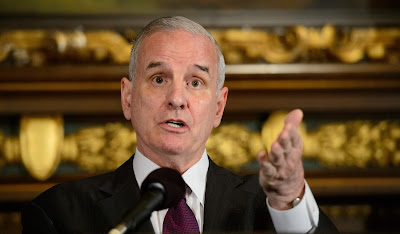 Dayton is pledging to change that. He said state government can better serve the state’s increasingly diverse population by having more executives of color to craft state policy.

There's no evidence to support this claim and plenty to refute it (e.g. Detroit) but let's trust this treasonous scumbag and the Light of the World pulling his strings. Brown skin good, White skin bad. All people are equal, some much more so. It's because of White people that the windmill collapsed. 2 + 2 = 5.


Dayton said he is committed to ensuring that more diverse faces fill in the “fabric of state government” and that if he is successful, the initiative will endure long after he has left office.

It might last several years, before everything collapses and burns. What an amazing legacy. I helped to kill my state, kill my own people. Mark Dayton is excrement. 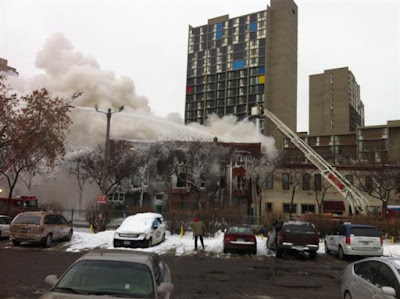 Sky ghettoes and fires, the wonders of Minnesota "diversity."

Efforts to recruit top talent of color won’t be easy.

Yeah. No shit. That 15 point I.Q. deficit and everything. Better get rid of anything written in cursive.

It's all your fault, evil White person we're planning on removing. You need to accept that Juan speaks a dozen words of English and can't use a toilet correctly, that mo-ham-head from Somalia is using the filing cabinet to store live chickens, that La-ah has goofy long nails and is somewhat work shy and oh by the way, you're fired.

A report by the newly formed Diversity and Inclusion Council showed employees of color reported higher resignation rates and lower promotion rates than their white counterparts.

Witch-finder General finds witches! Stalinist office discovers the ungood realities that can only be explained by "racism" and certainly not the inherent pathology of the lower races.


New employees also reported a lack of mentors and not feeling welcome by co-workers. 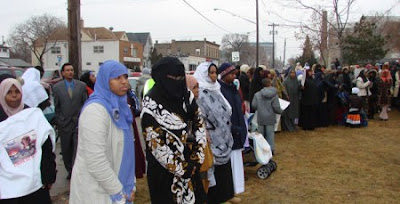 
Dayton’s recent championing of diversity efforts comes amid criticism by some black political and community leaders who said in September his administration had not done enough to address the vast racial disparity in Minnesota’s economy.


The governor has had middling success boosting racial diversity on his own cabinet, top agency commissioners whom he appoints. Of Dayton’s 24 cabinet members, only two are people of color, about 8 percent.

Wow, "boosting." It must be doubleplus good! Meanwhile he's had no success "boosting" the "diversity" in the gated White community this turd huddles in when not betraying his own people.


Dayton’s administration is doing better with racial diversity in his own office and with judicial appointments.


“If you really can’t stand your next-door neighbor be somebody different from you, go to Wyoming, go to Utah,” Dayton said.

In other unrelated news those states are being targeted for "refugee" invasion. We must chase down every last White person.


“Find a refuge where it’s still homogenous as it was here 30, 40 years ago. Don’t go around thinking these people don’t belong here.”

Run away from the rot Whitey, that should save us. There's nowhere left to go. We stand or die. 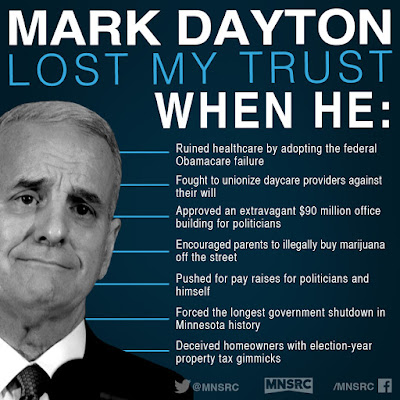