June 10, 2016
Our enemies have correctly interpreted our suicidal generosity as the weakness that it is. All the groveling, foot-washing and pathetic capitulation have earned no goodwill whatsoever from the army of allah currently conquering Europe and it's likely they'll begin slaughtering the White population as soon as they have sufficient numbers. This is how our homelands die, not in glorious battle against all odds but on our hands and knees, whispering a prayer to the false god of equality because saying it loudly might offend the genetic alien preparing to swing a scimitar at our exposed necks. At least this proves we're not "racist," right?

Visitors to the church of St. Anthony in Ventimiglia, Italy, were recently told to “pray in silence” to avoid upsetting African migrants being housed in the building.

We don't want to offend the biological weapon with anything resembling healthy spiritual traditions. Instead look at the wall and mumble your little worthless prayers through a ball gag while the rapefugee has its way with your country. Please don't upset a merciless enemy that's here to loot, rape and kill. It's very important we maintain this sanctimony so we can get a eulogy relatively free from words like "xenophobic" as Europe's corpse is lowered into the cold and uncaring earth.

In a sane and healthy nation every single scumbag in this "charity" would hang by the neck until dead for their appalling treason. We need to realize that the hypocritical false virtues of self-loathing and negation seen in the White do-gooder traitor are every bit as damaging as the endless jewish attacks.

A priest eventually took women who complained to another place of worship, Breitbart News reported.

Go somewhere else, Whitey. We're almost out of places to run. The time to stand or die is coming.

Italy, like other European nations, has struggled to absorb waves of migrants from the Middle East and North Africa due to Syria’s ongoing civil war and the collapse of Libya.

While Germany sucks on the "immigration" shotgun Italy gets kneecapped by a rapefugee invasion. That "Syrian civil war" and "collapse of Libya" sure is widespread, apparently touching every area full of worthless non-White sewage. We must take them all, it's the "right thing to do." 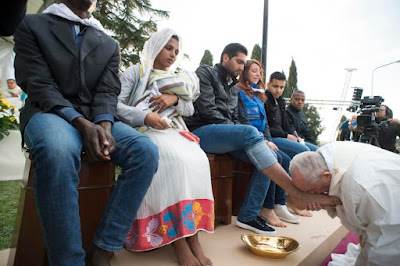 A pope that belongs on the end of a rope.

The International Organization for Migration puts the number of migrants who arrived in Europe in 2016 at 206,000. Italy has reportedly taken in 48,000 thousand of those migrants.

This is White genocide. Europe is dying.


Roughly 50 migrants cross into Ventimiglia, a town of 55,000, every day, Breitbart reported. The town’s mayor, Enrico Ioculano, has called the influx an “untenable situation.”

Yeah. No shit. Groveling appeasement isn't going to save you. 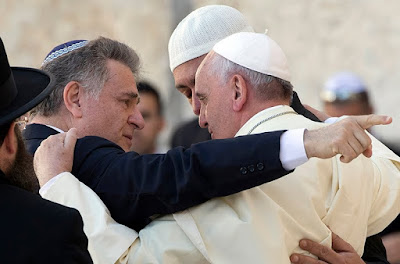