July 19, 2016
You live in a homogeneous, prosperous and spiritually healthy White nation. You are told by a tiny minority with hooked noses and weird little caps that this state of affairs is highly undesirable. First the spiritual poison is injected: fight horrific wars against your relatives, live for hedonism and materialism, don't have children, abandon faith in anything except your kosher rulers and a nebulous and deeply broken desire to "do the right thing." Flood in the mud. It makes sense because there's a "labor shortage" that can only be fixed by an invasion of unskilled welfare leeches. If your new brown "friends" should happen to get violent, that's probably your fault as well and how come you haven't died yet? Debase your homelands, forsake your responsibilities. Die for the jew.

ISIS has released a chilling video of the Afghan refugee who went on an axe rampage on a German train where he says he will attack the country in revenge for airstrikes against the terror group.

More memory hole material from the good ol' junior varsity team that we armed and funded. The real victims are the hypothetical semi-decent mudslimes who might get an unkind glance or two as the bloody chunks of jihad axe victims are removed and tossed on the heap with all the other White victims of "diversity." You're just going to have to get used to it. The moon cult attacks will now occur with predictable regularity just like bad weather and we're just as helpless to stop it because we could never deport all these sand people and it would be wrong and "xenophobic" to do it and here, drink this alcohol and watch some more talmudvision.

The attacker, who is named in the footage as Muhammad Riyad, was gunned down by armed police after fleeing the scene near the city of Wurzburg, 70 miles north of Nuremberg last night.

The mighty strength of "diversity." A sea of identical looking and behaving barbarians, all with the same first name, same loyalty to a desert death cult and same violent hatred for the weak Whites that let them in and gave them all the hand-outs. We need a lot more of this so that Europe will "survive," ask any of g*d's chosen. 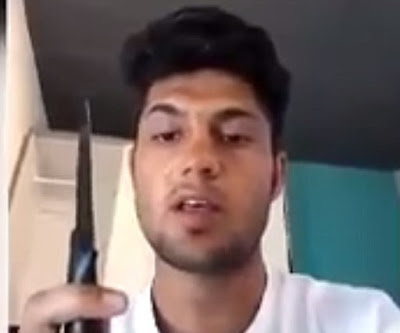 He is believed to be 17 years old although in the video, he appears he could be much older.

Another immigrant "child," good kid, turning life around, about to go to college, certainly didn't have an unhealthy interest in sharp objects and inserting said objects into kuffirs.

It has been revealed he moved to Germany two years ago and had been living with a foster family in Ochsenfurt for the past two weeks.

Thanks for all the suicidal generosity, foster family!

As many as 19 passengers needed hospital treatment while three victims are fighting for their lives after being attacked with 'cutting and stabbing weapons'.

The important thing is to learn nothing from this incident and forget it happened.


An eyewitness said the train, which had been carrying around 25 people, looked 'like a slaughterhouse' after the rampage, with blood covering the floor.

Good thing we defeated the evil nawrtzees and saved Germany.


Knife in hand, he then announces in Pashto, an Afghan language, he would carry out an 'operation' in Germany, and presents himself as a 'soldier of the caliphate'.

It appears there are consequences in welcoming an invading alien army full of fighting age men. How many more "operations" in Europe? How many more Whites must die?


"Our apostate politicians have never tried to stop you, and Muslims have never been able to fight you back or even speak against what you do. But these times are gone now."

Our jew-controlled politicians never tried to stop you from pouring over open borders. If we spoke out against it we were imprisoned for speech crime. We were told we had to do it, that it was for our own good and muh economy. A lot of Whites might have even believed this. These times are gone now. 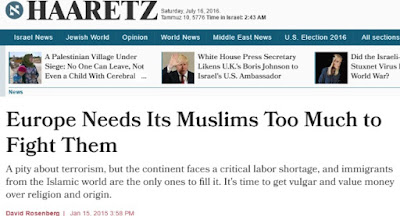