August 10, 2016
Negro lives don't matter. There's nothing unique, special or even slightly valuable about a monolithic dark mass of identical looking and behaving evolutionary dead-ends. They need to be removed. Their exciting innovations in (c)rap music and putting balls through loops would hardly be missed when stacked up against the massive pathology of this failed race that would abruptly stop after their deportation to The Mother. Let them get back to building mosques out of a mud-dung mixtures and flying, it's wrong and "races" to try to force them to live in a civilized White nations. Obviously the cultural marxist agrees with me, because when the nigga bodies (Ah! Ah!) hit the floor in the Chicongo all against all the silence from pound-sign black lives matter was deafening.

Monday was the deadliest day in Chicago in 13 years, and 10-year-old Tavon Tanner got caught in the worst of the gun violence as he played with his twin sister on the porch of his Lawndale home.

You probably remember all the mainstream media attention this received, complete with I.Q. graphs and an admission that without the negro and la-teen-oh there would be virtually no gun crime in the U.S.S.A. That or it just got the memory hole treatment. Let's instead focus on the "look at that boy run" from the Brazilian shithole that represents our own dark future if we don't wake up from the jewish nightmare of "diversity."

A man in his early 20s had been shot in the head at a basketball court where Tavon was not allowed to play.  Two hours later, an older man was shot and killed about four blocks away.

Jungle creature catches one to the "dome" while trying to get dat bakka-bawl awn. Another anthropological curiosity was made more aerodynamic by high velocity projectiles. Open tribal warfare in a dead city, the jew mayor and the magic negro left-handed police chief are helpless against the content of their character. I've got a chopper in my trunk for Western Civilization.

Less than an hour later, someone fired as many as nine shots in front of Tavon's home in the 3900 block of West Polk Street, hitting the fifth-grader in the back.

You really have to wonder how the jew that first suggested these monsters were actually fully human and our equals wasn't immediately laughed out of the room.

"I can’t breathe," he kept yelling, banging his fists against the floor, according to his mother, Mellanie Washington.

There's an original sentiment. Hands up, don't "bust" at my collapsing negro hovel. Sorry kid, we can't use your death to attack normal White America so your life doesn't matter. 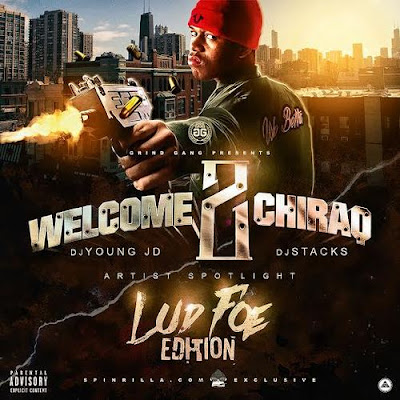 You'll get the bill for this, White tax-paying chump.


Tavon was among 19 people shot Monday in Chicago.  Nine of them were killed, marking the most homicides in a single day in the city since July 5, 2003, when 10 homicides were recorded, according to a Tribune analysis of police data.

It's almost like the negro is getting worse instead of better, but I'm sure the newest "muh programs" will fix the inherent genetic shortfalls. A little more groveling appeasement and fewer Whites couldn't hurt, either.

The rich tapestry of negro life. A silver-back porch sitter gets wasted, a successful and no doubt law-abiding "African-American" is ended in its luxury "whip" and the always dangerous activity of standing around while black.

Police reported no one in custody in any of Monday's shootings, including Tavon's.

"My son didn’t do nothing to anyone," Washington said. “None of us did. ... I don’t understand this.”

Washington's sister stood next to her. Tears streamed down her face as she recounted the shooting. “It was like on TV,” Murphy said. “I never imagined this would happen.”

On the talmudvision they're generally doctors and lawyers and not criminals who take head-shots while sitting in the rizz-ide, but I guess you're referring to the local news and its quick and dispassionate recaps of the latest jungle battles.

Clearly the brown blobs captured by the high-quality footage should be enough to pick out the specific special brown shitflake behind this latest senseless crime. We'll be sure not to help you or anything because the po-po be "races" an sheeet and we all know you gots dem kam-rahs.

They're simply not compatible with a White civilized nation.

“I’m trying to help too,” Gardner said, raising her voice even more. “But you don’t help me. I owe $800 now in tickets. … You’re psychotically putting tickets on cars …”

The Crabgrass-American ignores the rules of society and then whines about the "racism." It's time for them to go, along with the jew that unleashed them.

“Have a nice night,” one of the detectives said.

Good night and good luck. Enjoy your all against all, see you next time some pickaninny gets ventilated. 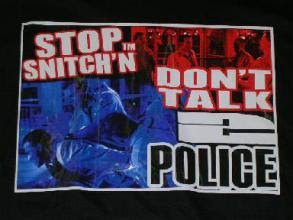