August 12, 2016
The negro should begin to improve any day now, if we just keep groveling and paying, if we ignore reality with all our might, if we blame muh slavery and "racism" for the genetic shortfalls of a race so alien it must be classified, at best, as a failed branch of humanity. More needs to be done, a lot more, especially since the negro in Current Year is worse than ever. In the Chicago plantation, deep in the Heart of Darkness, after the Whites have fled, we get a good look at our dark future if the current insane national trajectory is allowed to continue. Savage beasts with foreign genetic material are preying on each other in record numbers, while the magic southpaw negro police chief and the skeletal jew mayor watch with disinterest. Maybe blame this on law-abiding gun owners?

Nearly 100 people have been shot in Chicago in less than a week, pushing the number of shooting victims so far this year to more than 2,500 — about 800 more than this time last year, according to data kept by the Tribune.

All out jungle warfare in a city annexed by Africa and the Latin American sewer. As the rule of law erodes, because trying to stop the negro from destroying civilization is "racist," whatever minimal restraints that were keeping the living fossils from complete all against all are gone. The black lives matter. Blue lives matter. All lives matter. It matters so very much, all the unique and precious value. 2,500 shot. We should be loyal to the nightmare of our choice.

The number of shooting victims in Chicago stood at 2,514 Thursday morning. At this time last year, 1,725 people had been shot.  The city has not seen this level of gun violence since the 1990s, a trend the Police Department has blamed on lax gun laws and feuding gang factions.

The problem is clearly White people with too many freedoms and maybe a few minor negro and la-teen-oh social club misunderstandings. It would be a lot more honest to call this disaster the predictable end result of low I.Q., lack of future time orientation and tribal warfare between racial inferiors. 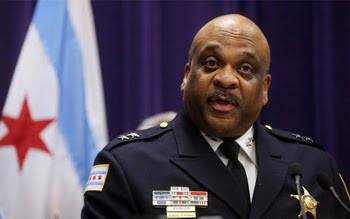 A 45-year-old man was killed and two others were wounded when someone walked up to their van in the Gresham neighborhood around 1:55 a.m. Thursday, yelled "Hey" and started shooting, police said.

Sitting in a car in the small hours with your fellow evolutionary dead-ends seems to be more of a problem than "lax gun laws." We don't know what these morlocks were up to, but you can be sure it was perfectly legal.


About 10:20 p.m. Wednesday, a 22-year-old man died after being shot in the head in the West Pullman neighborhood on the Far South Side, police said.

A turd-colored monster catches one in the "dome," its receding forehead and brow-ridge failing to protect the minuscule frontal lobes.


A 22-year-old woman was in a car traveling west on Adams Street near Oakley Avenue when a black Hyundai sedan pulled up and someone got out and fired shots, police said. The gunman ran away as the Hyundai sped away, police said.

We got great gas mileage on this pathetic example of why deportation is the only viable solution to the negro problem.


Around 12:20 a.m., a 34-year-old man was critically wounded in the Lawndale neighborhood on the West Side, police said.  The man was shot five times in the 4200 block of West Grenshaw Street. He was taken to Mount Sinai Hospital, where he was listed in critical condition, police said.

The purpose of modern medicine: to pull high velocity projectiles out of a tar creature so it can commit additional crimes. Don't worry, you'll get the bill for this nonsense.

About 8:25 p.m. on the Far South Side, a 32-year-old man was shot in the back in the 700 block of East 105th Place in the Roseland neighborhood, said Officer Thomas Sweeney, a police spokesman.

"These are our equals and you're a horrible person if you suggest otherwise," said the rat-faced man with the #6 nose and a weird little skullcap. 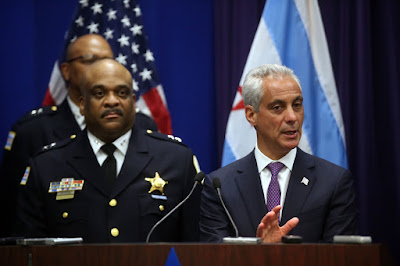