Chicago: Shootings Across the City

October 27, 2016
I'd like to start by making it abundantly clear that this is a new article, dealing with recent events and not a cut-n-paste of previous Chiraq pathology. I understand the confusion, since the details and negro names do tend to blur together, but I must assure you that what follows deals with last weekend's monkeyshines and is not a reprint or a composite of the Chicago Plantation tribal warfare. It will just appear that way, because the negro and la-teen-oh animal are completely predictable in their failures. Perhaps it is a little surprising that we're still putting up big shooting numbers in late October, but a combination of the eroding rule of law, apathy, Whites fleeing the rot, cowardice, total ineptitude from the magic negro Top Cop and the skeletal jew mayor and the general decline and fall of our cities will have to suffice as an explanation.

Eight men were killed and at least 30 other people were wounded in shootings across the city between Friday evening and Sunday night.

Africa in the Middle West, a dying city where the content of their character can now be fully expressed. Here we see the color of crime, a brown monochrome. This is a world without Whites. This is hell.

Officers responding to a call of shots fired just after 7 p.m. in the 1900 block of North Karlov when they found the Samuel Williams unresponsive on the ground with gunshot wounds to the face, chest, back and hand, according to Chicago Police and the Cook County medical examiner’s office. Williams was taken to Illinois Masonic Medical Center, where he was pronounced dead at 5:33 a.m. Monday, authorities said. He lived in the 1900 block of North Kedvale.

A jungle monster is made significantly more aerodynamic by several bullet holes. Then it died. We're all equal.

About an hour earlier, a 22-year-old man was gunned down in a separate Lawndale attack. Officers saw shots fired about 2:10 a.m. in the 1500 block of South Christiana, where Isaiah Hurley was hit in the chest and pronounced dead at the scene at 2:25 a.m., according to police and the medical examiner’s office.

We should make it clear that this was a separate incident, involving another future brain surgeon or rapper and not your eyes accidentally reading the same paragraph twice. The negro monster, it brings so much rich "diversity" both in life and in its graceless expiration in the center of a street.

At 1:50 a.m., a 27-year-old man was fatally shot in the Rogers Park neighborhood on the North Side. He walked out the backdoor of his apartment in the 7300 block of North Sheridan and later returned and told his friends that he’d been shot, police said. He was shot in the back and taken to Saint Francis Hospital in Evanston, where he died at 3:30 a.m., authorities said.

The details are a little sparse, so I'll fill them in using what I've learned from watching the talmudvision. "If you'll excuse me fine sirs, I must step out at 2 am for reasons that are completely in keeping with both the letter and spirit of the laws of our great country. I must perform some doctoring and/or lawyering, but I won't be too long." *returns* "Bad break, fine gentleman. It appears I've suffered a gunshot injury, been 'shot' if you will, in the back. It might be time to dust off my Obama card, chaps." *dies*

Taiwan Fox, 18, was found unresponsive about 11:40 p.m. on the sidewalk in the 1100 block of West 81st Street with gunshot wounds to the back, neck and groin, authorities said. Fox, of the 500 block of Rhode Island Street in Gary, Indiana, was taken to Christ Medical Center in Oak Lawn where he died at 3:44 p.m. Sunday, authorities said.

A rust-belt living fossil on a Chicongo vacation catches hot lead in muh dikk and elsewhere, provides one final drain on a system it abused for its entire short life, gets limited. 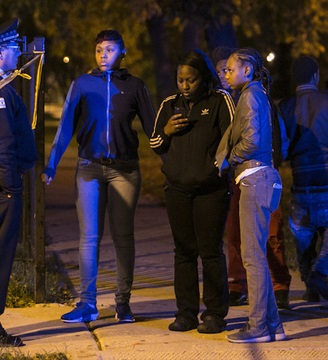 The weekend’s first fatal shooting happened about 1:40 a.m. Saturday in the West Garfield Park neighborhood. Officers discovered Sentwali Davis with multiple gunshot wounds to the head about 1:40 a.m. in the 4200 block of West Wilcox, authorities said.

Congratulations to this worthless animal on being the first dead negro on one randomly chosen Chiraq weekend. This is the greatest achievement it could have reasonably hoped for. 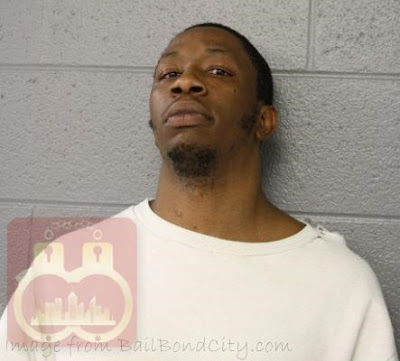 Sentwali in happier times, courtesy of a bail bonds website.

At least 29 more people were wounded in other shootings across the city between 5:50 p.m. Friday and 7:05 p.m. Sunday.
In other news there's Negro Ball on your telavivision and you should really start watching goyim. The ratings are plummeting and we're losing shekels.


Additionally, a Chicago Police officer shot a person who authorities say pulled a gun after running from a traffic stop Sunday morning in Englewood.

Jesse Owens act, pulled out a sandwich book gun, could this be the next black life that matters or just another nigga body (Ah! Ah!) for the pile? 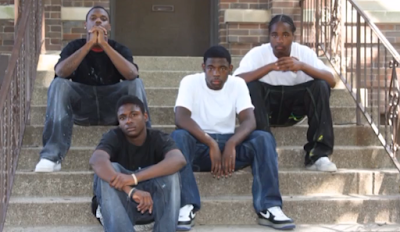