January 13, 2017
I've been talking about the American negro and its considerable failings a lot lately, mainly because for many Whites noticing the manifest inferiority of the living fossil is the first step to waking up and seeing the world as it really is. Talking about the jewish role in international banking or the Frankfurt School is largely useless when dealing with a slumbering White. After all, that's not-see talk. Conversely, even mainstream kosher "science" has been forced to admit there is a racial gap in intelligence and that this gap is going to have serious consequences on everything from crime to bastardy to building a house that a beaver couldn't replicate. From there it's a simple matter to explain to the opium dreamer that the negro contains foreign genetic material not found in any other branch of humanity and this accounts for their extremely divergent appearance and pathological behavior.

Once the "we're all equal" delusion has been ground into dust by indisputable facts we can start talking about the traveling merchant, but you have to walk before you can run. Meanwhile, that same jewish enemy continues its desperate attempts to uplift the evolutionary dead-end, slapping an ugly negress on the new shekel. See, no different than a White person, goyim. This half-human creature only fails because of your sins. You need to grovel. You need to die.

The US government on Thursday issued a new commemorative collector coin featuring Lady Liberty depicted as a black woman – the first time in history that the famed symbol of Americana is portrayed as an African American.

Another exciting "first" for the Crabgrass-American, just in time for Mulatto History Month. Look out China, we're putting what you call "ghost slaves" on our coins! This is a major victory for head-in-the-sand denial of what every sane person understood a hundred years ago. 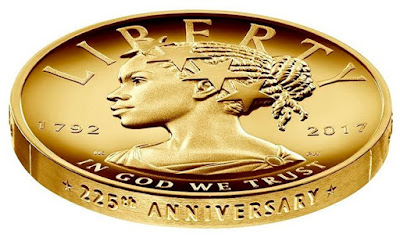 The 2017 American Liberty 225th Anniversary Gold Coin shows the woman's head in profile with a crown of stars.

Sort of like the cartoon stars that circle a character's head when he's dazed or stunned, a state Amerika has been in for about fifty years and is finally starting to shake off.


'As we as a nation continue to evolve, so does liberty's representation,' said Elisa Basnight, US Mint chief of staff.

Think of it like those crude, debased and artistically unpleasant coins the Roman Empire produced as it "evolved," circa 400 A.D.

'We live in a nation that affords us the opportunity to dream big and try to accomplish the seemingly impossible.'

Holding the negro to even the lowest standards of proper behavior certainly does seem impossible.


The new edition will be released for public consumption in April, according to NBC News.

There's no chocolate in there, so please don't try to literally consume it, American zoo.


It is the first in a series of coins that will show Lady Liberty as a minority. Future coins will show her as an Asian America, Hispanic American, and a Native American 'to reflect the cultural and ethnic diversity of the United States.'

This pathetic act of appeasement will lead to no discernible improvement in the "minority" but at least we can signal our virtue and bask in the sanctimony when we're not fleeing the rot represented by the idealized brown faces on the funny money.


'Will there be a Caucasian version as well? To represent all diversity?' one Facebook user asked.

"Diversity" means fewer Whites, so "no" is the obvious answer.


'You keep the ugly thing,' another Facebook commenter wrote, using all capital letters. 'Not for this American.'

Shove it up your tuchus, jew.

This is all fun and games right now. You haven't even seen us mad yet, ha ha. 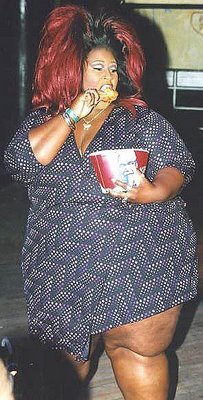