Good thing Chiraq has no other problems, like 70 primitives getting drilled over a single weekend, for example. We can now focus on what really matters: defying the rule of law and rejecting the most basic first principles of what constitutes a nation-state. This is the death of the United States as a meaningful corporate union. Totally corrupt scumbags will simply ignore their responsibilities to a central authority because it might slow down the kosher planned demolition of our ancestral homeland. We sure didn't learn about any of this in my civics class. Civil War 2 looms large as a dying country prepares to Balkanize along racial lines.

Lightfoot said Wedneday that the city has taken steps to ensure that the Chicago Police Department (CPD) will not cooperate with ICE ahead of sweeps that are expected to begin Sunday.

The alien dyke is doing a fantastic job. All the failures and disasters are forgiven by this anti-White posturing. Illegal looters must be allowed to feast on the rotting carcass of the Midwest Mogadishu. It's the right thing to do. 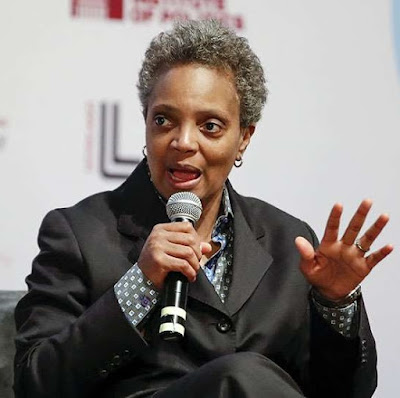 "They will not team up with ICE to detain any resident. We have also cut off ICE access from any CPD databases and that will remain permanent," she said, adding that she had spoken with the agency's leadership to object to the planned raids.

The North American Economic Zone is for everyone. These soulless and moronic may-hee-can fuckwads are more American than you. It's time to abolish ICE. Let's just give up. Semite-assisted suicide is the wisest course.


"Chicago is and will always be a welcoming city that will never tolerate ICE tearing our families apart," she said.

When I think of "welcoming," the first thing that comes to mind is the Chicongo all against all. Also, please think of muh famblies. Look at the poor Guatemalan larva in a cage. All they did was break the law, it's not like we can punish them. Get in the grave.

Chicago police spokesperson Anthony Guglielmi told The Chicago Tribune that ICE agents will not be able to access the city's Citizen and Law Enforcement Analysis and Reporting, or CLEAR, database, but other federal agencies will still have access.

What, no updates on how many illegal guns you successfully removed from "the street?" Instead the comically phony tough guy prepares to grovel before illegal invaders in service of his jewish master.

"All other federal agencies still have access to these systems, as sharing this information is crucial to active criminal investigations in which we are partnering with federal agencies along with intelligence sharing functions that are vital to national homeland security functions," he told the newspaper in a statement.

Don't worry, we're still going to keep track of Thought and Face Crime. We need another prison amnesty for "non-violent" inferiors so there's lots of room for political prisoners.


Some in Chicago have expressed concerns that ICE could still access the city's data through those federal agencies that use incident and arrest data collected by police.


The New York Times reported Thursday that ICE would begin raids Sunday. The raids were initially planned for last month, but President Trump tweeted late last month that he had delayed the possibility of raids for two weeks.

We should begin deporting those "millions" any day now. I really believe it's going to happen this time. We're going to win so much. I can already feel myself getting sick and it hasn't even happened yet. 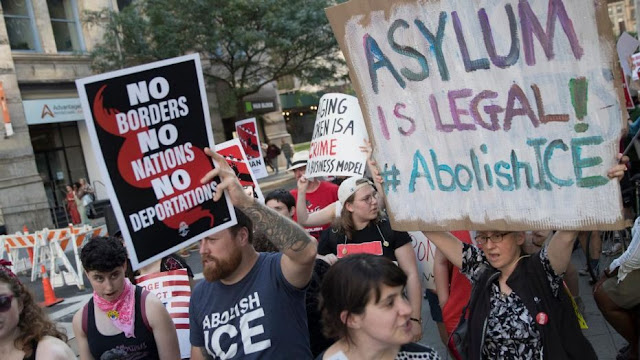