January 30, 2020
Democracy, defined as counting the burry heads of moronic racial aliens, is the best system. This is why it must be violently spread throughout the world in disastrous wars for the jew. There is a massive wisdom in using the collective ignorance of brown outsiders who must be bused by communists to flat nose count locations to select the useful idiots who will act as jew puppets in your doomed homeland. Consider the success this system has had in Cuck Island, also sometimes called the United Kaliphate. The mighty strength of replacement immigration has given London a moose-limb from a distant desert as mayor. As inspiring as this is, much more needs to be done. It's time to elect a masked tar monster. Mob rule is very reasonable.

Rapper Drillminister has announced he is standing to be the next Mayor of London as he said he was inspired to enter the race by Donald Trump's unexpected electoral success.

It sounds like a story out of the Chiraq all against all, but this good boy and its "banga musik" is actually based out of not-so-Great Britainistan. This is why "diversity" is so exciting: you get the same ugly and pathological dark garbage everywhere.

Drillminister, who wears a balaclava in public, will join the contest for City Hall as he looks to oust Labour's Sadiq Khan.

An idiotic negro who won't even show its primitive facial features is joining this amazing experiment in tribal degeneracy. Be sure to vote, vanishing indigenous population. You have a choice between a hooded thug and a moon cultist.

Drillminister said the US President had proved that an underdog could win a major election, telling the HuffPost website: 'People didn’t take Donald Trump seriously when he was running. He’s the most powerful man in the entire world.'

Yeah. The phony tough guy can't even wipe himself without jewish permission. 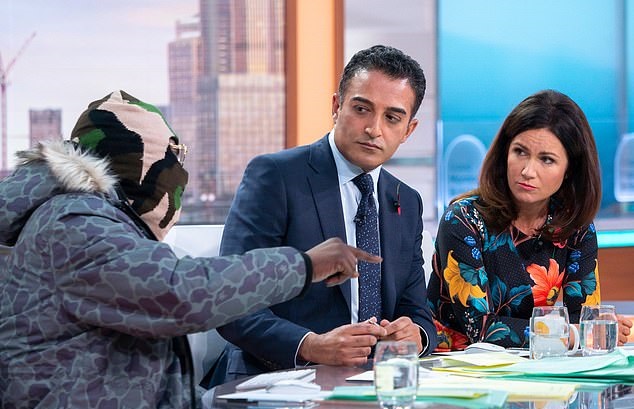 Drillminister has previously hit out at what he described as the hypocrisy of British politicians for deriding the hip hop genre of drill music while also using violent language themselves.

The artist went viral in 2018 after releasing a cut-up track that uses quotes from MPs in which they talk of, among other things, stabbing each other in the back.

"Viral" is definitely the right word for this spiritual sickness.

Politicians and police linked the drill scene in the UK to a rise in gang violence, which resulted in multiple music videos being removed from YouTube.

I have a hard time believing quality art like "Stab the Unbeliever" and "Using a Machete on my Delusional Benefactors" might have led to bad behavior from the precious alien masses. Also, someone in parliament once said "You stabbed me in the back!" which is equivalent to (c)rap music constantly encouraging attacks on the same weak Eloi who welcomed the enemygrant hordes.

Drillminister said he planned to put politicians 'in their place' during the mayoral contest, with the capital set to go to the polls on May 7.

I'm going to drive a truck right through the red tape!

He said he is planning to make 'serious, serious changes for London' if he is elected as he suggested that the other candidates in the race were not proper Londoners.

This negro scumbag is a much better Londoner than you, you "racist." There will always be an England. Aren't you glad you bravely fought the "not-sees" during the jewish century?

His manifesto will reportedly include pledges to improve mental health support and housing in the capital.

More free stuff for "crazy azz nikkas" is a platform we can all agree on. And it doesn't matter if you can't, because your vote will be cancelled out by dark outsiders brought in by the merchant to act as a biological weapon against you.


He said he had also been inspired to stand by his great-grandfather who fought in the Second World War.

Meet one of those mythical negro soldiers who liberated the "death camps." I was about to be gassed for the seventh time when the hero schwoogies showed up, etc.


He said: 'So if my grandfather's sacrifice to make sure that we can all be free today and I can have this opportunity to make people vote for me isn't good enough, then I don't know what people understand of democracy because that is what Drillminister stands for, democracy.'

There's a lot more truth here than this worthless animal could possibly know. 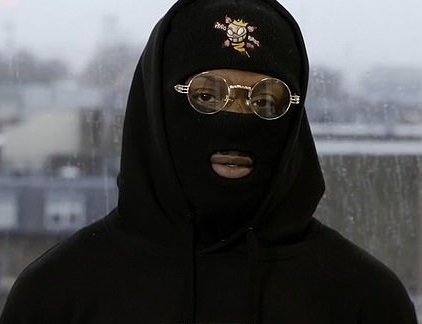