March 16, 2020
Shocking footage captures a gang of youths stamping on a man and hitting him over the head as he lies on the road in broad daylight.

Those crazy "youths" and their innocent exuberance for life. Just a couple of little pranks, nothing to see. You were young once and probably regularly participated in gang attacks, get off that high horse.

The video was posted onto social media and took place yesterday on Ben Jonson Road in Stepney Green, east London.

It's just a part of life in the big city and something you need to get used to. Brutal broad daylight attacks by moe-ham-head-dan alien looters are an important feature of our globalist sick house. Don't worry, I recorded the whole thing with my camera phone. That'll show 'em.

The clip shows a man curled up on the floor and surrounded by at least six people.

The religion of peace. Maybe the jew wasn't totally straight with us about the "widows and orphans" and "economic necessity." Bring the mud world into Airstrip One. What could possibly go wrong?

The man is then aggressively kicked and stamped on while another youth repeatedly whacks him over the head with what appears to be a golf stick.

We need common sense "golf stick" control. There's no reason you'd ever need to drive a ball that far. If the sand monsters had to stop to reload the sporting goods more often... 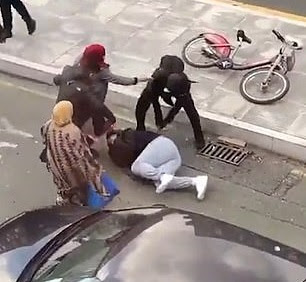 A woman intervenes in the brawl, attempting to stop one of the attackers, before another man helps and chases them away.

Butt-kicking womyn, just like on the talmudvision. Fortunately one of the last non-gelded Britons was also on hand or we might be reading about a "rape gone wrong."

Other members of the public help to restrain the attacker as the victim, who seems dazed, stands up and walks off down the road.

A nice metaphor for our current situation: battered into a moronic pulp by brown aliens under jewish instruction, now staggering in a haze of kosher pain toward a bleak and unknown future.

A spokesperson for the Metropolitan Police said: 'We are aware of a video posted online on Friday, 13 March that shows an assault on a male in Ben Jonson Road, Tower Hamlets. Enquiries are ongoing to trace the victim and suspect(s).'

In forty years we may actually arrest someone. 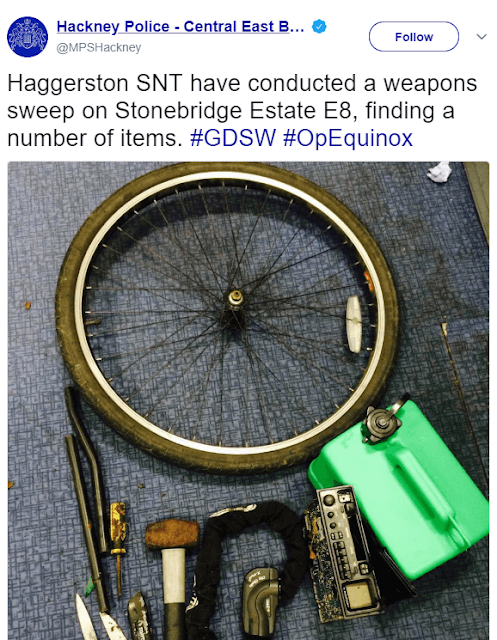